Vodka is a distilled alcoholic beverage that is one of the most popular spirits ordered in bars and seen served at parties. It originates from Russia and was known to have first surfaced in the 9th century, however, there are signs that it could have been even earlier than that. Despite its early beginnings, the beverage didn’t make its way to the U.S. until after World War II, and since its entry into the U.S., it’s popularity has only grown. It is known for its clear, odorless, and flavorless body, and can be mixed with just about any beverage. One of the most popular drinks made with Vodka, is the Vodka tonic. Others include the Cosmopolitan and the Screwdriver. Vodka is the Slavic word for “water,” pronounced, “woda,” and it’s made by distilling any of the cereal grains, wheat, barley, or rye, but the primary grain used as its base is corn. You can buy Vodka in a number of price ranges, from very reasonable, to 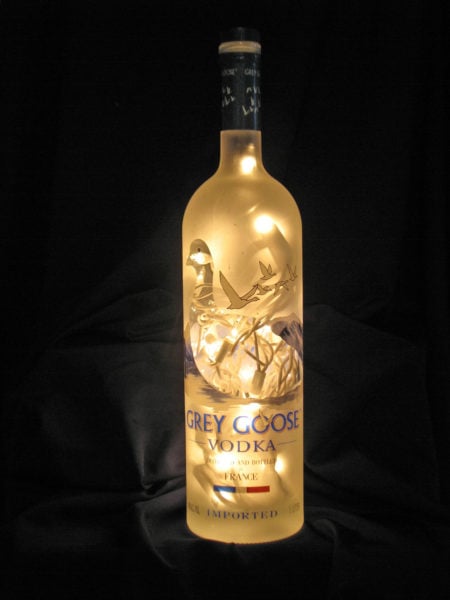 Made by the self-made billionaire, Sidney Frank, Grey Goose is one of the most popular Vodkas among the rich and famous. It’s made from French wheat and distilled in a five-step process that involves artesian spring water, water that is filtered through Champagne limestone located in the Gensac Springs, which aids in its crystal clear appearance and smooth taste and quality. The water is untouched by human hands or pollutants. Each bottle is beautifully decorated with wintry pictures of grey geese and they sell for $815 a bottle, making them one of the most expensive Vodkas on the market today.

The very successful business man, Lars Olsson Smith, who controlled about one third of all the Vodka in Sweden, even while he was so young, he was still learning to shave, he became the “The King of Vodka” for half of the 19th century. Absolut Vodka was a new kind of Vodka that he developed in 1879, and by 1979, it began being exported and immediately soared to the success that it is known for today. A battle of the packaging went on for the Vodka for years, until an idea hit him after seeing a medicine bottle in a store window, and associating the fact that Vodka was used in medicine, claiming that it cured a  number of ailments, Smith wanted to bottle his brand the same way. Furthermore, he did not want to stick a bulky label on it to hid the crystal clear liquid, thus, we have the Absolut bottle that we know well today. Bottles sell for $1,000 a piece, which puts this Vodka as the ninth most expensive on our list. 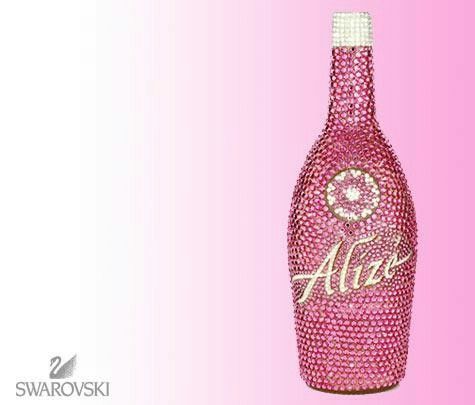 Alize is a liquor brand that develops a wide range of liquors, from Cognac, whiskeys, and of course, Vodka. They are known for creating beautiful, designs for their bottles that are over-the-top and extravagant. One of their most popular bottling ideas was the use of Swarovski crystals on their bottles, and if you know the name, Swarovski, you know they, alone, are pricey. A limited edition of Valentine’s Day bottles were designed by Alize, and inside them, were a concoction that they claim to be “the original drink of love.” The concoction consists of passion fruit, strawberry, lychee, and rose, all mixed with Vodka and Cognac. The bottles sell for $2,ooo and puts their Vodka drink as one of the most expensive ever sold.

Iordanov is a Vodka produced in one of the oldest German distilleries in the town of Koblenz. There are over 150 years of experience in the distillery industry for Iordanov, and it shows. Iordanov Vodka is so crystal clear and pure, and it is due to their five-time distilling process that leaves their Vodka with a rich, gentle flavor, and a very aromatic scent. They manufacture their Vodka from 100% fine, wheat grain as their primary base, and use crystal clear water of the Vogelsberg Highlands for the distilling process. Iordanov completes the product with gem-encrusted bottles that are not only gorgeous, but expensive, and the price you pay depends on the jewels.  A typical bottles sells for $4,353, and for those who have experienced Iordanov Vodka, say it is worth every penny. 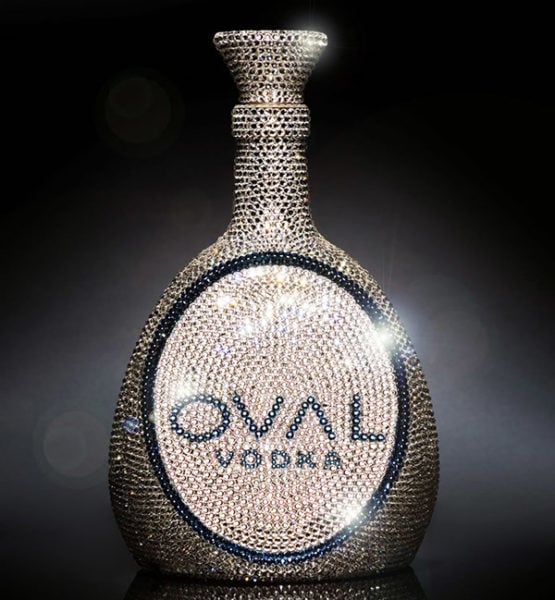 Bottled in an oval-shape bottle and encrusted with jewels, Oval is an Austrian Vodka that is developed in a unique, patented 11-day process that removes a lot of the bite in traditional Vodkas, and gives it an even smoother taste and feel as it travels down your throat. It’s smooth enough to drink alone, but even better in cocktails and it is one of the most unique Vodkas on the list. It is always bottled at 84 proof as opposed to the typical, 80 proof, which adds to its uniqueness. You can score a bottle of Oval for $6,920, paying for both, their beautifully designed jewel encrusted bottle and the Vodka itself. Cute name, cute bottle, and very expensive Vodka, selling for $7,240 a bottle, Belver Bears is the fifth most expensive Vodka on the list. The Belver Bears bottle is a very non-traditional bottle design and because of it, it will cost you over seven grand to get one. This Vodka was released for a short run in the VIP room in two places, in Cannes, St. Tropez, and in Paris. The bottles were inspired by, you guessed it, Teddy Bears and are constructed of Plexiglas, which can later be hung for design, and look amazing when illuminated from behind. Belvedere Vodka is the maker and they are an Austrian Vodka maker that is now accredited as being the makers of one of the most expensive bottles of Vodka ever sold. 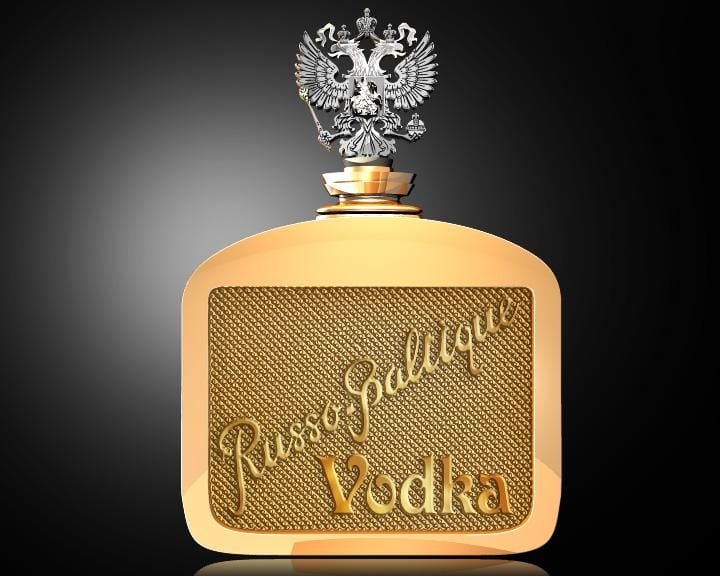 Ruso-Baltique Vodka was created by the Russian auto maker, Ruso Baltique in an effort to “woo” royalty of Russia, and the richest and wealthiest tycoons in the world. He created it in celebration of the company’s 100 year anniversary and made a very fine Vodka that is superb in flavor and texture, and then did something unusual, he bottled the Vodka in flasks that are replicas of the radiator guards that were used on the automaker’s cars. The flasks are all uniquely designed out of pennies that were minted between the years 1908 and 1912, the years of the company’s first cars being manufactured. The cap is white and yellow gold and is the shape of the Russian Imperial Eagle. Each bottle of the old sells for $740,000, making one of the top ten most expensive in the world. Another Vodka that is triple filtered, first through ice, which gives it a special flavor, and second, through Birch charcoal, and lastly, through special, semi-precious gems that are designed to remove any impurities that might happen to still exist in the liquid. It is said to have the highest quality of smoothness of all Vodka’s, rich and pure so of course, a Vodka this good only deserves the best bottle, which happens to be more jewels involved. Each bottle is donned with semi-precious jewels that run right down the middle of each bottle. In the end, what you are paying for is not only the Vodka itself, but the bottle, too, so if you can’t see yourself paying $1 million dollars for the bottle and the Vodka, you can choose to purchase Diva in a non-jeweled bottle for just $4,000, but if you have the money to spend, why not go all the way and get the best of the best. 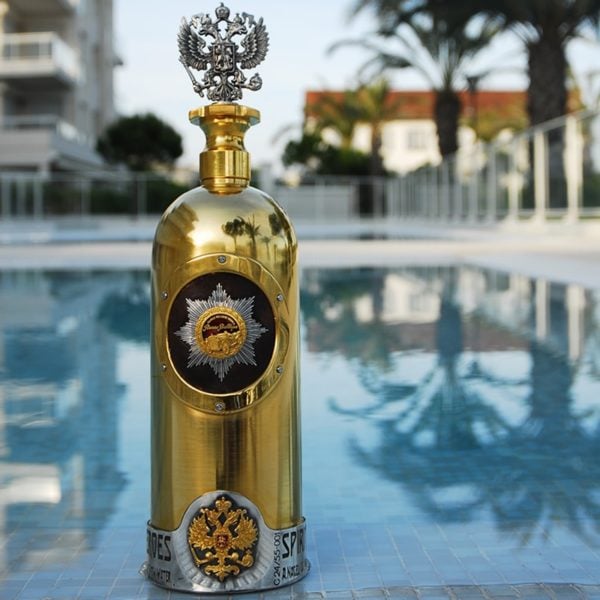 This is Ruso-Baltique’s (the Russian automaker) newer bottle of Vodka that is still crowned with the Russian Imperial Eagle, but with a different look, although still replicating the radiator guard of his first engineered automobiles. He revealed his Vodka at the Top Marques, at the Grimaldi Forum. At its debut, Ruso-Baltique presented Prince Albert of Monaco with the very first bottle, and since then, his Vodka has made television, being featured on the hit television show, House of Cards, during the show’s third season. The bottle is made of 100% shatter-proof glass so that no matter where you drop it from, you will never lose any of the drink, which will cost you $1.35 million. At that price, you definitely would not want to lose a drop. Just saying the name, Billionaire Vodka, let’s you know that this is a very expensive Vodka, and as a matter-of-fact, it is the most expensive Vodka on the list. It’s a smooth Vodka that is unsurpassed by any other in the world and is often regarded as the most amazing Vodka in the world. So much so, that it is often the Vodka of choice primarily by the wealthiest and most successful elites of society. What makes this Vodka so amazing is the triple distilled process it goes through, a long with the fact that it is made using natural spring water. The process starts with first being ice-filtered through Nordic Birch charcoal before it is then passed through sand, but not your typical sand, it is sand made of crushed gems and diamonds. Before it goes to sell, it is bottled in one of the most expensive and extravagant bottles ever, a Platinum and Rhodium encased diamond encrusted crystal bottle. Each bottle is given a solid gold label and neckband that is encrusted with channel set diamonds and numbered diamond speckled, platinum flocked foil seal that is hand mounted on each bottle. Each sells for $3.7 million, which makes it the most expensive Vodka in the world.

The 20 Best Jordan Peterson Quotes That Apply to Business

The 20 Best Things to Do in Oslo, Norway for First Timers

The 20 Best Things to Do in Porto, Portugal for First Timers

The 20 Best Things to do in Bakersfield, CA for First Timers

A Closer Look at The Mercedes Beast Mode 4×4

A Closer Look at The Genus GNS

How Matt Stonie Achieved a Net Worth of $5 Million

How Tom DeLonge Achieved a Net Worth of $80 Million

How Anne Hathaway Achieved a Net Worth of $50 Million

How Lana Del Rey Achieved a Net Worth of $30 Million