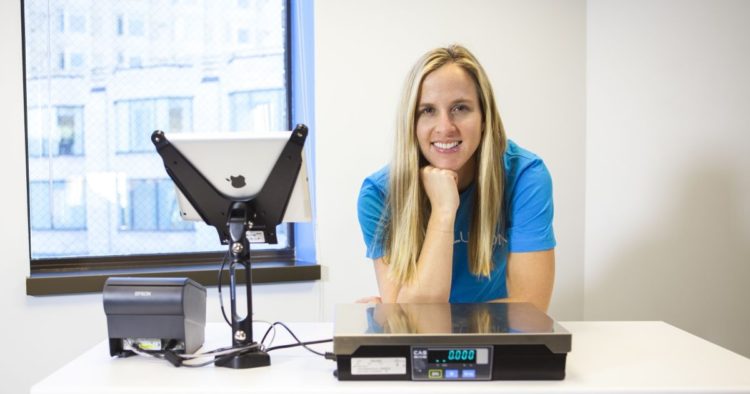 Lisa Falzone is an American businesswoman of some note. Primarily, she is known as the co-founder of Revel Systems, which specializes in point of sales systems that are meant for the iPad. However, it should be noted that both she and the other co-founder has since stepped down from Revel Systems, which happened following further funding from its investors.

Here are 10 things that you may or may not have known about Lisa Falzone:

1. Her First Job Was Teaching People How to Swim

Falzone’s first job was teaching interested individuals how to swim. As a result, it should come as no surprise to learn that she possessed excellent swimming skills. In fact, Falzone was such an excellent swimmer that she swam on a competitive level.

3. Started a Number of Businesses Out of School

Once she was out of school, Falzone started a number of businesses. For example, there was the business that was supposed to distribute swimsuits from Brazil. Furthermore, there was the business that sold a toy for kids that turned out to be more suitable as a toy for pets. Finally, there was a website that was supposed to help experts capitalize on their marketable skills by serving as a platform that could be used to sell lessons in their particular fields of expertise.

4. Started a Blog Because of a Herniated Disc

5. Met Business Partner Because of Blog

As it turned out, Falzone met her eventual business partner Chris Ciaberra through her blog. He was one of the people who commented on her blog on a regular basis, with the result that the two became friends over time. By 2010, the two had decided to go into business together, thus becoming the two co-founders of Revel Systems.

6. Revel Systems Had Some Well-Known Clients

Revel Systems ended up with some rather well-known clients. For example, its clients included Little Caesars Pizza, Popeye’s Louisiana Kitchen, and a number of other restaurant chains, which makes sense because those are businesses that would need iPad-focused point of sale systems. Furthermore, Revel Systems has teamed up with both Belkin and Goodwill, which are also businesses that would be interested in point of sale systems.

7. Ousted in a Shareholder Revolt

With that said, it is interesting to note that Falzone and Ciaberra were ousted in what amounted to a shareholder revolt in February of 2017. Essentially, Revel Systems has been funding its expansions by seeking funding from interested investors, which is normal but nonetheless means ceding portions of their control to said parties. In the end, the investors decided that they were no longer satisfied with the leadership of the co-founders, with the result that they were replaced by a private equity firm that was one of their earliest investors.

Regular employee reviews are not uncommon in businesses. However, it is interesting to note that while these tend to be on an annual basis, Falzone decided to go with quarterly reviews instead. This is because start-ups change much faster than their established counterparts, meaning that the faster pace was needed to ensure that employees were providing the right results.

Different companies have different company cultures, so it makes sense for companies to choose people who match their particular ways of doing things. This is something that Falzone had to learn the hard way because she used to assume that everyone else was just like her. In particular, it is interesting to note that Falzone likes people who go ahead and start doing things as opposed to those who prefer to hold meeting after meeting before getting started.

As an extension of that policy, it should come as no surprise to learn that Falzone has little tolerance for generic replies whenever a potential hire is being interviewed. This makes sense because generic replies provide little true insight into someone’s real personality, meaning that they are not particularly useful for actually making a decision to either hire them or not.