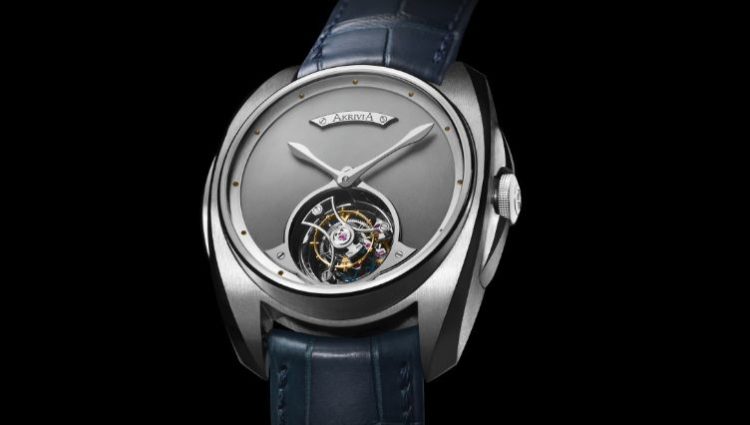 Akrivia is the watch brand belonging to Rexhep Rexhepi, who received a significant boost when the famous watch-maker Kari Voutilainen stated that he was someone of interest in 2015. Since that time, Rexhepi has continued to make progress in his chosen line of business, with the result that Akrivia is becoming better and better-known in the world of watches.

Here are 10 things that you may or may not have known about Akrivia:

At the age of 14, Rexhepi was apprenticing at Patek Philippe, which is a Swiss watch manufacturer that is considered to be one of the most prestigious businesses of its kind that can be found out there. There, he learned about each step in the watch-making process, which provided him with much of the expertise and experience that he needed to start his own watch-making business.

However, his apprenticeship at Patek Philippe was not enough for Rexhepi. As a result, he gained further expertise and experience in various roles at various watch-making businesses. For example, he oversaw a workshop at BNB Concept. Furthermore, he worked as a watch-maker for some time at F.P. Journe.

Does Most Things In-house

For the most part, Akrivia watches are made in-house. For example, putting together each watch using its separate components and then turning it into a functional time-piece is completed in-house. Furthermore, it is interesting to note that Rexhepi likes to make the components for the prototypes in-house as much as possible, though this can be a rather expensive and time-consuming process.

With that said, some things are still out-sourced to other companies because handling them in-house would be too expensive and time-consuming. The single best example might be how some of the components for the watches are outsourced to outside manufacturers so that Akrivia can focus on putting together these components into functional time-pieces.

Likes Selling in Both a Direct and an Indirect Manner

Given the nature of Akrivia’s operations, it should come as no surprise to learn that its products tend to be rather expensive. However, it is interesting to note that Rexhepi has stated that he is interested in making some products that are set at more accessible prices, which is something that might interest those who are curious about Akrivia watches but are still unsure about whether they want to make the commitment of becoming a customer or not.

Still Plenty of Room to Grow

Since Akrivia hasn’t existed that long, it is perhaps unsurprising that it is still a rather small operation at this point in time. For example, it had a five person team as of December of 2016, which consisted of someone responsible for the marketing, someone responsible for the design, and three watch-makers. With that said, that just means that Akrivia still has plenty of room for future growth assuming that things continue to go well for the foreseeable future.

Has Moved to a Bigger Space

For an example of Akrivia’s growth, its operation were moved to a bigger space measuring 250 square meters not so long ago. Furthermore, it is important to note that said space was situated close to the center of Geneva, which is an excellent place to be for a watch manufacturer.

There Are Now Two Rexhepis at Akrivia

Interestingly, there are currently not one but two Rexhepis at Akrivia. The second Rexhepi is Xhevdet Rexhepi, who is Rexhep Rexhepi’s brother who gained much of his expertise and experience as a watch-maker at Patek Philippe as well.

Both Have Their Pièce Ecole on Display

Both of the Rexhepi brothers have their Pièce Ecole, which is the school watch made by a Patek Philippe apprentice that serves as useful proof of their apprenticeship. Now, both of those watches are sitting in their workshop, serving as a sign of their skill as watch-makers as well as a symbol of pride for Akrivia as a whole.