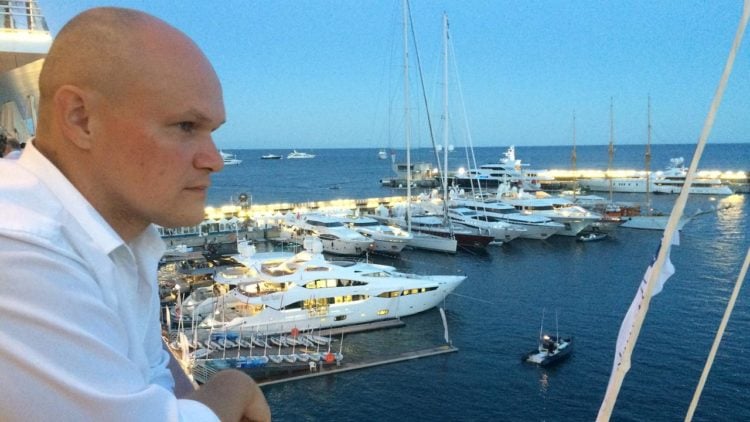 Who is Igor Lobanov? If you really like yachts, you might have heard the name. If yachts aren’t really something you ever put much thought into, you may not be at all familiar with his name. Suffice it to say that he knows his chosen profession in a way that few could ever even begin to imagine. Even if you have absolutely no interest in yachts whatsoever, his designs are truly things of beauty. If you want to learn more, you can find out 10 unique things about him by reading through the list below.

1. He formed his company more than 10 years ago

He decided to strike out on his own and create his very own company in 2007. This happened after he had worked in collaboration with someone else in order to design a one of a kind yacht that looked like it arrived from at least 20 years in the future. Since he created that company, he has never really looked back. In reality, he has been far too busy moving forward.

2. He made it a point to create a company that is unlike anything else in the world

There is nothing mundane about his company. In fact, there is really no other company like it in the whole world. There may be plenty of corporations that work in yacht design and manufacture, but none of them can even come close to the designs made by Lobanov.

3. He holds a record for launching the largest yacht even in The Netherlands

Just a couple of years ago, he launched a yacht that he had been working on for several years. He also made it a point to launch that yacht in The Netherlands, largely because the country already has a reputation for launching some of the largest yachts in the world. When he launched his design, it was the largest yacht that had ever been put into the water throughout the entire country, something that made headlines throughout the world.

4. He builds yachts for some of the most exclusive clients in the entire world

He has a number of clients that want him to design and build yachts for them. As you might have already imagined, these are not exactly your typical clients. They have a great deal of money and they typically know exactly how they want things when it comes to their yacht. That being said, they often get on a waiting list so that Lobanov can design something for them that is completely unique.

5. He rarely meets those clients face to face

You might imagine him sitting around meeting with these clients but that actually isn’t how the process typically happens. In many cases, he never even sees the people who have commissioned him to build a yacht for him.

6. In some cases, he doesn’t even speak to them directly

There are times when he doesn’t have any type of direct communication with his clients. It’s not uncommon for them to send something over to his office and then he goes to work based on the information he has. When finished, he sends his designs back to the client and they go from there. Often, there is no face to face contact and in many cases, they don’t even talk over the phone.

7. His designs frequently look like something that came from the future

His goal is to design yachts that have a futuristic look. In fact, he wants all of his designs to look like something that came straight out of the future, even ten or twenty years after they have been built. So far, he has managed to accomplish exactly that.

There is no doubt that he has an incredible ability to design things that look different, appealing, and luxurious all at the same time. It takes a great deal of vision in order to accomplish this, and he definitely has the vision that is required to get the job done.

9. He’s not afraid to make waves

Some people don’t see the value of his designs until the completed project is sitting there right in front of them. At times, he has found himself at odds with other people in the business because they just can’t wrap their heads around the concept that he has. He has never been afraid to stand out, even when that has made him the object of a fair amount of criticism.

10. He has a great deal of passion for his work

Clearly, he’s passionate about what he does for a living. The yachts he designs are moving pieces of art. There is no way to create something so spectacular without a healthy dose of passion and inspiration.