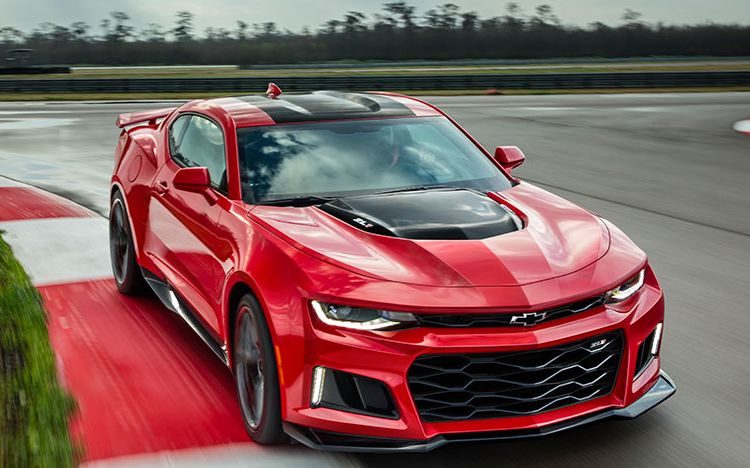 Chevrolet has become an American institution and the carmaker has made waves in the auto industry with its delivery of the Camaro. Its latest jewel is the highly anticipated Chevrolet Camaro ZL1 Coupe. We got our first glimpse of her back in the early spring but following tradition, the details were sketchy at best and none of the precise performance figures were released. This didn’t seem to matter because we were all too busy forming our own opinions of what we could expect to see and the grand unveiling. Fans were expecting to see speed and style delivered in one tidy package. We’re here to review the Chevrolet Camaro ZL 1 Coupe and find out if our best guesses based on what we knew to be fact were true.

We were pleased to learn that the new Camaro did not fail to match the level of the Corvette Z06 in power. With the addition of the recent release of performance statistics, we’re looking at the new ZL1 coupe that comes equipped with a new edition tranny of the ten speed automatic class or your choice of a six speed manual. The figures peg the new Chev at reaching zero to sixty miles per hour in just three and a half seconds and acing the quarter mile in just 11.4 seconds when moving at the speed of a hundred and twenty seven miles per hour. This is what we were hoping to hear.

The magnetic ride dampers , stick to the road Goodyear tires and electronic rear differential make a difference that sets the new ZL 1 apart from its predecessor. The auto maker disclosed that this car has the capacity for pulling over a g around a corner then coming to a stop in less than a hundred and seven feet. It’s a lighter car that has had the fat trimmed off for a two hundred and twenty pound difference from her heavier sister. The new lighter model has superior handling on the road because of the changes and tweaks that brought her closer to perfection. Now it’s time to take a closer look at what we find under the hood. 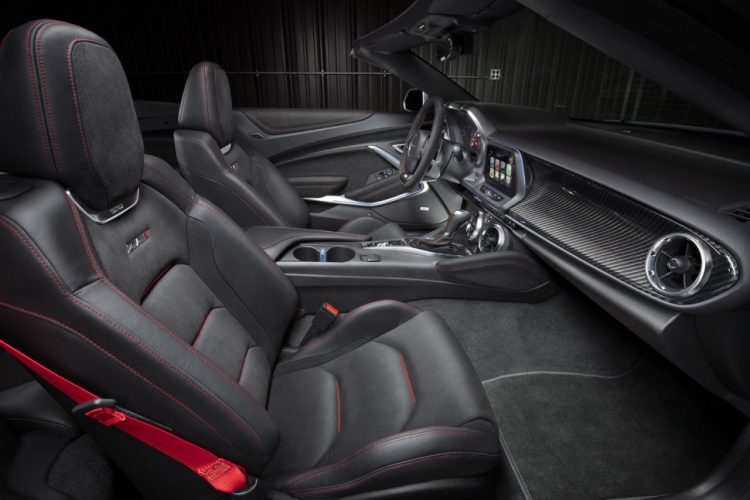 The Chevrolet Camaro ZL1 Coupe for 2017 is a front engine vehicle with rear wheel drive that is available in a four passenger and two door coupe. The engine is a supercharged sixteen valve V 8 that will tear up the road without even breathing hard. The block and heads are made of aluminum materials and it features direct fuel injection. The displacement is three hundred and seventy six cubic inches (6162 cc). We all love the six hundred and fifty horse power engine at sixty four hundred rpm with six hundred and fifty pound feet or torque at thirty six hundred rpm. It is available in a six speed manual transmission or a ten speed automatic that features a manual shifting mode. How are those for options?

The wheel base is 110.7 inches with a length of 188.3 inches and a width of 74.7 inches and a height of 52.4 inches. The impressive passenger volume is a spacious eighty five cubic feet with cargo space of nine cubic feet. 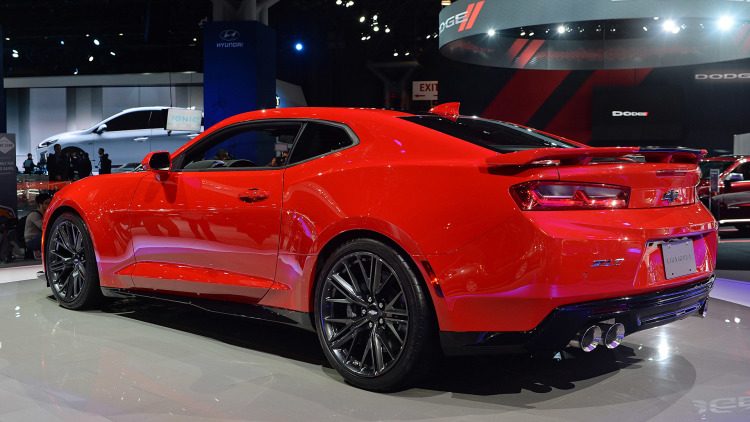 Are you ready for more? The front fenders of the new Camaro will present themselves with an impressive flare that is attractive but also a necessity of design. That’s right, they will easily cover the Eagle F1 Supercar three tires by Goodyear without the annoyance of tires that make a loud presentation aesthetically speaking. It looks like the engineers at Chevrolet were on their game and paying attention to the small details that could rile Camaro lovers.

The top speed of the new Camaro ZL1 for 2017 is rated at 195 miles per hour with fuel economy ratings of between sixteen to eighteen for combined, fourteen to sixteen for city and twenty to twenty one miles per gallon for highway driving. This won’t be an economy car but it will get you where you need to be in record time. Considering what this car has under the hood and the delivery of supreme power we will richly enjoy, the fuel efficiency ratings really are not that bad. What can we say? The new 2017 Camaro ZL 1 is a mean lean racing machine and this is no exaggeration. the aerodynamics are evident at first glance and the vehicle looks as though it could fly with just a little prompting. the grille has been redesigned to maximize airflow and add to the aerodynamic capacity again, with careful attention to important details in design. This also allows for an enhanced sustainability when driven at higher speeds.

We’ve established the racing theme for the exterior and this is carried in a cohesive manner to the interior.  How do standard Recaro seats sound? These will be adorned with red stitching and ZL 1 badges. The red seat belts are also a nice touch that adds a bit of contrast and a sense of speed, class and luxury. Microsuede is used for trimming the shift knob and the steering wheel which features a flat bottom design. Of course it comes equipped wit a GPS receiver and a camera for track maps which are location based. 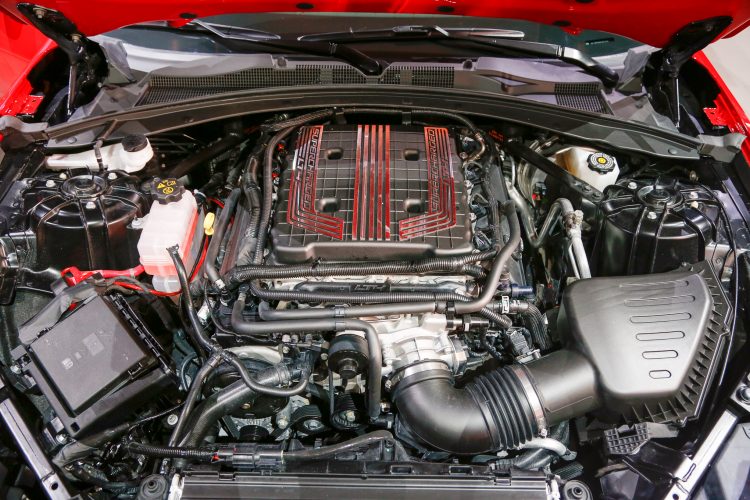 We’re very pleased to report on the amazing style, wit and charm of the new 2017 Camaro ZL1 coupe. Expectations were high for this car and Chevrolet has not let any of us down. Their skillful architects and craftsmen left no stone unturned when it came to enhancing the design, aesthetics and performance of their new masterpiece. It is one of the classiest muscle cars for the new age. While the price tag is up there, we believe that this may become of of Chevy’s most popular models because for sports car enthusiasts, it offers the complete package with personality, style, class and a ton of racy power and high performance.