The new 2020 Harley Davidson FXDR 114 makes the claim of “moving you in ways you’ve never been moved.” This insinuates an infusion of new energy that could turn the motorcycle world on its ear. Not a new model, but definitely a new model year in the line. Is the new FXDR 114 really a game changer? We have our opinions but ultimately, you’ll have to be the judge. We’d cast our vote for the likelihood of this bike to jump ahead in status though.

Eastside Harley offered a formal introduction with an overview of the FXDR 114 for 2020. At first glance, the latest iteration keeps the Softail line for the frame, but it’s been tweaked to lighten and stiffen the frame for a high degree of responsiveness. The lighter the bike the better it will perform and the HD design team was at the top of their game implementing the use for a variety of composite and alloy components to strip away the excess poundage with an aluminum subframe and swingarm. This all contributes to the acceleration, handling and braking capabilities. Aesthetically, it has the look of a hardtail with the adjustable mono shock rear suspension for fast acceleration and bring and dynamic cornering in a high performance design. The stretched fuel tank give it a longer sleek profile with a definite hint of aggression. The racing style inverted fork features single cartridge tech for further improvements in steering input and response for elevating the handling and braking performance. 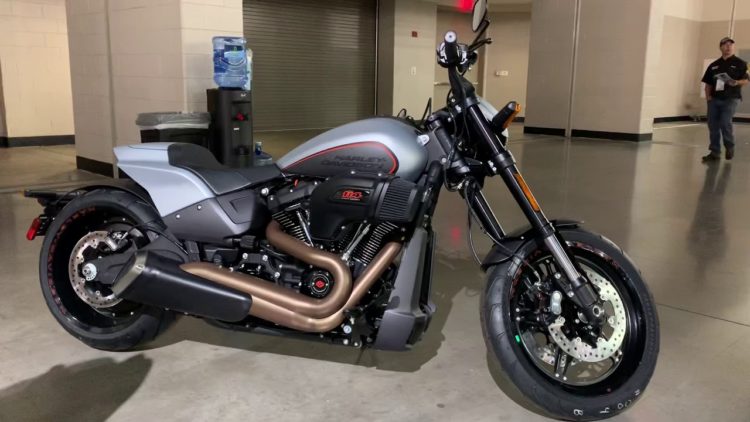 Wolverine HD is just as proud of the new model and further adds that the signature rumble has been fully preserved with the HD 2 into 1 exhaust feature that produces the characteristic sound thanks to its special tuning. The design doesn’t impede lean angling. It’s about performance as well as attitude with the capacity to move down the road in rapid speed on straights with agile handling on the corners. The air intake is based on the Screamin’ Eagle NHRA drag bikes for maximizing the amount of air flow directed to the engine with a new exposed filter element that is forward facing.

How does it really perform?

The guys at Cycle World, took it out for a spin to find out what all the fuss was about. From initial appearances their impression was that it wouldn’t corner that well, but to their amazement, they reported back that yes, it really does corner with agility. This model is inspired by jet fighters and drag strip bikes and the design provides greater clearance for cornering that its siblings and cousins. It has the heavy flywheel feel with the performance of a muscle bike as well as the appearance. The HD team got it right with the aluminum inverted fork, the forward facing air intake and the fat rear tire. They work well with the 114 Milwaukee Eight engine that cranks out 78,7 horsepower along with 119 lb ft of torque. All in all, they gave it high marks. Thunderbike elaborates on the light alloy disc wheel that gives the bike power in flight. The wheel is made of cat alloy with five double spokes for the front, the enlarged wheelbase gives it a drag stylization and the rear wheel has a naked aesthetic because of the fender mounting made so close to the tire and springs. 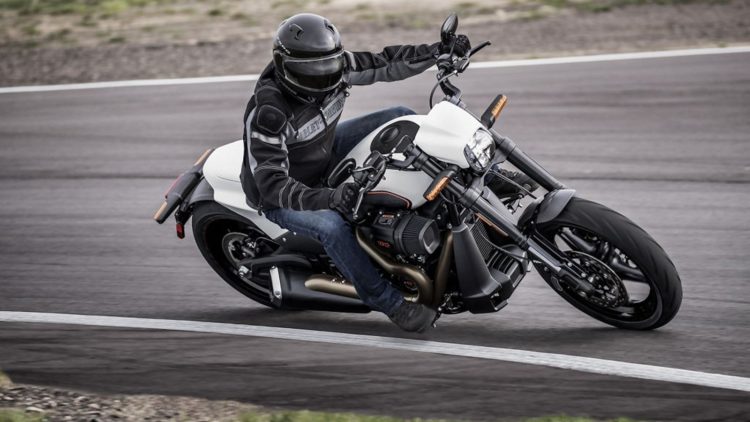 There are 2 major changes that are worth noting. These are the new color options when you order, and a lower starting price. Hot Cars, confirms it’s fast on straights and it has the aggression of a drag strip bike, they further add that it’s one of the “slickest looking” Harleys in modern history. While it’s not cheap in price, it delivers a whole lot of motorcycle for the cost. Other notable features worth mentioning are the driving position that’s fairly relaxed, and the forward foot controls are easy to reach for rider comfort. With a length of 95.5 inches, this bike is long and lean, and it gets decent fuel economy of an estimated 46 mpg for longer hauls in between refills. To round off the summation, the 2020 HD FXDR 114 is equipped with modern technologies including a keyless ignition, digital riser gauge, LED lighting in the rear and headlamp and for the turn signals to make them stand out with brightness that is easy to detect. These features add both safety and convenience in a full rounded bike with an aggressive appetite for speed and out of this world handling.

Is the 2020 Harley FXDR 114 a game changer? Although the model has been around since 2017, with nothing notably new, it’s just coming into its own in the market. Harley riders are becoming more familiar with its outstanding performance. We’re seeing a higher interest in taking the latest edition out for a spin to verify the claims that Harley has made about it moving riders in new ways. It has all of the earmarks of in fact becoming a game changer for the brand because in many respects, there are other models that simply can’t keep up or compete. It’s not the fastest bike in the world, but that’s not what it’s made for. We’re seeing the FXDR 114 as the model that can set a powerful precedent for the present and future of the Harley-Davidson universe. While it’s not going to be everyone’s cup of tea, it’s finding a larger audience of riders who prefer a larger bike with its sleek aesthetic, nimbleness and high level of responsiveness. We’ve tried to find reason for inclusion of a downside, but so far, it’s all good.