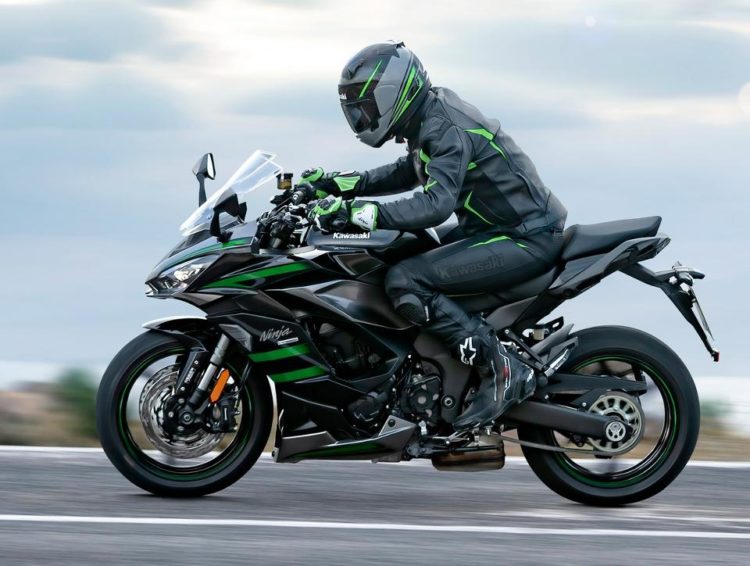 Throughout history, it has become apparent that only those that adapt and meet nature’s treacherous demands will be able to not only survive but live a fulfilling’s life. This exact premise, what many have eventually come to refer to as the Darwinian Theory, is the driving force behind a Japanese motor manufacturer that has, over the years, been able to turn the biking world on its head. Before the 1970s, Kawasaki was still relatively unknown in Europe and the world as a whole. Bigwigs from Germany, Italy, and France called the shots when it came to designing and manufacturing of motorcycles. Consequently, this oligarchical environment didn’t meet the expectations of consumers, but they had to buy the bikes because there wasn’t anyone else’s in the vicinity that could meet their requirements.

When Kawasaki made its debut on the grand stage in the ’70s, it shook the economy on its routes and took the whole place by storm, mainly because they had a grassroots level of understanding into what specifically the consumers wanted. This, coupled with the fact that they had employed avant-garde technologies both in the design and the functionality features of the bike, the competition did not stand a chance. Since then, Kawasaki has put its best foot forward in the releases it has made, and this lead made it remain at the apogee of the market. The most quintessential of examples is the latest model the company has just released, the 2020 Kawasaki Ninja 1000 SX. This bike is the epitome of what Kawasaki as a brand stands for, and here are ten things you might not have known about it.

1. Link with the past

Kawasaki aims to up most of its bikes, both future, and past models, under the Ninja umbrella. The new Ninja model is, in fact, a massively upscale version of the Z1000 super naked. The difference between the plethora of models Kawasaki has been releasing over the past number of years has become less nuanced. Ninja comprised of fully-fairing bikes, the ‘Z’ bikes are naked, and everything in between is a Versys.

In the last three years, almost half of all sports tourers sold in Europe in its entirety were Kawasakis, to be exact. Notwithstanding, bikers in the peripheries of the spectrum, the total sport-tourers, and the sporty riders always had some downsides to point out about the bike. For 2020, however, Kawasaki has endeavored to please both parties by integrating new technologies into the design of the bike and making it friendlier not only for its European users but also for everyone across the world.

For the biking dilettante, the only way to ascertain whether a bike is any good is to look at the specifications. True, there is something to be gotten from perusing through the bike’s metrics but to know whether the bike is any go, you have to drive it. For the said novice, 140 brake horsepower and 82 lb-ft don’t seem like much, especially in this day and age when other bikes are posting metrics far larger than this. The real measure of the quality of the bike is how it utilizes its metrics on the road, and with the Ninja 1000SX, at no point in time will you find it lacking in any sphere whatsoever. The injection technology implemented in the bike works in tandem with the latest fuel injection system Kawasaki has come up with to ensure that every single horsepower with efficacy and efficiency. Consequently, navigating about, whether it be a place with sharp corners or on a straight road, is extremely comfortable and easy.

To produce the metrics outlined above, the bike needs to have an engine that suffices the requirements. For this exact reason, a 16-valve DOHC four-stroke engine with an In-line four-cylinder layout has been used. The water-cooled engine is akin to the one used on the Versys 1000, with the only huge difference being that the Ninja one produces 20bhp more than its counterpart.

It has a six-speed gearbox. The designers at Kawasaki have deployed a slipper clutch, which makes it easier for the rider to change gears at high speeds. The assisted clutch system also provides less slip when the rider is on hard acceleration. The bike also has three clutch strings, compared to the six that is recurrent in most bikes in the market. This gives the bike a lighter feel at the lever. 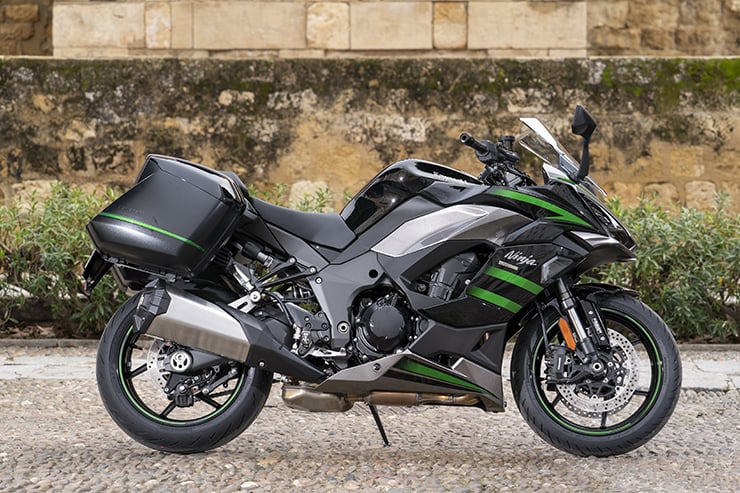 As compared to the previous model, the new bike has had some nuanced changes in the handling and suspension departments. The front forks are fully adjustable, giving the bike a reduction of pressure when riding over bumps.

The trail has seen a reduction of 4mm, which doesn’t seem like much until you take a ride. The new model’s steering experience is different as compared to the previous one.

The front clippers and the disks in the braking system are akin to the previous model, though the discs don’t have a similar pedal design. The rear braking unit is very similar to the one on the 1984 GPz750 Unitrak.

The screen has been redesigned and has a slightly more upright angle. What makes the screen unique is that you can adjust it in four different positions. Everything you would want to have technology-wise is present. In addition to acting as a digital gauge for your speed and fuel level, you also have other options like Bluetooth connectivity.

The standard model comes with one seat, but you have the choice of adding a pillion seat. For maximum comfort, several modifications have been made on the seats. The front seat is 835 mm higher than it was in the previous version and has a lot of more padding. The pillion seat is 15mm lower, making it easier to get off the bike.

For the standard model, you will have to part with $12,399, and the price proliferates if you decide to have additional features like a tinted screen, the Akropovič silencer, and the tank pad. Givi makes the saddlebags of this bike, and they have an excellent reputation. The price for a set of saddlebags on the bike is $1,130.