Home
Motorcycles
A Closer Look at The 2020 Kawasaki Z H2 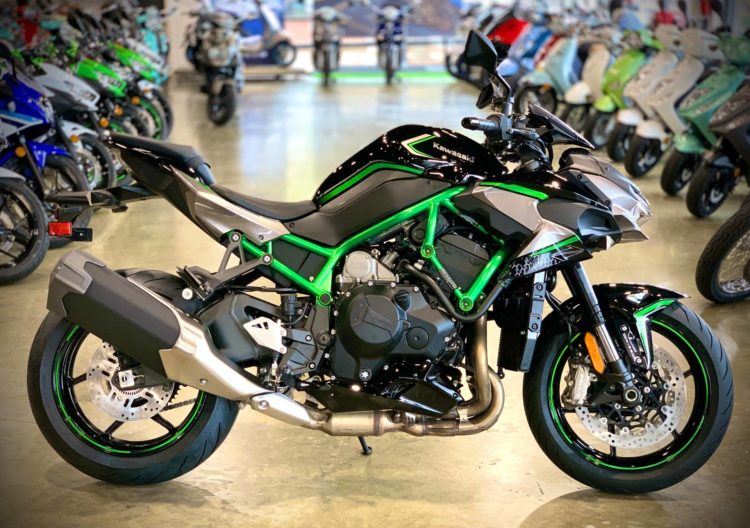 When you ride motorcycles, it’s not okay to pick something just because it’s the easiest choice. Most people who ride do so in order to feel free. Therefore, settling for second best is not going to get the job done. Instead, you need something that’s capable of delivering everything you want in a motorcycle and then some. The thing is, that may be different for each individual. If you’re looking for a good all-around motorcycle, you might be interested in finding out more about the 2020 Kawasaki Z H2. In fact, here are 10 things that you might not have already known about this interesting and dynamic piece of equipment.

1. The new model continues a rich and storied history-

Sometimes, a new model comes out that is so new it has virtually no history behind it whatsoever. There are certain circumstances where that can feel exciting but in most cases, people like to know that they’re getting something that has been tested in the past. They may even be purchasing an entirely new model that’s been totally redesigned, but they want to know that it stands on a strong foundation. That’s precisely what you’re getting with this particular motorcycle. It’s all new and it’s different from anything that’s been done before, yet it builds on the successes of its predecessors.

2. It has potentially the smoothest transmission of any motorcycle- 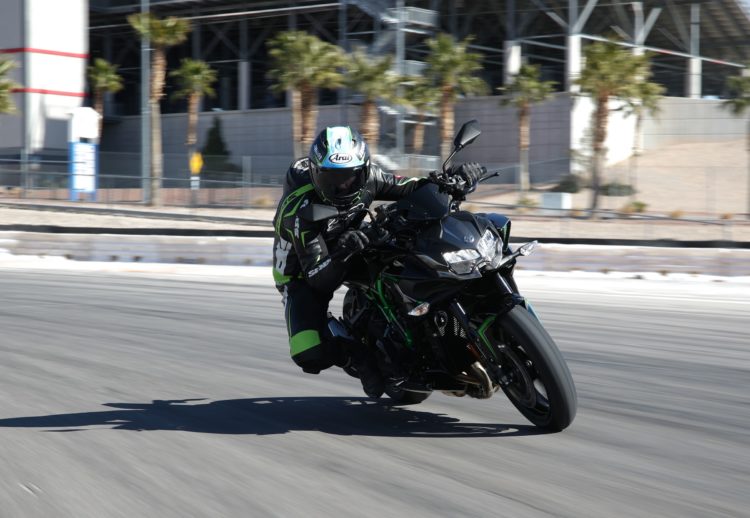 One of the biggest complaints that many motorcycle riders have is that bikes can sometimes become unstable when shifting between gears. It’s understandable when you stop and think about it. If the transmission doesn’t shift smoothly and the weight of the bike shifts from back to front and then back again, there is a potential for a riding accident to occur. At the very least, you might end up sore and feeling like you’ve been battling a beast all day as opposed to riding a motorcycle. That’s not a problem with this particular bike. In fact, it shifts between gears so smoothly that you scarcely even notice that it’s occurring. Eventually, you just start to take it for granted and learn to enjoy the ride.

There are some motorcycle riders that genuinely prefer a bike with all the bells and whistles. Conversely, there are those who want to dial things back. These individuals enjoy riding simply for the experience. They don’t need saddlebags, a radio or any other types of amenities in order to enjoy that experience. All they want is a motorcycle that’s capable of solid performance and excellent handling. If that’s what you’re looking for, you might be interested in this particular Kawasaki model because there are no bells and whistles to be found. What you will find, however, is a bike that’s capable of making you feel more like a kid on a roller coaster than an adult just going through the paces.

4. It has outstanding balance 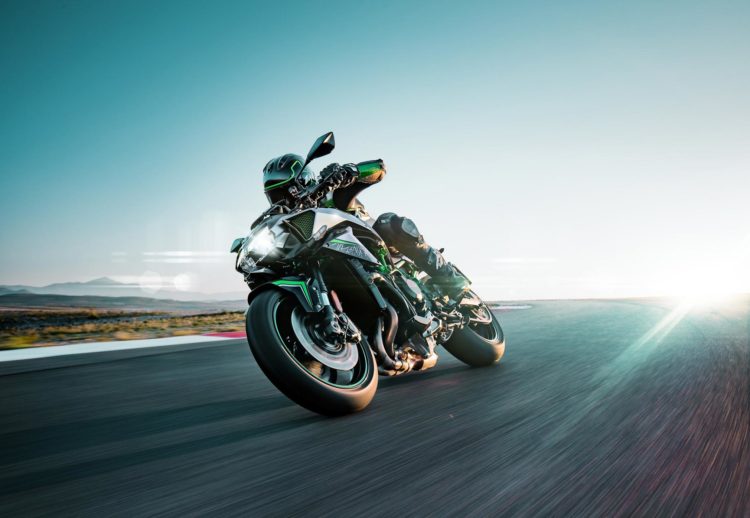 For motorcycles, balance is key. When you’re only on two wheels, you have to have something in your favor and that something is a well-balanced bike. If you’re wondering how they accomplished that with the Kawasaki, it comes down to proper engine placement. The way the engine is placed on this particular bike helps it maintain its balance so that it has a tendency to move in the right direction and even right itself to a certain degree. This in turn makes it one of the more user-friendly motorcycles out there.

5. It’s the first model of its kind in two years

You might consider this particular model to be the newest member of a family of similar designs called superbikes. To date, there are three similar yet distinctly different models in existence. This is the third and at present, final design in the family. It also marks the first motorcycle of its type in approximately two years. As a result, individuals who have come to love the previous two designs were beyond excited to hear that another design was coming which had even more power than the previous two models.

6. This bike will practically give you whiplash 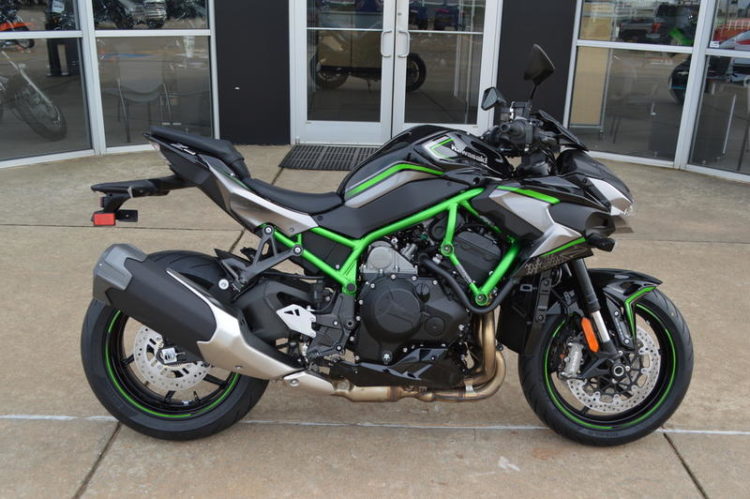 If you’re looking for something that has plenty of power and speed, you don’t need to look any further. The truth is, this bike has a whopping 197 horsepower. Considering its lightweight design and the fact that it doesn’t have any bells and whistles to weigh it down, you can imagine how fast the motorcycle can pick up speed, not to mention how fast it can run full-out. It might make you feel like you’re on the most exhilarating ride in the world or it may induce an anxiety attack, but if fast is what you’re looking for, you’ve definitely found it.

7. Efficient operation at your fingertips

This is a motorcycle with a straightforward design, but it would be a mistake to assume that it doesn’t have modern day engine efficiency. In fact, it has an electronic display that tells you exactly how efficiently your engine is operating, giving you everything from your speed to how much fuel you’re consuming in order to travel at that speed. If you really want to learn how to operate your bike effectively and efficiently, all you have to do is pay attention to the display and adjust your operation accordingly. 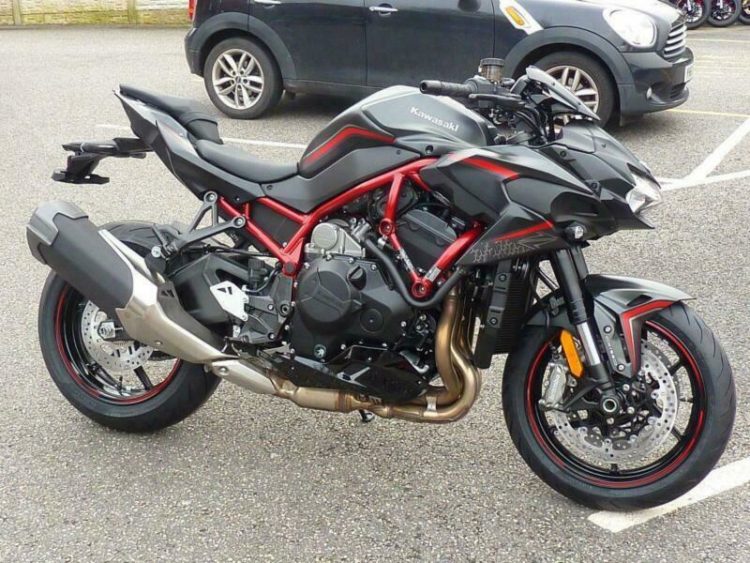 This bike is fast, there’s no arguing that point. However, thanks to its well-placed engine and exceptional balance, it’s also a great bike for people who aren’t really that experienced with riding. It’s rare that a motorcycle comes along with both speed and superior control, but that’s precisely what has occurred with this model and that makes it truly special.

9. It’s more affordable than you think

You may be thinking that you have to pay an arm and a leg in order to get your hands on a bike like this. In reality, this model is surprisingly affordable. In fact, you can purchase a brand new one for less than you would likely pay for even the most economical automobile. Typically, approximately $17,000 will land you one of these bikes and allow you to experience everything it has to offer for yourself. 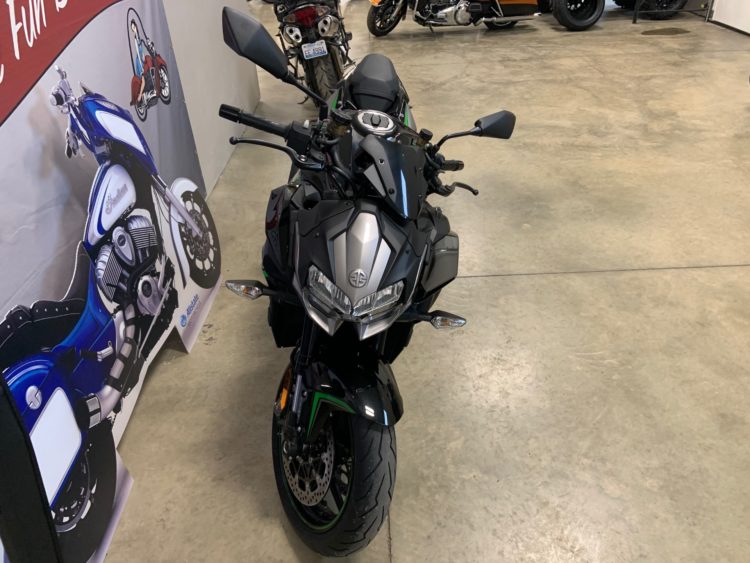 Some people like the idea of popping a wheelie when riding a motorcycle. Others are literally terrified by the very thought of it. This particular model actually utilizes high tech electronics to keep the front wheels close to the ground. It will come off the ground, but it never really gets high enough for you to put yourself in any real danger. That’s one more reason why it’s a good bike for individuals who don’t have a lot of riding experience.