Home
Motorcycles
A Closer Look at the 2020 Kawasaki Z900 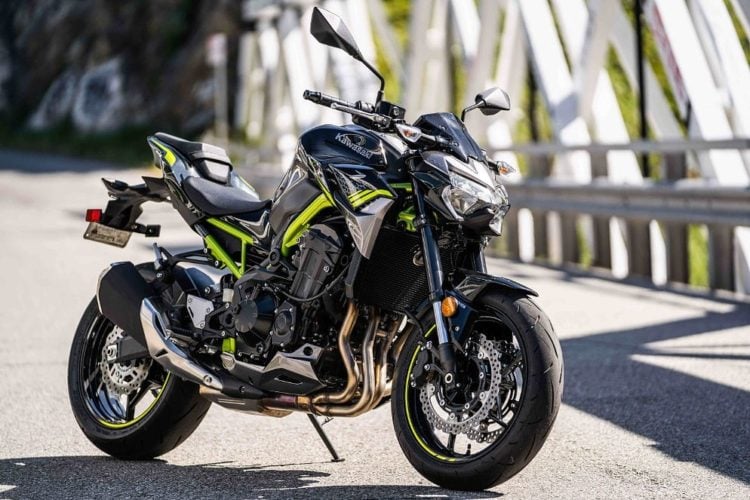 In their early days of motorcycle production Kawasaki Aircraft put out their bikes under the ‘Meguro’ name tag, which happened to be the name of a failing partner company that they had bought out. Today, the motorcycles made by the company are put out by the Motorcycle & Engine division of Kawasaki at plants located around the world. Since beginning the production of motorcycles as a company, Kawasaki has released nearly 350 motorcycle models, from special purpose units to road racing motorcycles and ATVs and quads.

In 1971 the company produced the first bike in the ‘Z’ Series, which is a line of ‘naked’, or standard, motorcycles. The first of the Z Series bikes was the Z1, which was released in 1972. The bikes in the series range from entry-level models to open-class, and they feature bodywork that is eye-catching while remaining abundantly basic. Fun to ride and stylishly hip to boot, the Z Series family of bikes has managed to stay popular throughout the duration of its existence.

And the Z900 is no exception. This four-cylinder standard bike was first released to the public in 2017 as a replacement for another ‘Z’ family member, the Z800; it is also directly related to the Z1000. For the 2020 model year Kawasaki released the 900 ABS, which differs from the original Z900 in a variety of ways and will be further discussed below on our ’10 Things’ list. It is there that you will find a plethora of information about the 2020 Z900 ABS that you didn’t know when you woke up this morning…making this one of the most beneficial things you’ll read today. So, whether you’re just passing time or you are interested in owning one of these bikes, you’re going to come out ahead in the end. Read on and discover some things you never knew about this model:

The 2020 Z900 has all the qualities of the Z900s that came before it, but it has a whole new aesthetic, which seems to be popular with riders. According to Top Speed, much of its new appearance can be credited to a new color combo that is referred to as ‘wild’, but to the naked eye the bike is still very reflective of the body sported by its ancestors. However, the truth of the matter is that nearly every part of this bike, with the exception of the engine, has been redone for the model year. So, while it may remind you of the Z900 from last year, you’ll see the differences if you look.

More On the Engine 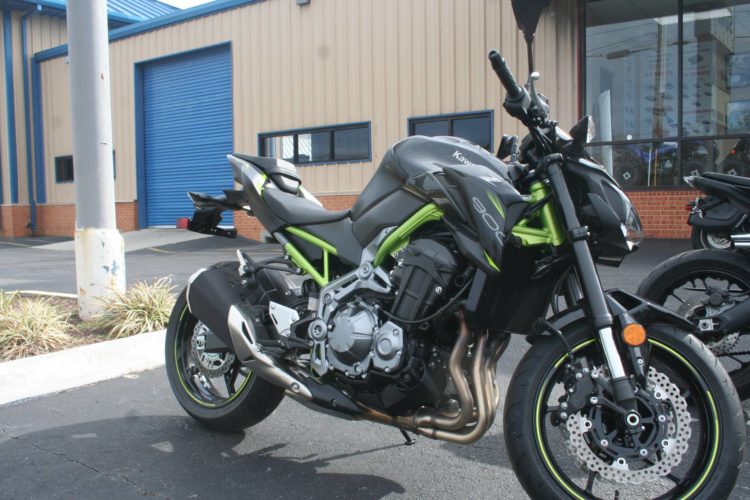 As with other Z900s in the family, the 2020 is powered by an inline-4-cylinder, 948cc engine that is capable of going 135 mph. The engine is the same type used in all Z900 models before it, and is still just as capable and exciting as ever. Powerful and aggressive, riders will be well pleased with the power they get, even if it is from the same engine as before. In the case of the Z900, it fits.

The ABS is a version of Z900 that available in 2020 as well. Besides many electronic features which make it stand apart from the basic version, the ABS also features switchable traction control, non-adjustable suspension, four different ride modes, and an individual power mode selection. And, as you have likely deduced by the fact that it’s referred to as ‘ABS’, the bike has an anti-locking brake system. There are many other plusses when it comes to this particular Z900 version, and all of them are definitely worth a look/see.

The Best of Both Worlds 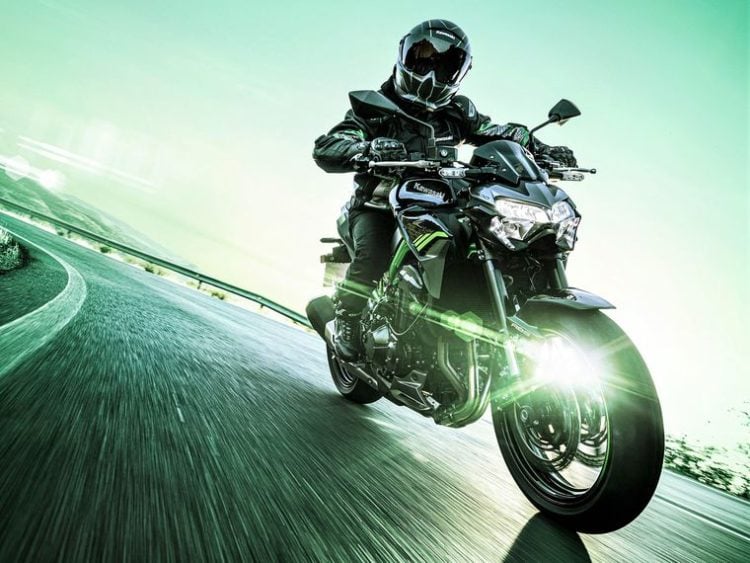 As we mentioned earlier, the Z900 was originally brought into being as an attempt to bring the very best characteristics of both the Z800 and Z1000 models into one sweet, streamlined bike. The 2020 model has definitely proven to have accomplished that. It is lighter than both of its predecessors and has gained a significant amount of horsepower on both. So, it’s easy to say that the Z900, while always a work in progress, has already met some pretty vital goals as far as being generally better is concerned.

According to Ultimate Motorcycling, the lighter-weight chassis makes for even better handling than the bike had in prior years; it seems both nimble and able. Great suspension seems a given, with one test rider stating that he didn’t even have to adjust the suspension in the slightest when he took his ride. This also adds to ease of handling, so you’re able to have a relaxing ride that is more fun than ever. The bottom line is that when it comes to control, the feel of this bike is ‘impeccable’. 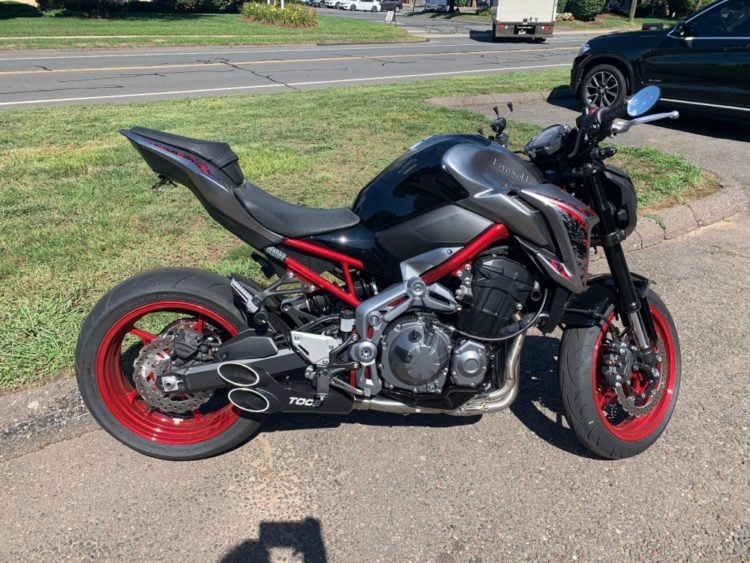 Speaking of the ABS version, this bike also has three levels of traction control, another feature we touched on briefly earlier. There is rain mode, which is pretty self-explanatory; it offers 60% power, and the power that is delivered is brought through gently. The other two levels are Road and Sport, and both of these levels operate by delivering full power. Sport mode is introduced less intrusively than the others, with a level 1 power introduction. Road mode is at level 2, and Rain mode is at level 3. There is also a fourth mode, Rider mode, which is completely customizable. An example of this mode would be that someone who does trick biking or wheelies can turn off traction control entirely for Rider mode, thereby being able to perform that which he is setting out to do.

How Far Will A Tank of Gas Get You?

Well, that’s a pretty good question, considering that riding a motorcycle has a way of putting you in a position where time and miles can get away from you. The 2020 Z900 has a 4.5 gallon (17 liter) fuel capacity, and it operates using a six-speed return transmission. With all things considered, this should provide you with pretty good gas mileage, especially when the bike is so lightweight. The bottom line? Riders can expect to get about 185 miles to a single tank of gas.

What About the Colors? 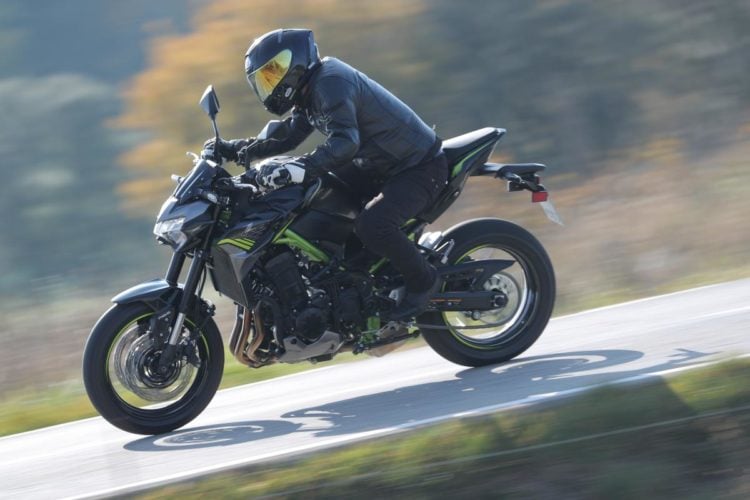 To be honest, it would be difficult to touch base on all the great extras featured on the 2020 Z900, especially with the ABS version involved, but we can try. Also available are a high-grade full-color display (only on ABS version), an assist and slipper clutch, horizontal back-link rear suspension, dual throttle valves, smart phone connectivity, and an economical riding indicator. Of course, most extra features do not come standard, and there is additional pricing to have these items integrated onto your new bike.

Getting Down To the Gist Of It 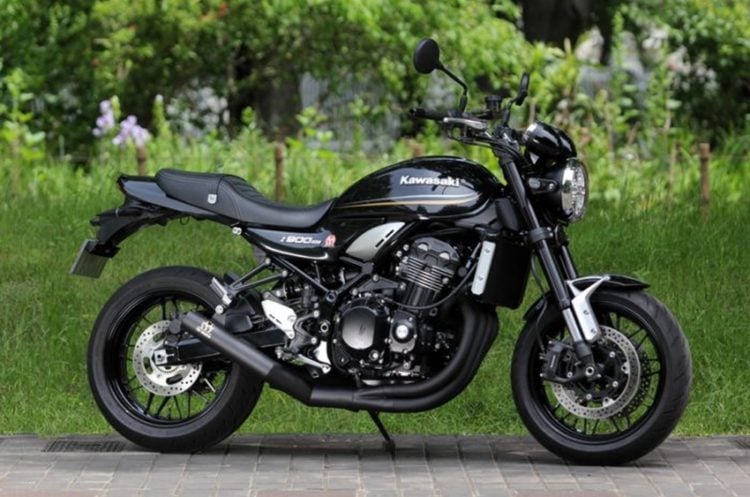 So, what’s the bottom line? Of course, it’s the price. Let’s get down to business and lay out what we’re really talking about here. When it comes to dollar signs there really is no bad news here; this bike is nothing, if not affordable. The base model 2020 Kawasaki Z900 starts at $8,999…totally doable, right? Again, that’s for the two basic color combinations. To go a step up to one of the more colorful combinations you are looking at paying around $9,299. Attractive and affordable too.

Well, there’s the lowdown on a very cool and economical Kawasaki that is making heads turn this year. It seems to be the whole package, from the body to the mechanics, and we’re pretty sure time will prove the Z900 to be one of the best bikes out there this year. So, if you’re one of our shopping readers and are going for a test ride, be sure to enjoy the experience, but play it safe. The main objective is to have fun and stay alive doing it. You’ve learned a lot today, so put it to good use, and always be safe on the road.