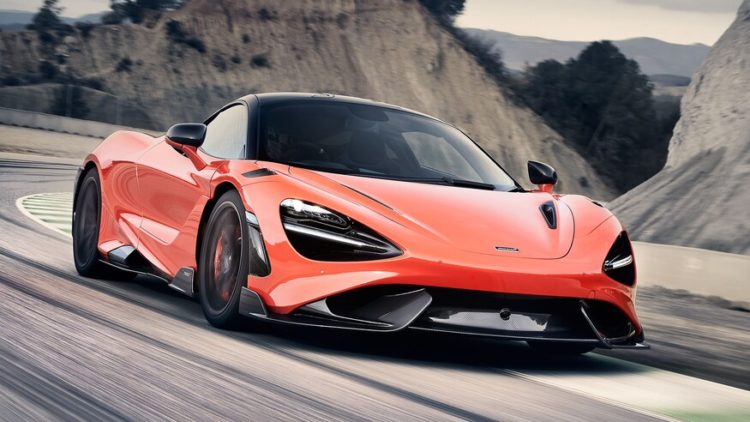 McLaren has made the news again with news of the impending release of the 2020 765LT. The first glance leaves you with the impression of a sleek machine that has the potential for being one of the most brilliant examples of automotive engineering in the sportscar industry. We’re taking you on a journey of discovery as we reveal 10 exciting facts about the 2020 McLaren 765LT that you need to know about.

Fans of McLaren’s 720S model will be able to discern the similarities between the two models. The major exception is that the design and engineering teams have made a few improvements that you can expect to experience. The first is the aesthetic. Both have a distinct aerodynamic design with the same body style so when side by side, there are only minor differences in the front fascia and the molding. The exterior is impressive with a leanness that looks like it could cut through the wind and displace the flow with extreme precision for minimum wind interference, amounting to more speed.

2. The powertrain is identical to the 720S The new 2020 McLaren 765LT is powered with a 4.0-liter Twin-Turbo V8 gas-powered engine mated with a 7-speed automatic transmission. The drivetrain is rear-wheel drive and the fuel tank capacity is 19 gallons. We’re still waiting on the fuel economy for the 2 seater but we’re assuming that it’s going to be comparable to the 720S since the inner workings are identical with 15 mpg in the city and 22 mpg on the highway.

3. McLaren did make some hidden improvements

Although it’s tough to tell the two apart, there are going to be some major differences, according to McLaren. They’ve engineered the 765LT to be a more exclusive vehicle than the 720S. The claim is that it will be more engaging for drivers, sharper, and quicker. They’ve trimmed it to weigh 176 pounds less than the 720S. The use of carbon fiber panels has shaved nearly 32 pounds off the body structure weight. A new titanium exhaust system has also reduced the weight. The use of new material for the wheels took another 48 pounds off. McClaren has made some significant changes to the suspension of the 765LT. Suspension upgrades include unique LT-spec springs and damper hardware, new software for the linked hydraulic active suspension, and a lower front ride height. They upgraded the LT spec springs and damper hardware and also upgraded the linked hydraulic active suspension and given it a lower front ride height which puts you closer to the road. The team has also widened the front track to increase roll stiffness. What this means is that cornering is going to be more precise because of improved grip and greater stability. This is an aspect that will make driving the car a lot more fun for the person controlling the wheel. Greater responsiveness and a good feel for the car will make it a blast for driving on curvy roads.

5. The tires are customized for the model

McLaren did a bit of experimenting before making the decision about which tires to equip the 765LT. They started out with wider tires but discovered that the vehicle lost a few points on agility. This simply wouldn’t do so they returned to McLaren’s default which includes narrower tires than most of the competing automakers. They settled on Pirelli P Zero Trofeo R tires which were specially developed for the 2020 McLaren 765LT.

6. This is going to be a limited edition series McLaren has already established the number of units that are going to be built for the 2020 model year. There will be just 765 examples produced for distribution throughout the world. Each vehicle will feature an individual numbering which will increase the value of the car over time.

We also learned that the deliveries of the 2020 765LTs are expected to start in September of 2020. You still have a few months to decide if you want to become a part of the exclusive group of owners. Having said this, with a limited number being produced it’s probably wise to check with the dealership soon if you’re series about buying.

8. There are rumors of a spider version We’ve heard that there is talk about a Spider version of the 765LT in the works. This variant was also offered for the two previous models of the car, but the company might not make deadlines in time. The expectation is for the Spider to be released in the fall of 2021 so there’s a chance that McLaren is going to skip a year on that particular model.

9. McLaren will let you configure your car

Drivers who choose to purchase a 2020 McLaren 765LT have the option of making their own configurations to the order. This is a car that offers a fair number of options for tailoring the car to meet your unique specifications. The vehicles are configured for the United Kingdom, but you can change the country to order a car that is compliant with the regulations of the country you live in. Beyond that, there are about 30 exterior colors available including the elite vermilion red. There is also a decent selection of interior color options, audio systems, braking systems, safety and security features, and more.

10. The engine is updated to deliver more power While the same 4.0-liter twin-turbocharged v8 engine used in the 720S is used, there have been some impressive updates made to increase the power. According to McLaren, the engine has received optimized gear ratios with comparable materials used in Formula 1 racers. The acceleration has been enhanced along with the layout of the rear-wheel-drive for optimizing power flow. The engineering tweaks give in 800 Nm of torque with an additional 45PS.