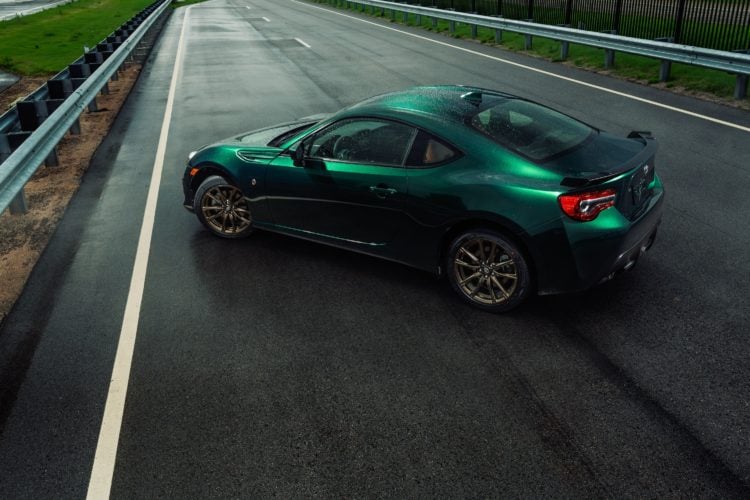 Toyota has made a lot of people happy for the new model year with its 2020 Toyota 86 Hakone Edition. This is a gorgeous new sedan that deserves a second look as well as a closer inspection. If you’re in the market for a sweet deal on an amazing sedan, here are 10 things you probably didn’t know about their latest offering that might give you cause to consider a test drive.

You’ll be easily distinguished from drivers of other 86 drivers because the Hakone Edition of the car is offered in an exclusive Hakone green paint color for the exterior. It’s a gorgeous deep green color. Toyota threw this in as an extra incentive for those who have discriminating tastes and like to stand out from the crowd. 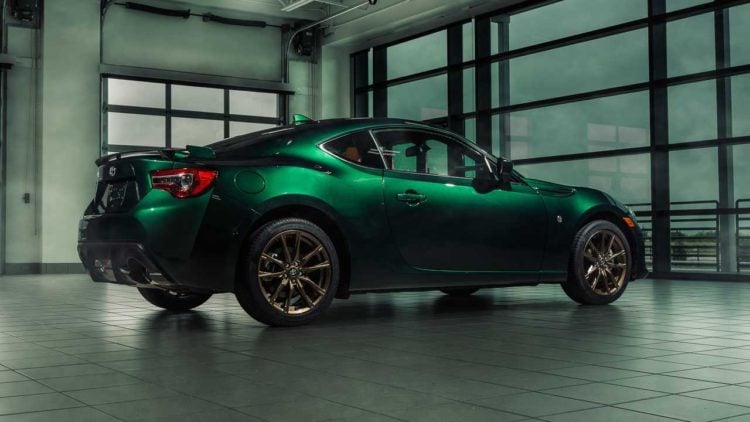 The 2020 Toyota 86 Hakone Edition is being offered in your choice of 2 trims. The first features a 2.0-liter 4-cylinder engine mated with a 6-speed manual transmission. The starting price is just $29,870. The second trim which is the premium version features a 2.0-liter 4-cylinder engine with a 6-speed automatic transmission, among other premium additions. The starting price for this trim is $30,590.

3. You can build your own special order online

Toyota has set up a special page for anyone interested in customizing their 2020 Toyota 86 Hakone Edition. You’ll find the tool on Toyota’s official website and it gives you a choice of all the cool features and options. The prices are included so you can build your own customized car and stay on top of the cost differentials for each component that you add. This is a great way of finding out what is available on the base model and which special and premium features are offered, along with the pricing so you won’t have any surprises when you order.

4. It’s mechanically the same as the other 86 editions 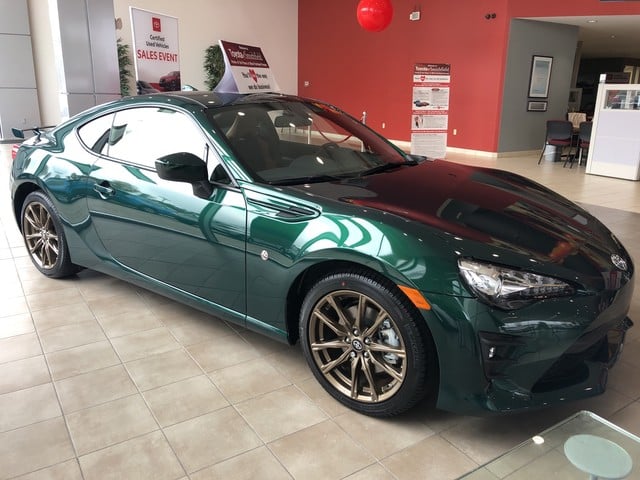 For 2020, the limited edition 86 Hakone Edition looks a little different than the other models but this is little more than an aesthetics package. We learned that mechanically and performance-wise, it is the same as the other versions of the 86. The vehicle is named for the Hakone Turnpike that is located not far from Tokyo, Japan, known for its twists and turns. Don’t expect higher performance over the other variations of this car because the specs and ratings are the same.

5. There are some cool special features

The 86 Hakone Edition may not have any differences in driving or performance, but it certainly does offer some premium aesthetics. It’s in the small details that you see the most dramatic differences. The bronze wheels really do go nicely with the Hakone green paint job. They’re perfectly complementary. Other special features include embossed floor mats, the Toyota 86 logo embroidered on the dash and mats, and tan colored leather and black faux suede for the seats that give it a sporty looking stripe of black down the center. Detailed stitching of tan and black throughout the entire cabin gives it a special ambiance. To make the deal even sweeter the manufacturer also includes a folio cover, tan leather key pouches, and tan leather gloves. 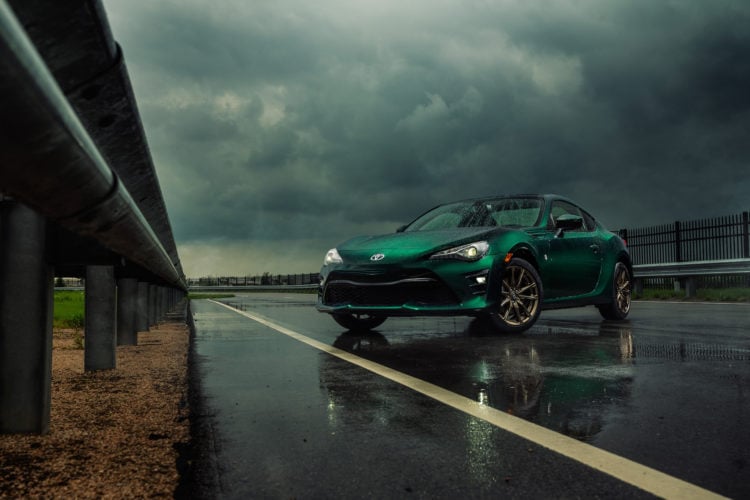 It’s not often that you come across a limited special edition of any car that is still reasonably priced. We think that the starting price that is under $30,000 is a great value. It’s especially true when you consider the fact that Toyota has made so many special enhancements to the interior, along with exclusive exterior paint. They’ve kept the price consistent and just three grand higher than the other editions and this makes it easier to justify ownership.

7. The cabin is upgraded

Although the mechanics are the same there have been some great enhancements and upgrades made to the interior of the Hakone Edition of the 2020 86. The contrast stitching makes everything stand out, and it even extends beyond the dash. The seats, the steering wheel, and even the emergency brake level feature contrasting stitch trim. The Alcantara seats are something you won’t find in the other variants unless you upgrade.

8. The mirror could be improved 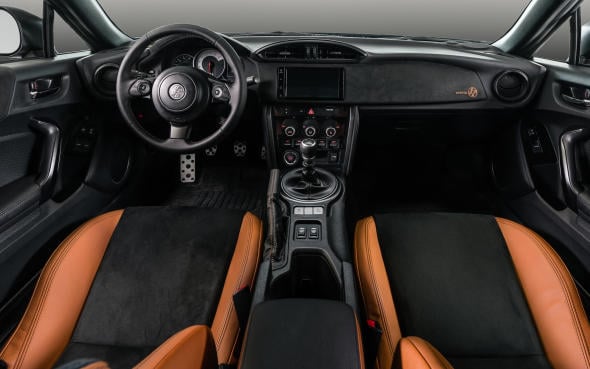 One aspect of the 86 Hakone we didn’t like is the rearview mirror that has the rearview camera embedded inside. Although it is a legal mirror so far as the specs go, it’s far smaller than it needs to be. This is a definite miss for motorauthority.com’s reviewers who point this out as a flaw that wouldn’t be that difficult to correct.

9. The throttle response is a little slow

Although it’s tolerable, the steering and handling are great but it would be greatly improved if it had just a little more power. A faster throttle body response would make driving it all the more fun. It gets an okay rating for this, but why not take it all the way and give it a little more gusto?

10. It’s lighter than the Supra 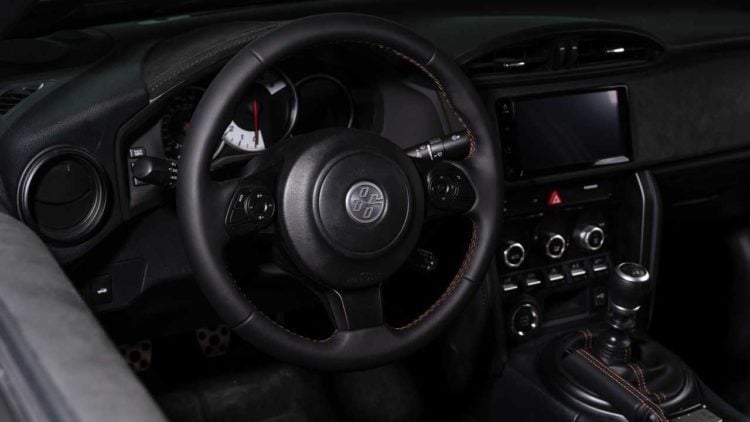 When you stack the 86 Hakone edition up against the turbo-6 Supra, the 86 has some definite advantages. One of them is the weight. It comes in about 400 pounds lighter than the turbo-4 edition and a whopping 600 pounds less than the turbo-6 Supra. Although it doesn’t stack up as well with horsepower with 205 hp for the Hakone and 382 for the Supra, much of the power differences are mitigated by its weight, handling, and opulent charm. The critics find it easy to compare the two side by side and for the cost, the 86 Hakone Edition is sporty enough to represent great value for the lower cost.