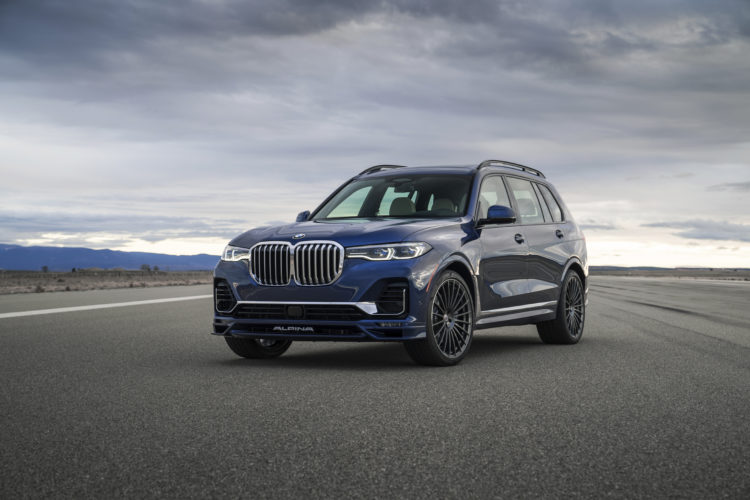 If you are seeking style, speed and grace with plenty of room to luxuriously transport six (or seven) adults in unbeatable comfort, the 2021 Alpina XB7 is just the ticket. This three-row luxury SUV is a sight to behold. Though nearly 6,000 pounds, the Alpina XB7 maintains a sleek, dare I say svelte exterior, while the interior contains everything one would expect and much more in a luxury SUV of this class. 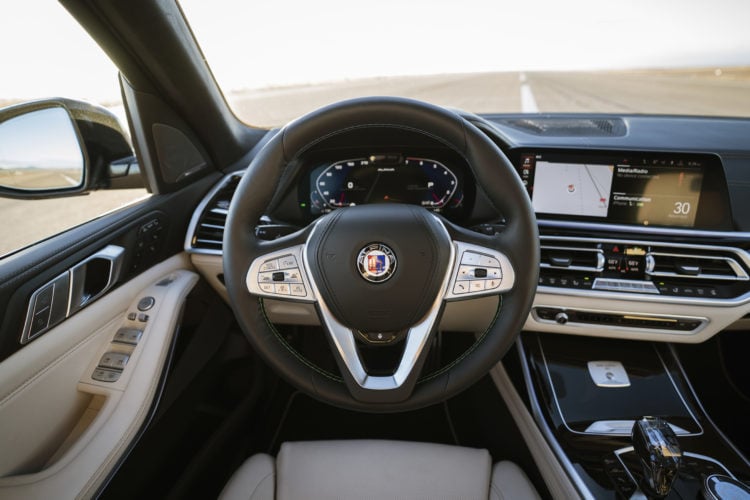 The Alpina XB7 model I drove for a week on Southern California’s freeways, mountain roads and city streets, had three rows of incredibly comfortable seats with the second row having captain’s seats, all of which were outfitted with uber soft Merino Leather. And when I say comfortable, I mean that for all six seats, not just the driver and shotgun rider. Indeed, tall passengers and even those in the third row will travel in a truly first-class manner. 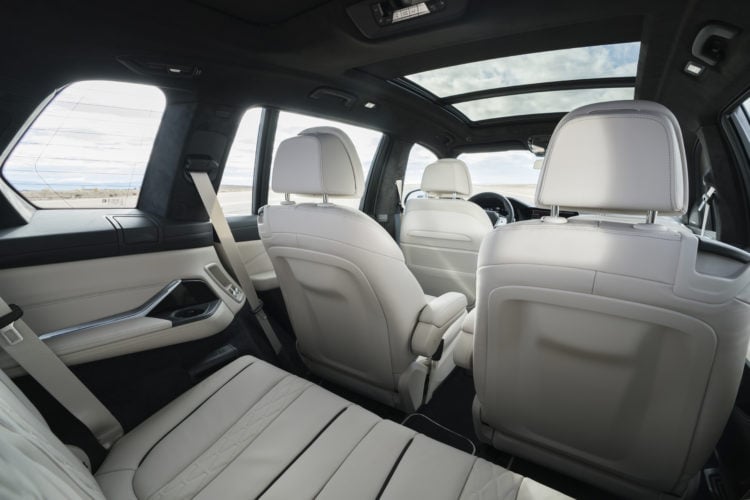 Heated, 20-way power multi-contour front seats including four-way lumbar support and front seat memory coupled with soft-close automatic doors made me fall in love. Deeply, totally in love. The simplicity and speed of push button power automation for access to third-row seating or folding the third-row down altogether to enlarge the cargo space to its enormous, full capacity was a huge draw when city schlepping or road tripping is involved. 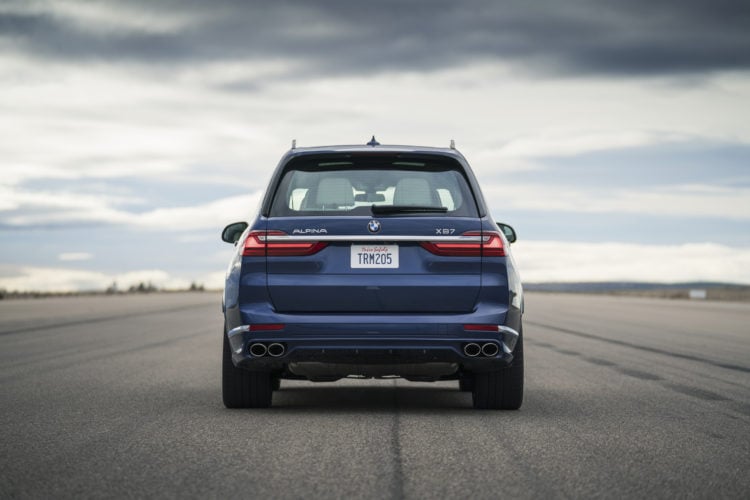 With all six seats engaged, the cargo area had 12.8 cu.ft. of space, about enough space for four bags of groceries or a couple of tennis duffel bags. However, with the third row folded, an impressive 48.6 cu.ft. was enough for pretty much even the most stellar Costco shopper or serious sports enthusiast. Overall cargo dimensions are 90.4 cu.ft. Buyers of the Alpina XB7 can opt instead to have second-row bench seating, in which case there would be room for seven passengers. Every possible interior desire for ease and comfort has been met – if not exceeded – by the Alpina XB7 engineers. Touches are elegantly chic without being overstated. And without fail, every aspect of the interior was exactly where it was supposed to be. 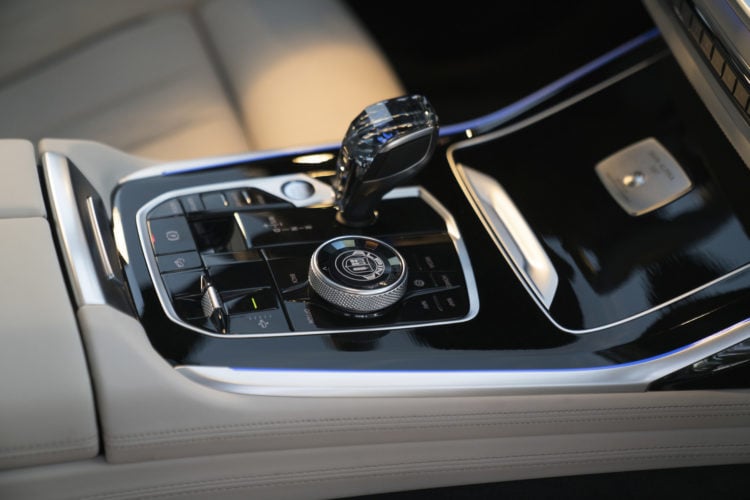 The iDrive 7.0 infotainment system with 12.3-inch touchscreen was intuitively easy to use and I was up and running quickly. Offering Apple CarPlay, Bluetooth, Navigation, Sirius CM and HD radio made it hard to leave the car when arriving at my various destinations. I imagine that I would only grow to appreciate its many facets with further extended usage.

The 2021 XB7 boasts a 4.4-liter, bi-turbo V-8, 32-valve engine housing 612 horses and 590 pounds-feet of torque. While I could not in California get anywhere near its potential high speed of 180 miles per hour, it was as smooth as silk at 80 miles per hour. The eight-speed automatic transmission is directed to all wheels through its xDrive all-wheel drive system. Acceleration rates of zero to 60 in four seconds gave power in a serenely quiet environment in Comfort Mode. If a bit more sound and dynamism is desired, you can push button into Comfort Plus, Sport or Sport Plus driving mode. Turning radius’ were smooth and impressively tight while bumps, even at higher speeds, were only barely registered by me or my passengers, human or canine. This is especially remarkable given this vehicle’s size and heft. 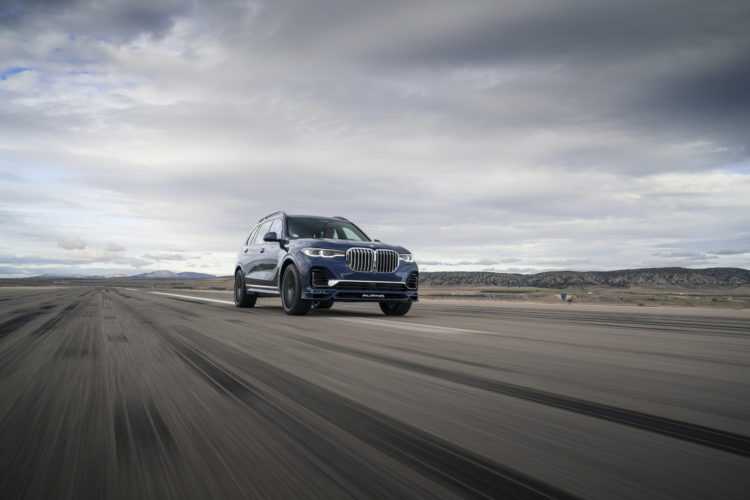 What’s more, the four-wheel ventilated disc brakes with cornering brake control meant even the swiftest of stops was barely felt. In fact, it made me appreciate the superb comfort of the Alpina XB7 seats that much more.

There are so many reasons to love the 2021 XB7 Alpina, not the least of which is that the vast majority of the goodies are included in the base price of $141,300. The model I drove also had rear-seat entertainment for $2,200, metallic paint adding another $2,000 and a $3,400 Bowers & Wilkins sound system that was worth every single penny. A few other items brought in the total to $156,345. 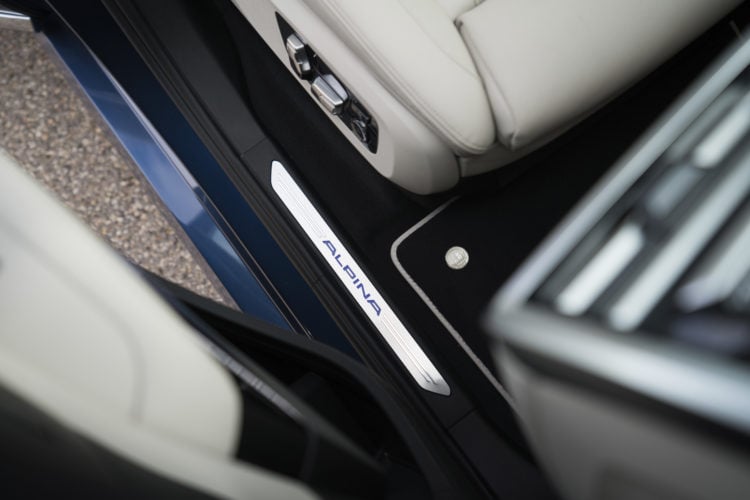 Fuel costs are not inexpensive as the XB7 Alpina gets 15 miles per gallon in the city, 21 highway and 18 combined. It is frankly hardly noticed though since the fuel tank holds nearly 22 gallons. Besides, given the price point, this is not a ride for penny pinching. The Alpina XB7 has Parking Assistant Plus with surround view cameras and active park distance control which made backing out of even the toughest spots a piece of cake. The standard warranty of four-years/50,000 miles is included. Also covered is four-year unlimited mileage roadside assistance and 12 years unlimited mileage rust perforation coverage. 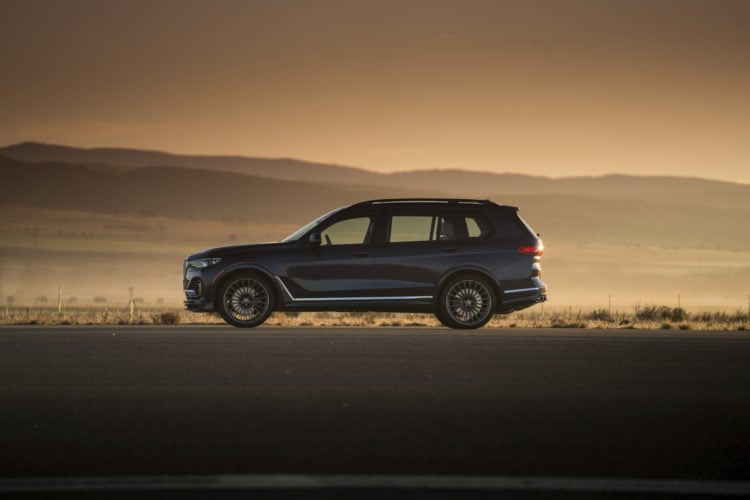 If ever there was an automobile that fits BMW’s now nearly 50-year-old slogan, “The Ultimate Driving Machine,” it is most certainly the 2021 Alpina XB7. Happy driving.