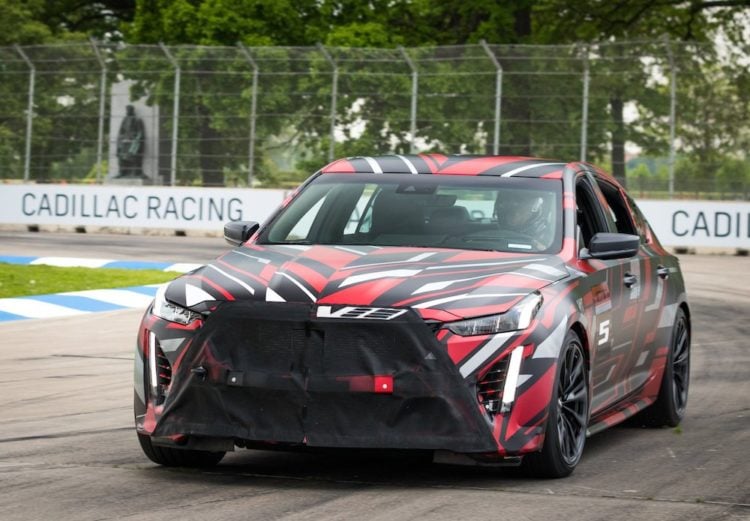 If you’re happy with the 2020 Cadillac CT5-V Blackwing, then buckle your belt, because there’s been confirmation of a new version of the vehicle and it’s coming out as a 2021 iteration. There are going to be some definite changes for the new model year, but Cadillac is playing their cards close to the vest so far. Spycams have captured enough footage to fill in the gaps on what they’re not talking about to come to some pleasant conclusions. Here are 10 things that you didn’t know about the 2021 Cadillac CT50V Blackwing.

1. It’s getting a new engine

The rumor leaked that Cadillac has high hopes that the new CT5-V Blackwing will be able to hold its own against some of the competition’s new releases that are pending. It’s going up against the AMG M-division, the Mercedes AMG E63, Audi’s RS6 adn RS7, Dodge’s Charger SRT Hellcat, and Porsche’s Panamera Turbo S. The expectation has been set for the new model to be track-ready upon release.

3. There will be two transmission choices

We also learned that the new Blackwing edition of Cadillac’s CT5 will come with a choice of two transmissions. A version that includes three pedals is a novel idea for Cadillac, but that’s the supported rumor. You’ll have your choice of a version that is mated with a six-speed manual transmission or a 10-speed automatic.

4. It’s going to be less expensive than the competition 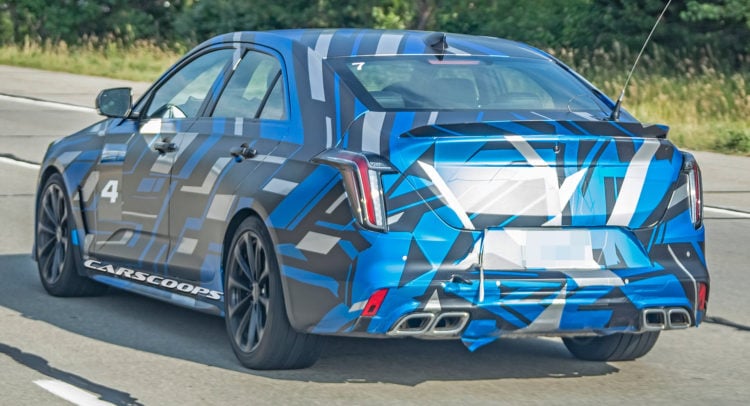 5. The CT5 will have a sibling and they’re both fast

At the same time that the new 2021 Cadillac CT5-V Blackwing is to be released, there will be a sibling presented for consideration. It’s the 2021 CT4-V Blackwing. Cadillac wouldn’t commit to the test speeds for either of the pending releases but they’ve made a few tantalizing remarks. They did confirm that each of the new cars tested in ‘seconds faster” than previous models. Considering the fact that the predecessors are fast, this does create a bit of tense anticipation or what may be coming in the very near future.

6. The new Blackwing is going to be delayed We discovered that General Motors has made the decision to delay the production of the new 2021 CT5-V Blackwing for up to 6 months. This is because of the coronavirus pandemic that has plagued the United States as well as the rest of the world. This pushes the production back towards the end of 2020 because of the dangers of COVID-19 to workers.

7. The Prototype was revealed last year

While the details about the 2021 Cadillac CT5-V Blackwing are keeping kept a secret, the prototype was revealed to the public last year. Cadillac showed the car at the Chevrolet Detroit Grand Prix labeling it as a “true V replacement,” along with its sibling CT4-V Blackwing. Caddy went even further to share that the VT5-V and the CT4-V are considered by the brand to be the next step in V-Series performance.

8. Excitement is growing over the 2021 CT5V-Blackwing

Tension among enthusiasts is beginning to mount along with anxious anticipation over what we’re going to see in the new vehicle. A spokesperson from Cadillac carefully shared a few juicy tidbits that indicated the brand has plans to release more “extreme plus models” and that they “would be coming soon.” This is one of the best ways to start a rumor so the imagination can go wild. We can only assume at this point that he was alluding to the CT5-V Blackwing and its sibling the CT4-V Blackwing. This has only thrown fuel on the fire, and if this wasn’t bad enough, the six-month delay is only going to increase the excitement and stir the fire.

Although this is a bold statement to make, the odds that the new 2021 being offered in an all-wheel-drive are good. This is an educated guess that comes from years of pre-judging new automotive trends and the spy experts are getting pretty good at second-guessing the manufacturers, after all, they do tend to be creatures of habit.

10. The new year will bring a new powerful sedan

The 2021 Cadillac CT5-V is finally a confirmed fact and it’s only a matter of time before all the confusion and guessing will come to an end. Spycams have brought us a long way in getting an idea of what we can expect for the upcoming year, but circumstance has delayed the official unveiling of the finished product for an undetermined amount of time. The guess is that within 6 months, it’s going to proceed forward with the final production and release of the new models. We’re hopeful that it will happen before the end of 2020, and while it appears that this will be the case, we’ll have to continue to wait and see. In the meantime, we’re waiting for more official news about the details of CT5-V Blackwing.