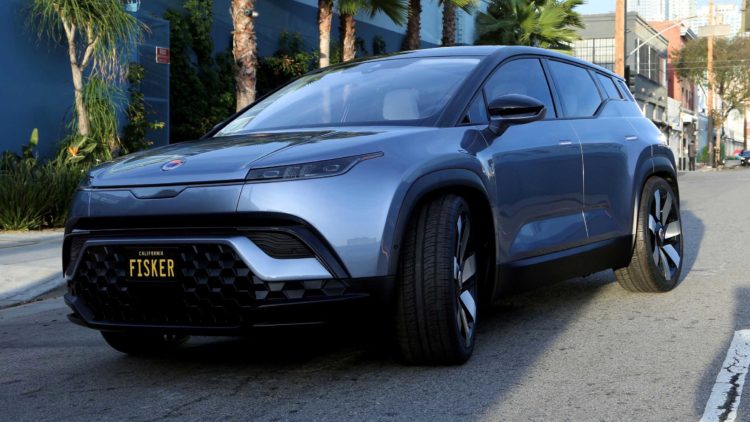 In 2007 Henrik Fisker had an idea, and he ran with it…as best as he could, anyway. It might be appropriate to say that he was somewhat ahead of his time, as far as his idea went. Fisker designed and manufactured one of the world’s very first plug-in hybrid automobiles: the Fisker Karma. The car was unveiled in 2008 at the North American International Auto Show, and this was followed with the delivery of the purchased vehicles in 2011. Unfortunately, some ideas are better to wait for; the Karma was then discontinued a year later…in 2012 due to the loss of their battery supplier. Just over 2,400 Karmas were built, and only 2,000 were ever sold.

In the eight or nine years that have passed since then, Fisker’s company’s sold at auction to a Chinese company that is now known as Karma Automotive, while the man himself retained the rights to the Fisker brand and trademark. With those in tow, he established Fisker, Inc., which opened its doors in 2016. Now they are preparing for the debut of their new, all-electric vehicle, the Ocean EV, and it looks like they may have caught up to Father Time after all.

This new car’s release leaves all of us wondering: What’s different? How is the new Ocean EV standing out against the past product, which didn’t do so well, we might add. Well, the fact of the matter is that the 2021 Fisker Ocean EV has a lot to offer, and many of its assets might really surprise you. We thought we’d share them with you today via one of our ’10 Things’ lists. Below are ten facts about the new Ocean EV that you probably weren’t savvy to. Since being up-to-date is really so important today, we figured we’d get our education, and share it with you to make you a bit wiser as well. So, read on to learn a bit of trivia regarding the new venture by Fisker, Inc.: The 2021 Ocean EV.

Not Just Power-Packed, But ‘Compact’ As Well

And this factoid is contrary to the ‘Karma’ of yesteryear. The Karma was bigger; the 2021 Ocean EV is technically a compact car, which makes it a bit sportier. The truth is that since it is all-electric, it is important to design the vehicle to be smaller, and therefore more ‘power-conscious, so it’s par for the course. It seems that Fisker did learn some lessons after all. 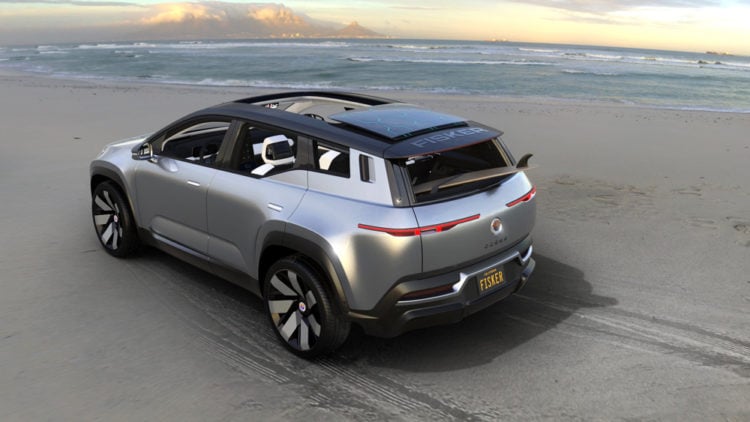 One of the things that has caused such apprehension on the part of the public when it comes to the electrification of the automobile is the mileage, or should we say the lack thereof. Well, we can make everyone feel a bit better about everything. The Fisker Ocean EV is said to be on the high end of things, mileage wise, pulling off about 300 miles per full charge. Compared to straight gasoline engines, or even hybrids, for that matter, there is a substantial difference, especially with the Ocean EV has a solar panel on the roof…we’ll get into that later. The bottom line is that is gets the best range available, and for the money that’s a heck of a deal.

What About That Solar Panel, Anyway?

According to Green Car Reports, the new Ocean EV will have a solar panel on the roof that is basically as long as the car itself. While we may all have been hoping (with much futility, I might add), that the car would never need to be plugged in due to this special feature. The fact of the matter is that the solar panel does help…but only slightly. It will charge the battery for a total of approximately 1,000 miles of range in a year’s time…hardly a regular re-up, but it’s saying something that the rest don’t say. The new 2021 Fisker Ocean EV is in the market competing with the Honda CR-V and the Toyota RAV4, among other compact crossover models. So, it’s of comparable size, of course. Since it doesn’t carry the burden of the gasoline powered engine or any of the other components that work together with it, owners can count on the Ocean being much more spacious on the inside, providing them with not only more leg room, but also with much more cargo space as well. Funny what the elimination of one great big, awkward, heavy motor can do, isn’t it?

If A Vehicle Were Environmentally Conscious…

…the 2021 Fisker Ocean EV would be the very picture of it. There are more sustainable features in and on this new crossover than simply the solar panel, not to mention the fact that the materials used are sustainable as well, and they also assist the Ocean in being as light as possible, making for improved performance. Fisker says that the vehicle as whole is sustainable, from the interior materials being all recycled products, like recycled rubber, clothing, and plastics. Since the entire design makes for better aerodynamic performance, there is no need for the mechanics of the cooling system of days gone by; the car’s computer judges and directs the amount of air that is sent to the radiator. Sounds like Fisker thought of just about everything.

Introduced In 2020, But Don’t Head To The Dealership Quite Yet… 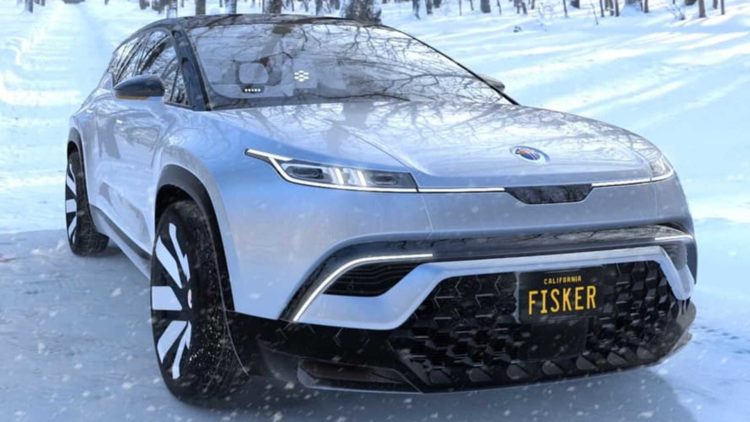 So, as we mentioned before, the 2021 Fisker Ocean EV was unveiled this year in Las Vegas at CES 2020. Being tagged the ‘2021 Ocean’ makes one think the car will be available for purchase this fall for next years market. However, the Ocean isn’t expected to even go into production until 2021, with actual sales not expected to begin until 2022. Sources say that the company still has some wrinkles to iron out prior to starting the manufacturing process, but as you will see shortly, it seems that Fisker has had no problems working out the price.

Mass-Manufacturing and the Ocean EV

In their online magazine MotorTrend touched on Fisker and the company’s aim in regard to the mass-manufacturing that will be the Ocean’s production. It seems that mass-manufacturing this particular car is exactly what Fisker has in mind, and they are planning for production to take place on three continents, which will ensure the provision of the Ocean to the American, Chinese, and European markets. The company is planning to put out one-million Oceans between 2022 and 2027, so they are really aiming high. Hopefully the public is as fond of the Ocean as the company is; we certainly wouldn’t want to see a repeat performance of Fisker’s past experience with being ahead of their time. While we mentioned a couple of other makes as being potential runners for the electric car’s spot in the limelight, there is one main brand that Fisker is more focused on beating out than the others. You probably guessed it: Tesla and the Model Y, which will be more of a ‘direct competitor’ than any other make and model. What we do know is that Tesla has been working on this concept for some time, while Fisker has played its hand and lost the pot in the past. Who will come out ahead in this race remains to be seen, but Fisker is fairly certain that the Ocean will give Tesla a good run for their money.

So, most of us think of buying a car, then proceed to buy it on credit or lease it through the company. But Fisker is going to provide even more options for the buyer. Yes, you will still be able to buy or lease, but you will also have options such as offering a ‘user-determined’ period of ownership, which will tentatively range from one month to many years (the time period will be chosen by the owner of the car). Fisker is also going to be providing auto insurance through their app, which will be available for owner use in the future. 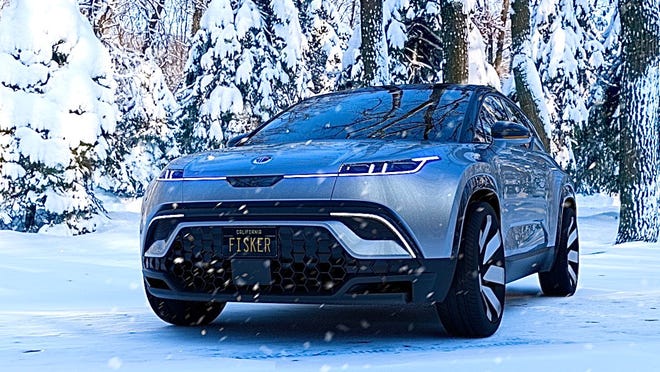 Well, this is the moment that you have all been waiting for. After reading about the sustainable materials and how they used them to make the Ocean more efficient, and after hearing about interior space, competitors, and ownership plans, we can finally cut to the chase. The price set for the new 2021 Fisker Ocean EV is…$37,499, and that before the addition to federal and local taxes. Fisker wanted the price to be around $40k, and it looks like the company met that goal, along with many others. So, the bottom line is that the new sustainable, all-electric 2021 Fisker Ocean EV is not only attractive and green, but its affordable too.

Today we see more and more electric cars being introduced, and we shouldn’t be surprised, considering that electrification has been the goal for some time. With that in mind, we all have expectations regarding what we think an all-electric car should be and do. Well, Fisker, Inc. is well-aware of those expectations, and they are putting out a car that will attempt to live up to that, possibly better than any car has done before. We’ll see how it goes for the Ocean, and we wish it the very best. As we are so fond of saying, do your homework, and make sure to get a test drive before you commit. But most of all, have fun out there, and be safe on the road.