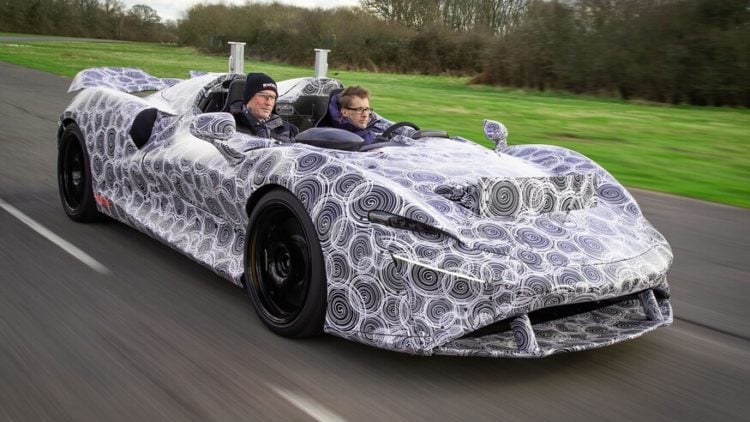 McLaren has pulled out all the stops with its new 2021 Elva Prototype. The new super sports car will hit the road offering the delivery of more intense performance and styling with some very special enhancements that will blow you away if you’re standing too close when it speeds by. This will be a fairly exclusive model so you’re not likely to see many tooling around in town, but if you’re interested in getting a preview of what to expect, here are 10 things you probably didn’t know about the McLaren Elva Pro.

1. The 2021 McLaren Elva Prototype is a new Ultimate Series roadster

At a glance, the first thing that catches your eye is the exterior design. The 2021 Elva features an open-cockpit design. This is a two-seater that doesn’t come with a windshield, which immediately sets it apart from the others this model year. If you’re looking for a unique sportscar offering a distinct aesthetic then this fits the bill. The body was planned with a roofless design that pays a nod to the 1960s model in a tribute to Bruce Mclaren.

2. It promises an open-air experience but you can customize 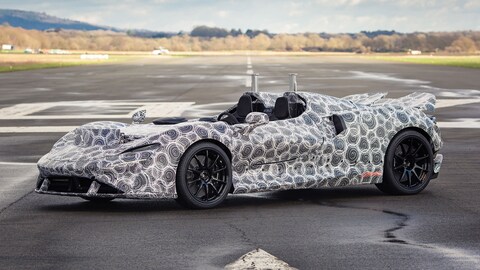 Considering the fact that this is a roofless vehicle, there is no windshield and there are also no side windows. McLaren has made provision though, for drivers who prefer to have a more traditional setup to deflect bugs and wind. They’re offering the option of ordering the Elva Pro with a windshield if desired.

3. This is McLaren’s lightest vehicle

Another distinguishing feature of the 2021 McLaren Elva Pro is the fact that it is extremely lightweight. In fact, this is the lightest car that McLaren has produced in its history. The design team got together and made some serious tweaks to reduce the mass of the car without interfering with its performance. The chassis and body are made of carbon fiber materials and other components feature the use of the most appropriate lightweight materials. Shaving off two or three pounds here and there helped to accomplish this feat. They’ve trimmed the fat to make this McLaren’s lightest car ever.

4. The price tag is exorbitant 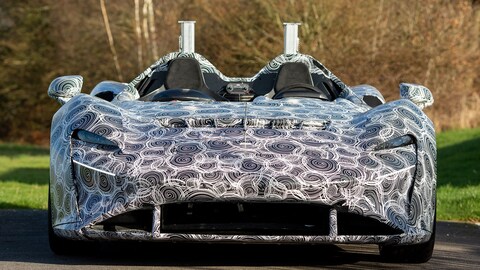 We learned that the base price of the new 2021 McLaren Elva is going to be $1,690.00. This is before you start adding any of the available options as extras. McLaren’s Special Operations offers a selection of different colors for the interior and the exterior, along with personalization with badges in your choice of 18-carat white gold, or platinum. You’ll also be able to jazz up the exterior finish if you desire, with a shimmering additive that gives the appearance of flowing water through Thin-ply Technology Carbon technology. They’ve not yet released the cost of these additions though.

The new Elva Prototype is going to be a powerful sportscar. The new Ultimate Series roadster is equipped with a twin-turbocharged 4.0-liter V8 engine. The power plant will produce an amazing 804 horsepower and claims 590 lb-ft of torque. The engine is mounted in the back of the two seats. The acceleration time was tested and it claimed from zero to 60 mph in just under 3 seconds.

6. There will be a limited production run The new 2021 McLaren Elva Prototype was scheduled to be produced with a limited number of 399 examples for distribution throughout the world, but the manufacturers have since altered that figure. The decision was made to further reduce the number of releases to just 249. This makes the car even more exclusive because there will be fewer of them available. The reduction in the number of cars to be produced was made in April of 2020.

7. There will be some protection for the driver

The thought of driving a super-fast sports car without a windshield can be a daunting proposition. The design team at McLaren has actually thought this through. .They’ve implemented a technology that they call the Active Air Management System. This system uses a deflector which can be adjusted by the driver to redirect the airflow in the cabin. There is also a series of vanes, ducts, and outlets that work together to create a Buble of space within the cockpit that enjoys a break from the wind.

8. It will be legal in the United States 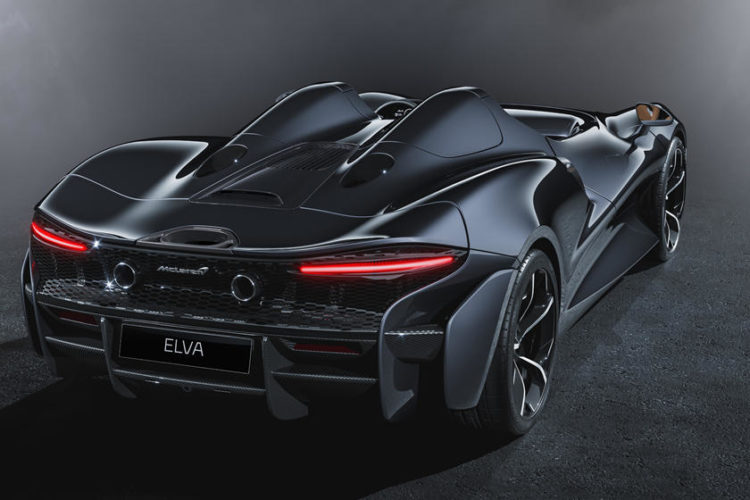 The lack of a roof, windshield and side windows is a concern for some US residents who are familiar with homologation rules for road use. McLaren hasn’t forgotten those in its United States market who live in states that require a windshield. This is the main reason that the car can be ordered with a fitted windshield that conforms to these requirements, so nobody gets left out because of where they live.

This car is made specifically for the use of one or two people at most. The seats are tailored to provide ultimate comfort for both driver and passenger with placement into the carbon shell with support for the head, shoulders, and back. Non-slip mats come standard to cover the exposed carbon fiber floor. It doesn’t come with an entertainment system, but you can add one as an optional feature. There is a small compartment for storage in the cockpit and it is made to hold helmets.

10. The cockpit is entirely open This unique roadster doesn’t offer any protection from the elements. It is a completely open concept car so if it’s raining, snowing, hailing or blowing, it’s best to don your helmet. This makes it fairly obvious that it’s a car you only want to drive around on a bright and sunny day, but you’ll also want to wear a helmet to protect the top of your head from the sun.