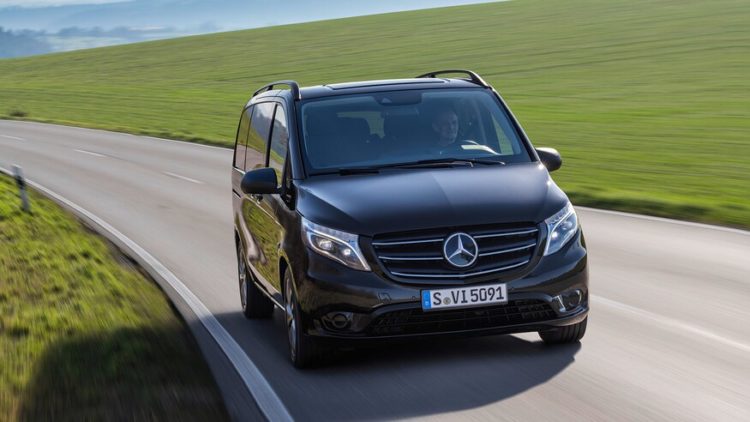 Mercedes-Benz has officially announced the pending release of its new updated Metris work van. The 2021 model has undergone a few serious changes that will take the capacity and tech to a whole new level. We’ve learned that fans of the previous model will have a few new things to look forward to in the upcoming model year and the automaker promises that we will see a progression of useful features that are likely to serve as selling points. Here are 10 things that you probably didn’t know about the 2021 Mercedes Metris work van.

1. The 2021 Mercedes Metris Work Van will come with a variant

You’re going to have your choice of two models of the 2021 edition of the Metris work van. The vehicle is going to be heavier. The lighter version will have a curb weight of 6.393 pounds. The heavier variant is going to weigh 6,834 pounds. It is assumed that the weight difference is thanks to the updates in technology that have been made, which are significant. Be aware that both new editions will be improved over the 2020 model year.

2. The transmission has been enhanced The 2020 edition of the Metris work van was equipped with a seven-speed transmission, but the engineers made the decision to take a different approach to the drive train. The 2021 model gets a new unit and it’s been confirmed that they will equip the van with a none-speed automatic supported by gearshift paddles with placement on the steering wheel. This could account for the increase in the weight of the van, at least in part.

3. The 2021 Metris gets new driver technology

On the inside, drivers are bound to appreciate the upgrade in the central display screen. The previous model came with a 5.8-inch display which was nothing fancy. They’ve replaced this with a new touchscreen that measures 7.0 inches and it has a built-in smartphone integration feature. They’ve also enhanced the rear view camera and thrown in a digital interior mirror, updated the seat covers, given the floor new plastic covering, and added a gloss black finish for the center console. Driver features will be Active Brake Assist for the prevention of rear-end accidents and adaptive cruise control.

4. The new Metris work van will be affordable Just the name Mercedes-Benz is enough to make one assume that the new Metris work van for 2021 is going to come with a high price tag. From what we’ve seen, this isn’t going to be the case. Even with all of the recent updates made to the van, the starting price is still going to be in the area of $34,000. While you may be able to buy some other work vans for less, this is a reasonable starting price for a high-profile luxury vehicle.

5. Special features will come standard with the 2021 Metris work van

The Metris is going to be offered in cargo, or work van edition as well as a passenger model. The passenger model is expected to have a starting price of around $37,000. We learned that the special features we’ve been discussing, which include attention, crosswind, blind-spot and active brake assist will all be standard equipment and you won’t have to pay more in upgrade fees to get them added.

6. The Metris has a European sibling If you’re confused about the fact that the Metris seems to have a European twin, the reason is not complicated. The Metris, which is a mid-size cargo van, has been made for the US market and it is advertised as the Metris. In Europe, the equivalent for the European market is billed as the Vito. Essentially, the Vito and the Metris are the same vehicle models with tweaks made to make each conform with the regulations of the respective countries in which they are marketed.

7. The new model may not look much different but there are changes

When you compare pictures of the upcoming 2021 model of the Metris work van it may appear that they look the same. If you look hard, you will be able to see one major difference on the exterior. It’s aesthetic, but it is getting a new radiator grille. There will also be a choice of 16 or 17-inch wheels and of course, the new tech that has been loaded on board.

8. The unveiling has been compromised As with many new brand models being introduced or announced, the coming-out party for the Metris has been delayed. Due to the outbreak of the Corona pandemic, an event that was scheduled in Germany has been canceled. Even the threat of a deadly virus has not been enough to stop news of the new work van from being passed around though. This is exciting news and it can’t be contained.

9. There are still a few mysteries surrounding the Metris work van for 2021

We’ve been told that the new 2021 Metris work van will be equipped with a 2.0-liter four-cylinder engine. So far, this is going to be the only choice available for buyers in the United States. The horsepower output is claimed at 208 with rear-wheel drive editions coming out with the new 9-speed transmission and front-wheel drive with the 7-speed.

10. There may be an in-between version available soon There will be differences between the Metris work van and the Vito, which is the passenger van. Of course, the Vito (passenger) version will have more luxury features for the comfort and enjoyment of passengers and driver, but there are rumors of a variant that has been referred to as a “Mixto” edition that meets in the middle in a blended version of the two models. Currently, this is a rumor and we’ve not received any word on what that vehicle will look like if it will be offered in the US, or when it is likely to be released.