Home
Motorcycles
A Closer Look at the 2021 Suzuki Katana 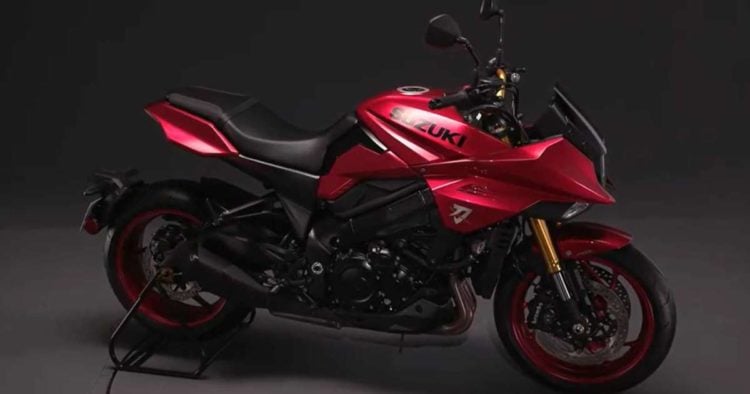 The Suzuki Motor Corporation is known for the manufacture of a variety of vehicles with small combustion engines, such as cars, motorcycles, ATVs, and even wheelchairs, to name a few. While many are familiar with the fact that they put out more than just motorcycles, it is the motorcycle that the company is known best for, at least in the States. The two-wheeled bike has been one of their most recognized products, and that for good reason.

In 1952 Suzuki began to place its focus on the design and production of the motorcycle, and from 1955 to 1976 they produced two-stroke engines only . Of course, ’76 saw them release the very first four-stroke engine bikes, and went on to win motorcycle races on the same level of success as with their two-stroke models. They won the 2000 season of the Moto GP, which was the last season won for them, in addition to 93 total wins for the Isle of Man TT Races. And that’s not to mention the many, many models of street and racing bikes they have put out for purchase and use by the public, including the Katana, which was first released in 1981.

The Katana was manufactured between 1981 and 2006. It was then picked up yet again in 2019, and while it was a name used for Suzuki’s sport touring line and some turn-of-the-millennium scooters, there have been several Katana variants put on the market by Suzuki. That’s a lot to remember, even for the most astute of Katana fans. So, in an effort to familiarize you with this bike on a more personal level, we have put together a ’10 Things’ list especially for all of you Katana lovers out there, with a main focus on the 2020 Suzuki Katana.

Get comfortable, because whether you are a Katana fan from way back who is just reading for the expansion of your knowledge, or you have a 2020 Katana in mind for purchase, you are about to learn a plethora of facts about this well-known, much-loved motorcycle…

The first Katana was released in 1981 under the GSX1100S moniker, and the bike was designed by Hans Muth, an ex-Chief of Styling officer for BMW. According to Ulitimate Motorcycling, it was initially made for those who loved race bikes and had the need for speed, and it was perfect for its purpose. It was all about performance, and as far as performance was concerned, the Katana Delivered. 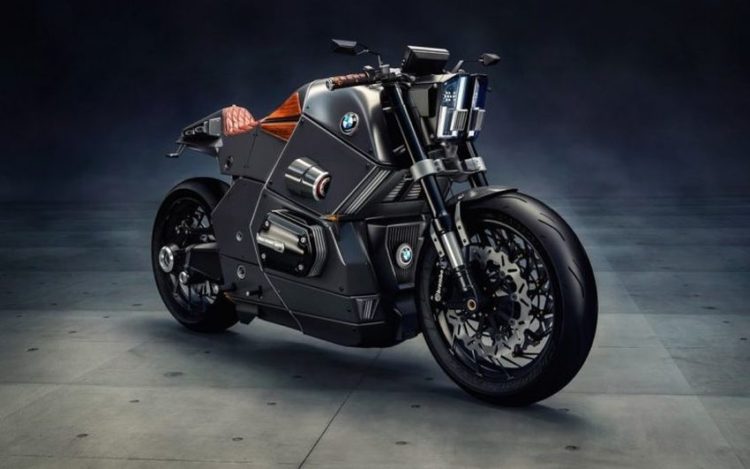 So, why ‘Katana’, and what does the name mean? Well, the name is taken from the Japanese. It is the name for a sword with a single-edge blade that is curved. It’s guard is either square or circular, and the hand grip is typically long enough to accommodate two hands. This made the sword ideal for use by samurai. Because of its sport appeal and ability, the bike was found to be best fitted to the name ‘Katana’ than any other name, so it was used.

As we mentioned earlier, the Katana was discontinued in 2006 and picked back up in 2019 for the 2020 model year. The 2020 version does ‘heat’ things up a bit. According to Top Speed, the new Katana is much sportier than other bikes in the Suzuki GSX-S1000 line. It is still a bike for every day, but it stays true to the sport side of things with a loyalty that is obvious. Basically, owners get one hot bike that is actually meant to be enjoyed on a daily basis. 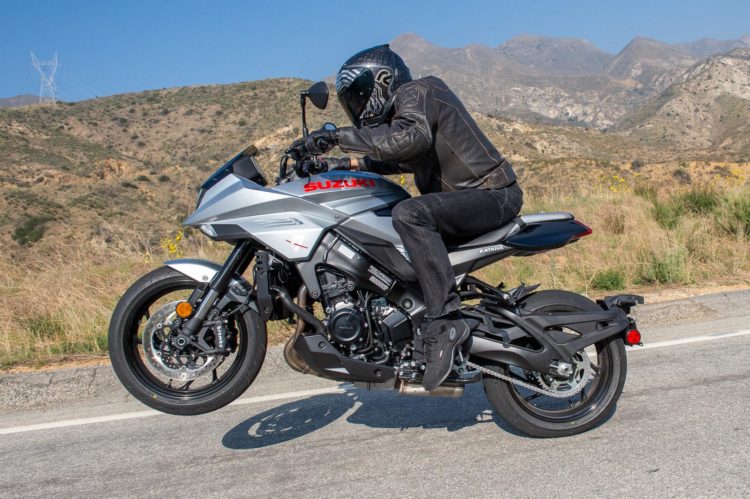 Just to give you an idea of what makes this baby go, here are some specs as they relate to the engine and the bike’s top speed:

With that being said, we think we’ve said it all.

The 2020 Katana has all the features that fans have come to expect, but in many ways it adheres to the design style of the original 1981 model. An earlier article on the Katana from Ultimate Motorcyclist states that the bike’s lettering and emblems are the retro part, as they are based on those of the ‘81, as is the Metallic Mystic Silver paint, but the Katana’s design is very modern, with a streamlined look and build that is reflective of the motorcycles of the future. The idea for the bike was sparked by Rudolfo Frascoli, and the concept bike was actually built by a company just outside of Bologna, in Castenaso, called Engines Engineering.

6. Getting A Good Grip 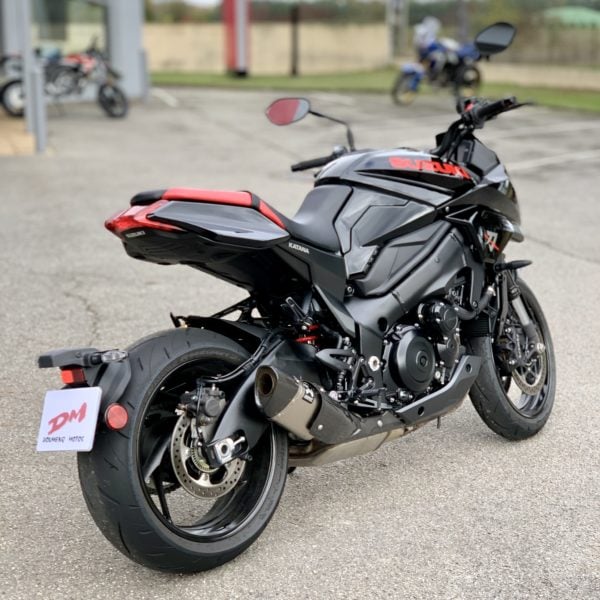 The 2020 Suzuki Katana also comes with a tri-mode traction control system. The three available modes are Sport Mode, City Mode, and Wet Mode, with a strategically-placed control switch located on the left handlebar. These modes enable you to have a better, safer riding experience by enabling you to adjust your traction to the road conditions and the type of driving you are doing.

The 2020 Katana was introduced to the public in 2018 at Cologne’s Intermot show. It was there that the differences between the original concept bike and the current street-legal versions were identified. Though only a small handful of the differences can actually be seen with the eye, they include handlebars that are shifted to be closer to the rider, the gas tank was re-designed to change the angle of the steering, thereby giving the driver more room, and the overall weight of the bike was shifted so that the majority of it has been distributed to the rear of the bike. This makes for better traction and control. According to those who have had the opportunity to ride the Katana, the changes work.

8. Stopping Is Important Too 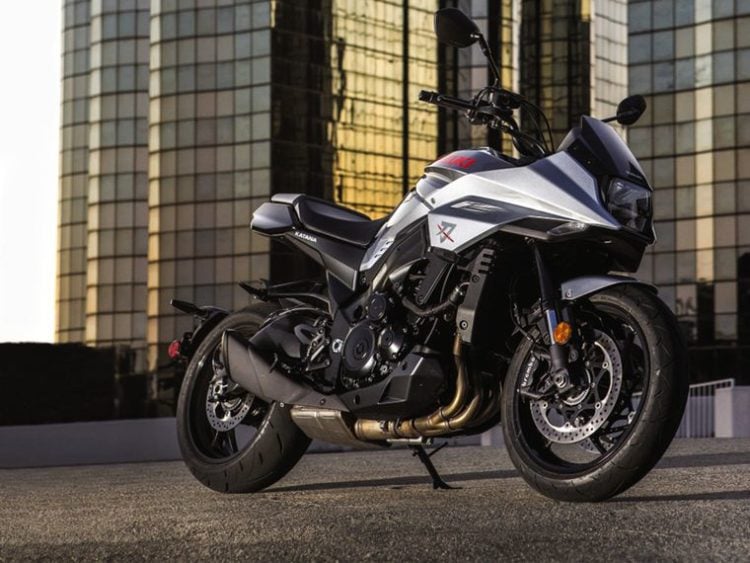 It’s nice to know what makes a bike go, but there always comes a time when you have to rein her in and come back down to Earth. In other words, what’s stop’s the Katana? Well, the fact is, only you stop the Katana, but you do it by means of Bosch ABS and Brembo brake calipers. In addition, the Katana comes with a pair of Sportmax Roadsport 2 tires that are tapped specifically for this bike model (, so you know Suzuki has paid attention to detail here. After all, stopping is important too; you always want to do it successfully.

There are other mechanical features which add to the exceptional performance of the 2020 Katana, as well as features which make this one comfortable, easy-to-ride street bike. Additional features include:

With all things considered in the 2020 Katana, Suzuki has designed and built a bike that is fun, controllable, and has safety features that make handling a breeze, and it runs incredibly as well. All that really leaves is one major point… 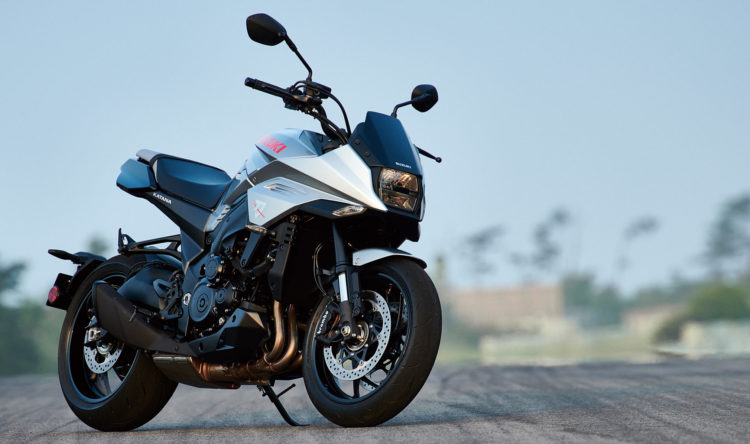 So, we’ve finally come down to it, haven’t we? What is the 2020 Suzuki Katana going to run the average buyer? Well, you can count on the standard model version running approximately $13,499, but keep in mind that, as with all vehicles, there are additional optional features which can jack up the price a bit. If you’re interested in staying basic with the standard edition, however, the price above is what you can expect to pay.

Yes, the 2020 Suzuki Katana has quite the history, and in more ways than one it has managed to live up to its name, cutting down the streets and roads with a sharpness that is unforgettable. The new bike is no exception, and it lives up, and surpasses, the reputation made for it by its predecessors. So, now you have the answers you need regarding the new Katana, whether you’re a fan or a potential new owner, so go out and do what you are going to do with the knowledge we’ve given you. Have fun, ride on, and above all else, be safe doing it.