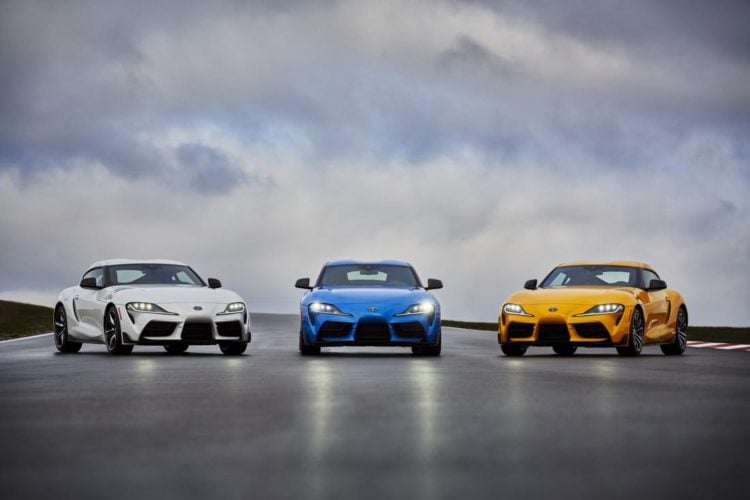 The end of production of the Toyota supra in 2002 after a 24-year spell was sad news to the sports car enthusiasts’ community. The car had a reputation of ultimate power, speed and handling and was also economical compared to other vehicles of its class. For those who loved the Toyota supra, the option was to go back to the older models. However, the tide took an unexpected direction when the supra came back to life in 2019, ushering in the fifth generation. At the moment, our sights are set on the 2021 Toyota supra, which will feature a ton of upgrades. If you are looking forward to this sports car release, then hang on as we go through ten things you probably do not know about it.

Nothing is as remarkable on a car like its power, and it is one of the key pointers on how lucrative a sports car is. The 2021 model of the supra gets a boost when it comes to its resiliency and 382 horsepower, which is 47 more units than its predecessor which had a 335 figure. When it comes to the track, you are sure of excellent performance.

2. Does Not Have A Manual Transmission Version To the hardcore sports car lover, the way to go when it comes to the car’s transmission is the manual option. While the automatic transmission cars are more comfortable to operate, manual transmission has the machismo factor that comes with the shuffling of the pedals and the stick shift. As from Car and Driver, a vehicle review site, the 2021 supra won’t have the manual transmission version, just like all the 5th generation supras.

3. Has A BMW Engine Under Its Hood

For sports-oriented automobiles, the focus is on the speed and resiliency when tackling the asphalt track. For the latest supra, the impressive engine power comes from a BMW Z4 engine. The engine’s power translates to a smooth ride which is essential for such speed based cars. The collaboration between the two companies lets you have a touch of both their auto-engineering feats. It brings much speculation on which direction the two companies will take in future.

4. Only Available As A Coupe The supra is only available as a 3-door coupe, which is bad news for those fond of convertibles. While you can have some modifications to have it as a convertible, it will be akin to damaging it and making it structurally weak and more susceptible to accidents. The best option is to have it as it is. If you badly want a convertible, then you can go for its cousin, the BMW Z4, which they share the same engine and chassis base.

5. The GR Edition Will Be A Limited Edition

For the American market, 2021 supra will take on the brand name of the GR Supra. It features several upgrades and differs slightly from the new supra as it is more racing circuit-oriented. According to Toyota’s official website  the car will come out as a limited edition with only 1500 units expected to be produced. The limited number will see a rush for the units, and it will be interesting to see its price tag once it graces the showroom. Toyota is among the best car manufacturers when it comes to the consumption element. The previous versions of the supra were popular as they were economical sports cars. The 2021 Toyota supra is not different, with a figure of 31 miles per gallon on highways and 24 miles per gallon on city roads. The figure is decent and won’t have you break the bank for you to drive the car.

The interior is one aspect of the car you cannot overlook, and the latest supra does not disappoint. The driver’s compartment is comfy, though it seems a bit tight and for somebody with a bigger frame; you will need to adjust the seat accordingly to fit perfectly. The double-bubble roof, however, provides ample room and there is no risk of hitting your head.

The cargo area is quite spacious and can fit some few bags when you want to go out on a ride. Its interior is very similar to the one of the BMW Z4. Aside from the GR supra, the A91 version will also be a special edition based on the 6-cylinder engine variant. It will be quite powerful and a standout when looking at its exterior. The car will come in two colors, Nocturnal or Refraction with an enhancement of a black carbon fiber spoiler and mirror caps. The word supra will feature on the brake calipers, with black Alcantra leather featuring on the interior. The targeted production figure is only 1000 units.

9. Sliming Chances Of A Hybrid

The hybrid technology is taking over with many vehicle models having a hybrid version. It was an expectation that the supra will likewise have such a release coming soon, however, it seems the chances are getting slimmer with each unveiling. While the idea of a hybrid sports car seems excellent, making it come to fruition is the problem. The supra has a slated date around June 2020, and speculations have it that its price tag will be in the neighborhood of $56000. While not yet confirmed, reports indicate that it will be more affordable than the preceding models; hence the quoted price might be on the higher side.

The Toyota Supra is back, and for the past two years, we have seen the level of auto-engineering the comeback model features. The 2021 Toyota supra is one of the most awaited models of 2020 and promises power and speed – the critical ingredients of an exclusive sports car. Above are some things you probably did not know about the new supra. Visit Toyota’s website to see more of its specs and know what to expect once it hits the showroom.