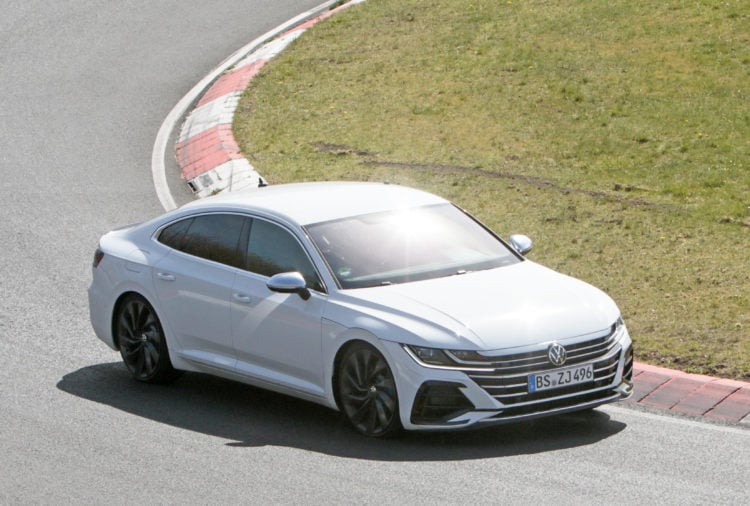 Since 1937, German automaker Volkswagen has been manufacturing quality cars that have proven to be both affordable and stylish, not to mention economical, safe, and fun to drive. One model produced by the Wolfsburg-headquartered companies is the Volkswagen Arteon, a model which was first introduced to the public at the 2017 Geneva Motor Show; it was brought to the North American Market at the Chicago Auto Show the same year.

Being a newer model, the Arteon may not be a car you are vastly familiar with, but we aim to clear that up right here and now, and what better way to do that than by means of ’10 Things’ list? We can’t think of a more attractive alternative, so we’ll proceed. Below you’ll find ten mostly unknown facts about the Arteon that even we were surprised to learn. We’re willing to bet that by the time you’re finished reading you’ll see that there is a lot more to this model than you would have bet on at first. It’s attractive, comfortable, and, well, you’ll just have to read on to discover the rest.

So, sit back, get comfortable, and realize a bit of new information about a Volkswagen model that is definitely worth a second look: The 2021 Arteon.

1. The Arteon Is Descended From the Volkswagen CC

As a matter of fact, it is sometimes referred to as the ‘CC’, even though it has been given a new name. Under either name it is considered their flagship vehicle . You may be wondering, then, if there are any differences between the two models; the answer is yes. The Arteon is a bit more ‘upscale’ than the CC, which was known for having an interior that was well-designed and looking a lot like a coupe (for a four-door); the car also ran well. The company’s goal with the Arteon was to improve on all of these points while maintaining the integrity of the model. 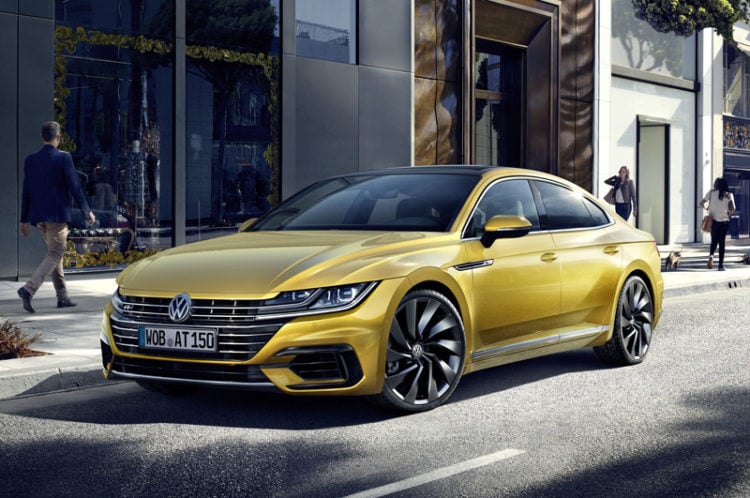 One of the best things about the new Arteon is that the interior is much roomier than the CC…in fact, it’s got more rear seat headroom than pretty much any other car in its class. The cockpit has also been designed with the driver in mind, with easy accessibility to whatever function the operator is in need of. If the truth be told, the interior of the 2021 Arteon is about as close to classing as luxury as it can get without actually falling into the category. The fact is that the new Arteon, while being a true mid-sized car, provides as much, if not more, luxury than any other model in its class.

3. All That’s Great…But What About Gas Mileage?

When we’re keeping in mind the facts mentioned about regarding the interior and body styling, the final verdict is that for a luxury mid-size of its caliber, the Arteon gets very good mileage, indeed. New owners of this model can expect to get around 22 mpg in the city and 29 mpg on the highway …nothing to shake a stick at. This is actually another good incentive, because you already get so much when it comes to the rest of the car.

4. As Far As Safety Is Concerned… 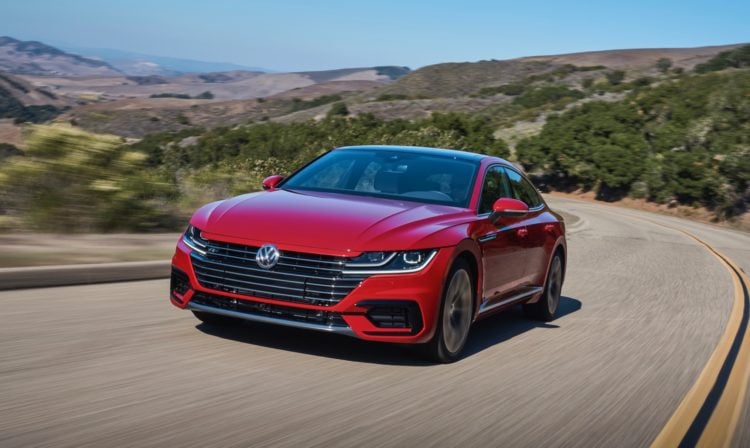 There are many state-of-the-art safety features in the 2021 Arteon that anyone with half-a-mind for safety would be won over by. From the basics like safety belts and handgrips to technically advanced features that are proven to make your ride safer.

Always nice to have some of the major concerns become afterthoughts.

When you have a flagship vehicle that is working for you, the important idea is to keep it fresh. This can be a difficult thing to do, but VW seems to be displaying some fairly exciting ideas when it comes to the 2021 model that should keep heads turning for awhile. This year’s model of the Arteon includes the Arteon R, and aesthetically speaking, there is a bit of diversion from what you may be used to  when it comes to this particular model. To us, it seems to look a lot less like a fastback than before…sort of like it has grown a bit of a trunk. But the fact is that from a certain angle there are still reflections its CC heritage, and the Arteon of yesteryear. Specific differences include both exterior and interior chnages that make things much more comfortable and convenient, while looking better too.

6. Breaking Down the Trims 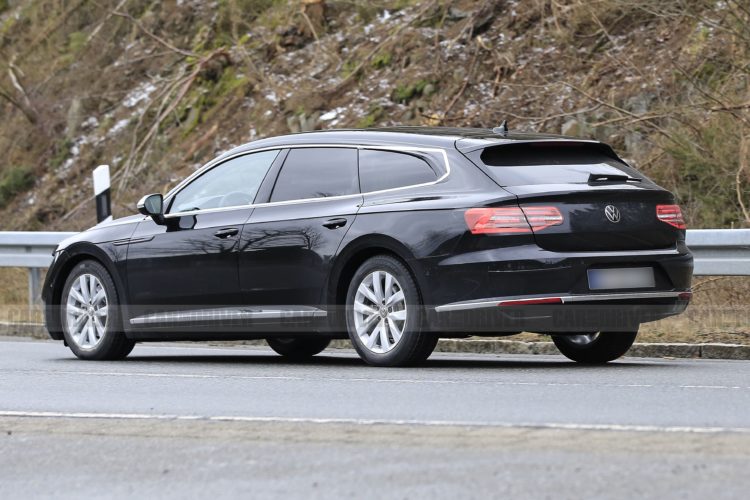 For being mostly a family-oriented sport vehicle, to put it mildly, the Arteon is aptly-suited for that and more. The following breaks down the kind of engine power you are going to get with the different trim levels of the 2021 Volkswagen Arteon, as well as some of the other differences between the sub-models:

7. It Comes With Some Very Attractive Color Options

Colors will include, but not be limited to: Manganese Gray Metallic, Pure White, Urano Gray, Deep Black Pearl, and Pyrite Silver Metallic. As for the interior scheme, you can choose from Titan Black V-Tex Leatherette, Nappa Leather in Stone and Raven, V-Tex Leatherette in Titan Black and Moonrock, and Nappa Leather in Titan Black and Canyon Brown; there is also the option of straight Titan Black Nappa Leather. For those familiar with previous model years, if it seems that the options have shrunk as far as colors go you are somewhat right. It seems that there were many more to choose from before, but many have been foregone in favor of a much classier, more streamlined approach.

8. The Arteon R Has Been Tested on the Nurburgring 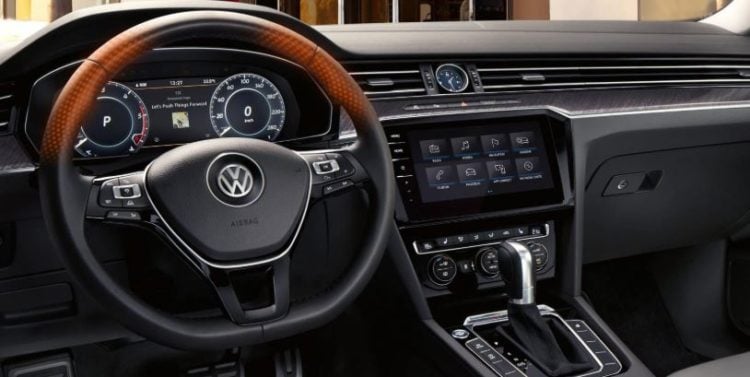 In April of 2020 the Volkswagen Arteon R-Line was tested on the track at the Nurburgring, meaning that is was really put to the limit. This may ease the minds of some sticklers out there, as it means that the Arteon is more than appealing to the eye and roomy. It also means that this is a car that stood up to pretty much all that could be thrown at it. Not too shabby…

This high-end sub-model is actually getting quite a bit of attention. It does have a 3.0 liter, 6-cylinder engine available that puts out around 400 hp and goes from 0 to 62 in right around four seconds. As of early May, unfortunately, the Arteon R model was not expected to be sold in the USA, but at VW.com  the prices are all given in American dollars, so we’ll go with that.

And this is the point that it all comes down to in the end, isn’t it? So, since this is the case, let’s take a quick look at what you can expect the base price for each trim level to be.

Straight from the horse’s mouth, now you know the down and dirty when it comes to the new 2021 Volkswagen Arteo. Whether you are considering the base model or have your eye on the more exclusive R-Line with all the trimmings, there is certainly something here to fit your needs and your personal taste, not to mention your budget. No matter how it turns out, though, be sure that during your car shopping, and long after, you play it safe on the road, for both yourself and your loved ones. Happy driving!