Home
Technology
What is 3D Printed Bacteria Ink and How is it Useful? 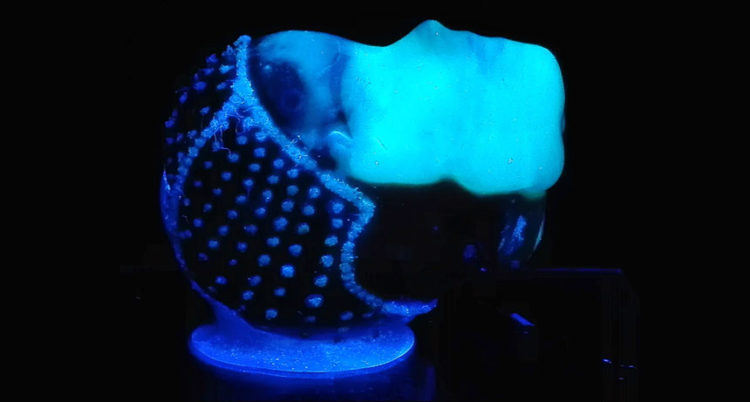 The potential of 3D printers is enormous. However, a recent invention has introduced further possibilities, which should come as welcome news to those who are fascinated by how new techniques and technologies could change how we live. For those who are curious, said invention is something called 3D-printed bacteria ink, which is exactly what it sounds like.

Simply put, the ink consists of living bacteria suspended in a gel that has been infused with the nutrients needed to ensure that said microorganisms can serve their intended function. This sounds rather simple and straightforward in nature, but it should be mentioned that there were serious problems with finding the perfect texture with the perfect results. As it turned out, an ink that was too stiff meant that the bacteria were rendered incapable of moving, which in turn, made for poorer results by impairing their function. In contrast, an ink that was too thin was useless because the products made using the 3D printer became incapable of maintaining their shapes.

Regardless, some people might be wondering why there is so much interest in something like 3D-printed bacteria ink. If so, they need to remember that while we tend to think of bacteria in the context of infectious diseases, different species of bacteria can perform a wide range of different functions, including some that are essential for human well-being. As a result, while 3D-printed bacteria ink is still a new thing, it could have a wide range of applications in the future.

What Are Some of the Potential Uses for 3D-Printed Bacteria Ink?

For example, some species of bacteria can be used to break down harmful chemicals. As a result, ink containing said species of bacteria could be used to create filters as well as other products that can help clean up oil spills as well as other concentrations of harmful chemicals in sensitive surroundings. Considering the widespread impact that such chemicals can have, this could mean significant boons for clean-up efforts and similar operations in the not too distant future.

Furthermore, some species of bacteria can produce useful products such as nanocellulose, which is not just stable but also capable of relieving pain and retaining moisture. Combined, these characteristics make nanocellulose perfect for treating burns, though in the past, this was complicated by the fact that nanocellulose had to be made in flat sheets. In contrast, 3D-printed bacteria ink promises to be capable of creating nanocellulose in a wide range of shapes, which in turn, would enable their use for a wide range of circumstances. On top of these characteristics, it should be noted that nanocellulose is a natural material, meaning that there is a lower chance of the human body’s immune systems rejecting its presence with all of the negative consequences thereof. Something that could enable its use in other medical contexts as well.

Of course, there are other potential applications for 3D-printed bacteria ink than those that have been mentioned here. After all, there are countless species of bacteria out there, meaning that there are numerous species that can prove useful for human interests under certain circumstances. As a result, there is much potential that remains untapped, which could result in incredible rewards.

With that said, there are still numerous challenges that will have to be overcome before 3D printed bacteria ink can be put to practical use. After all, it is one thing to prove a concept, it is another thing to make that concept practical for commercial and industrial use. Still, considering the sheer potential of the new invention, it seems probable that considerable resources will be thrown into the process of translating it to practical use. As a result, interested individuals might want to continue paying attention to the news for further details to come out, not least because the products of those efforts could end up making a significant difference in their lives at some point in the not so distant future.

However, while 3D printed bacteria ink seems promising, interested individuals should wait to see what happens before becoming too excited about the possibilities that lie ahead. Technological advances are always exciting, but their actual uses may or may not be the same as what is predicted when the initial findings are made. As a result, there is no reason to get too excited, lest the end results turn out to be disappointing for reasons that are still unknown at this particular point in time.