What would happen if the most important person in your company left tomorrow? It will happen, either unexpectedly or through foreseen circumstances such as retirement. If that person is you, then you would probably hope that you could move onto the next phase of your life without worrying that the company may cease, putting your former staff and colleagues out of a job.

Long-term continuity depends on solid succession planning, but many companies don’t start until someone’s departure is imminent. One survey shows that 52 percent of managers feel that their company would have to hire someone from the outside to fill critical role, as the internal talent pipeline isn’t producing suitable leadership candidates. Often, succession planning fails at the first hurdle: the identification of suitable candidates. Finding the right people is half the battle, so here are some tips for finding understudies for your most important people.

Succession is rarely a like-for-like swap. Leadership needs change as the company evolves, and the next executive may require very different skills from the person they replace. For example, an estimated 12 million of U.S. businesses are going to be impacted by the retirement of the baby boomer generation, many of whom founded those businesses. The people who succeed them are going to face an economy that is almost entirely digitally driven, so they will need to know how to manage digital disruption in a way that their predecessors did not.

We all have certain biases of which we may not even be aware. For example, a study by Harvard shows that 76 percent of people, both male and female still see men as being more career-oriented than women. Other, more particular biases can creep in, too. We may judge people without realizing, based on the school they went to or how they dress. We need an objective and transparent process for selecting potential leaders that helps remove preconceived assumptions. If not, the organization may overlook someone who has all the right attributes.

Some people look great on paper. They have a great education and an impressive resume, but they cannot lead. Being a leader requires a number of qualities that are not always obvious, such as being an excellent communicator, having a strong strategic vision, the ability to engender trust, and being a creative problem-solver. It is easier to teach a leader the intricacies of a particular industry than to teach experience.

The Navy is great at moving people around, regardless the job training or the specialty? You know how to drive Navy ships? Great! You can run a ROTC unit. You ran a base? Fantastic, now go run an aviation squadron. The Navy knows that great leadership is great leadership.

The best way to assess a candidate’s suitability is to watch them in action. This means giving them a chance to prove themselves, usually by managing a team, a project or with a promotion. However, candidates need to be set up to succeed at these tasks. Offer them the training and support required to step up to the next level, and then give them a meaningful opportunity to test themselves. It’s during this kind of development process that tomorrow’s leaders will emerge.

5. Search Externally, If You Must

The reason to promote from within is that you want your successor to be someone who truly understands the values and culture of the company. However, sometimes you simply don’t have the right person on your team. If that’s the case, it’s better to look at the recruitment market now. Identify the gaps in your succession pipeline and recruit to fill those gaps.

Everyone moves on eventually, but that’s no reason for a successful business to falter. A great succession plan makes the company or organization even better.

Succession planning means a secure business future — even after you and all of the other senior leaders have walked off into the sunset. 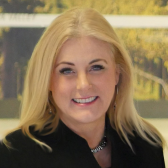 Mary Kelly, PhD, is the CEO of Productive Leaders, a company dedicated to improving profit growth through better leadership. A former Naval intelligence officer, HR director, and chief of police, Mary spent 25 years on active duty and retired as a commander. Her latest book is Why Leaders Fail and the 7 Prescriptions for Success