Home
Lifestyle
A Boomer’s Guide for Millennials. The ABC’s of Leadership: “Y” is for Youthful 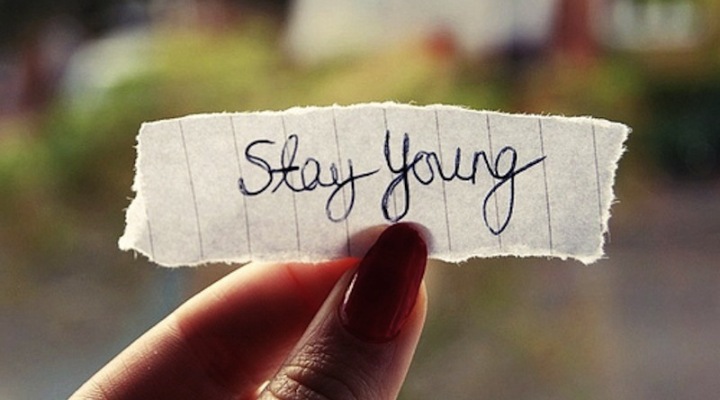 “A youth is susceptible to the influence of idealist notions. As a person ages, they notice a gap between their expectations and reality, and they grow more pessimistic about the world and their ability to live up to the lofty notions that inspired a younger self.” – Kilroy J. Oldster, Dead Toad Scrolls

Over my career, I have coached, mentored, advised, counselled, and corrected literally hundreds of people as they progressed in their careers. In almost every case, I have had to challenge them to stay or become younger than their biological age to avoid, as Oldster observed, growing “more pessimistic about the world and their ability to live up to the lofty notions that inspired a younger self.” Other reasons to stay young in mind and body are pragmatic ones – your chances of a longer, better, more productive lives are higher, and your ability to protect your livelihood increases.

Even in an age where we hear slogans like ‘50 is the new 30’, ‘ 60 is the new 40’ and so on, ageism has become one of the biggest issues facing workers today. A Forum survey found 61 percent of older workers between 55 and 64 reported being impacted by bullying. Over the last couple of decades organizations have targeted older long-term employees when they restructure, using the restructuring as a rationale for culling what leadership deems as “dead wood”. While much of this is pure discrimination and stereotyping, some of the decisions to replace older workers with younger ones or have younger ones leap frog an older one on the progression ladder is warranted. This is in large part because some people allow themselves to become redundant as they grow old attitudinally, in many cases before their time.

Scientists are finding that subjective age, which is based on the way you feel inside, may be essential to understand why some people flourish as they age while others fade.

U.S. Supreme Court Justice Ruth Bader Ginsberg, who turned 85 this year and is now the oldest justice on the court, is a wonderful example of someone who has and continues to flourish. I had the pleasure of meeting her four years ago. We got into a discussion on ageism and subjective age, and when I asked her how old she felt she was inside, immediately she responded, “Oh, I still feel like I was when I was in my first year of law school”. Ginsberg went on to state, “never have a defeatist attitude’ and “I’m going to surmount this”, which she feels are the reasons that she feels her subjective age remains young.

Ginsberg’s attitude, reinforced by a healthy lifestyle including a legionary workout routine, a rigorous work ethic, the same ideals that she was influenced by in her youth, high emotional intelligence, her insatiable curiosity and the relationships she has developed with others is captured in ‘RBG’ and ‘On the Basis of Sex’, the two movies that have justifiably turned her into a pop icon.

So, how can you feel younger than your biological age, and why does it matter? This year I turned 70 years young, and I peg my subjective age at 40. I can attribute this to four tips I was given early in my career.

1. A Positive Attitude – both on life and on growing older. Accentuate the positives and avoid belaboring the negatives. Maintain the idealistic notions of your youth and don’t fall into the trap of growing pessimistic because of those gaps between your expectations and realities. Science is showing a positive attitude about aging leads to better health. Deirdre Robertson, a lead researcher at Trinity College Dublin, reports, “The way we think about and write about ageing may have direct effects on health. Everyone will grow older and if negative attitudes are carried throughout life, they can have a determined, measurable negative impact on physical, mental and cognitive health.”

2. A Healthy Lifestyle – eating well, moderate drinking and maintaining an exercise routine. We are seeing more and more scientific evidence that people are able to stay physically, mentally and attitudinally younger than their biological age. For example, a study called ‘Cardiovascular and Skeletal Muscle Health with Lifelong Exercise’ posted in the Journal of Applied Psychology found that the muscles of older men and women who have exercised for decades are undistinguishable in many ways from those of healthy a 25-year old. Further they found that “the aged active group had the cardiovascular health of people 30 years younger than themselves. Other studies have found that older athletes have healthier muscles, brains, immune systems and hearts than people in the same age who are sedentary.

3. Stay Current and Relevant – many people as they progress in an organization reach a point where they think they know all that they need to know and become rigid in the positions they take. When people get to this point, they become isolated from others. This is one of the reasons for the loneliness epidemic that exists today. You are never too old to learn, and there is evidence that when you are mentally stimulated, your brain stays young. Augment the crossword puzzles with developing your critical thinking skills. One method I use for this is mastering the art of writing. Writing forces one to think through, research and better articulate your verbal communications. Seek input from others rather than pontificate or dictate.  In making decisions consider all of the implications. Stay curious. Develop your emotional intelligence.  Develop a sense of humor.

4. Stay Connected – build strong personal relationships with people of all ages. So often I hear from my contemporaries that they don’t understand millennials. I usually find this is because they don’t engage with them in a meaningful way. As you develop your emotional intelligence skills by asking how people feel and why they feel the way they do, the commonalities you have are revealed. Staying connected is becoming part of a non-technological social network. Joining associations and community organizations will broaden your horizons. Stay connected and close to your family, friends and associates.

5. Adopt a Puppy – by nature puppies are high energy and high need. They force you to focus on their needs, not yours – feeding, walking and attention. The benefits for you are enormous and relate to the other four tips by shifting from a negative to a positive attitude, walking (which is one of the best exercises), current and relevant because in these walks you will meet others (particularly other dog people who from my perspective are also people people, which in turn helps you stay connected.
A key benefit for me in following these few tips is my ability to deal with stress. Stress is a major reason why people regress mentally and physically.

Andrew Faas is an expert in organizational dynamics, bullying, and performance optimization. He is a leader in creating strategies to develop psychologically healthy, safe, and fair workplaces.His hands-on, dedicated approach has earned Andrew a strong reputation for fostering successful organizational transformations and shifting toxic corporate cultures.Andrew is a Co-CEO of Accordant Advisors, helping organizations identify and tackle cultural gaps through evidence-based, practical solutions, which create and nurture diverse, inclusive, and emotionally-intelligent workspaces that mitigate the risk of misconduct and accelerate performance.Andrew’s book, From Bully to Bull’s-Eye: Move Your Organization Out of the Line of Fire, details his personal and administrative experiences battling against bullying and the corporate cultures that embolden it.As the founder of The Faas Foundation, he focuses on supporting not-for-profit organizations concerned with workplace wellbeing, including: The Yale Center for Emotional Intelligence, Mental Health America, The Israel Cancer Research Fund, Wellspring, Casey House, St. Clair College, and the Chatham-Kent Health Alliance.Andrew is also a Public Voices Fellow at Yale University and a contributing writer for The Hill and Money Inc.When he’s not at his desk, Andrew enjoys spending quality time with his partner, Lee, and their two Weimaraners, Junior and Alfreda.