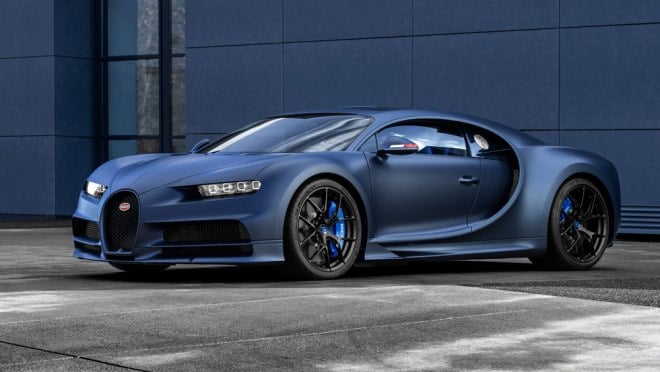 Bugatti is about to turn 110, and the special edition coming out is rather spectacular. It pays homage to both its home country of France and the sports car that it has become. You will find that it just one more indicator of how proud the nation is of its iconic car line, complete with a French flag that forms the underneath of the rear spoiler. Let us now take a close look at Bugatti’s Birthday Edition Chiron Sport.

As we have already briefly touched on, one of the first things that will stand out at your when you see this care is the fusion of color. The blue, white, and red of the French flag adorn both the interior and exterior of this sports car in places. Just to remind you that blue represents liberty, white quality, and red fraternity. The manufacturers obviously wanted these all to be on full display with the anniversary edition of this car.

On the right side of the car, the colors from the French flag are seen reflected as a type of mirror image. The area behind the alloy wheels is painted in a Matt black color, designed to coordinate well with the brake calipers that are painted in a French racing blue color. It really gives the car a unique look that you will not find anywhere else. You will also find that great attention was paid to the overall finish of the car as well. Even the aluminum filler cap has been sandblasted before it is then polished by hand. That leaves the final artistic element to be the 110th anniversary Bugatti emblem, complete with the French flag, that runs vertically throughout the vehicle. 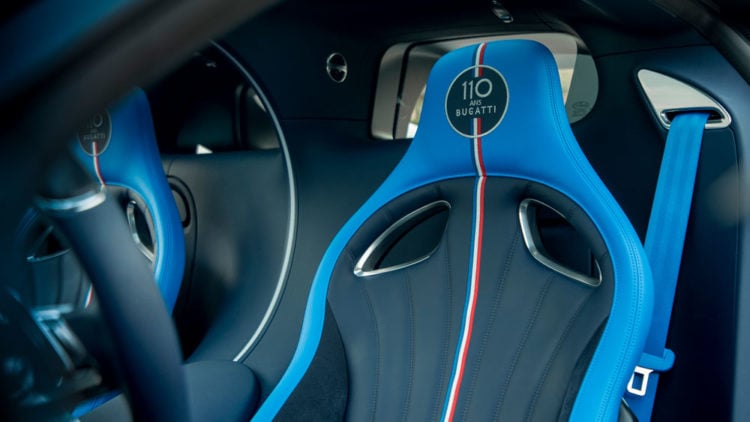 There is a rear spoiler on the Birthday Edition Chiron Sport that really sets this car apart from others in its class. As mentioned before, the spoiler itself is adorned in the colors of the French flag on the bottom. These colors take up the entire width of the spoiler itself. The modern design features continue on the interior with both headrests and the backrests of each of the sports seats being decorated in embroidery of the highest quality. There, you will find the French flag displayed in a vertical position. Even the leather steering wheel gets in on the action. The 12 o’clock location is marked with the same colors as well.

The interior of the car is completely upholstered in a soft deep blue leather. Continuing from there will bring in the door trims, along with the sides and seat cushions of the sports seats being covered in an Alcantara color that accents the bright French racing elements that are noticeably blue along the contours of both of the seats. You will see the same feature along the stowage compartments and the belt trims. Rounding out the interior is the leather material that houses the power window buttons. In itself, this gives off a sporty look that really sets the Birthday Edition by Bugatti apart from previous models.

A Look at the Body

The name alone says it all. This is a car that is meant to be different, with it being the 110th anniversary edition of Bugatti. As such, the body and the entire front end of the car have been constructed of carbon fiber. In line with other Bugatti models, the radiator is made from aluminum. You will also find carbon fiber to be the material of choice in several other areas as well. Namely, the nacelle, steering column, seat trims, and steering wheel are all constructed out of the futuristic looking material. The paintwork throughout the rear of the vehicle is a matt steel blue, which gives off a certain sheen that is likened to a hot roll of steel. 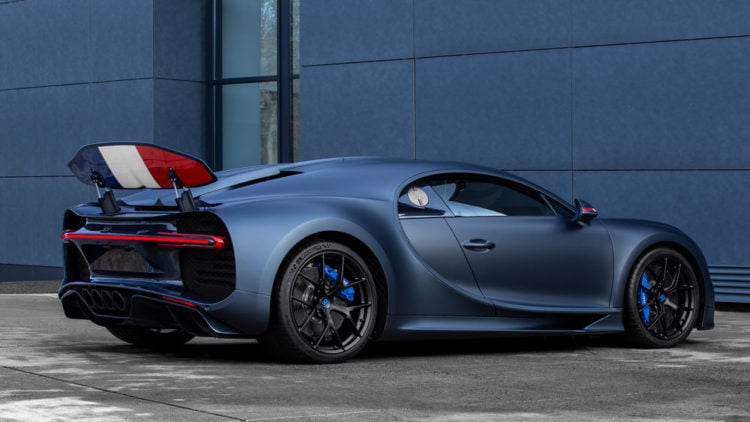 The front end of the car has some exposed carbon fiber that is a blue steel color. There is a two-tone color scheme used with this model that gives it the look of some of the cars made by Bugatti in the 1920s. The paintwork itself gives off an air of luxury and exclusivity. Beyond this, a great deal of technology has been incorporated into this car that makes it a sporty model that will be highly sought after.

In short, this is a 110th anniversary edition of the Chiron Sport that is worthy of the Bugatti name. You will find that nothing has been forgotten with this one, and every effort has been made to accentuate even the smallest of details. Nothing has been left out, and the car will be a worthy addition to the roadways.