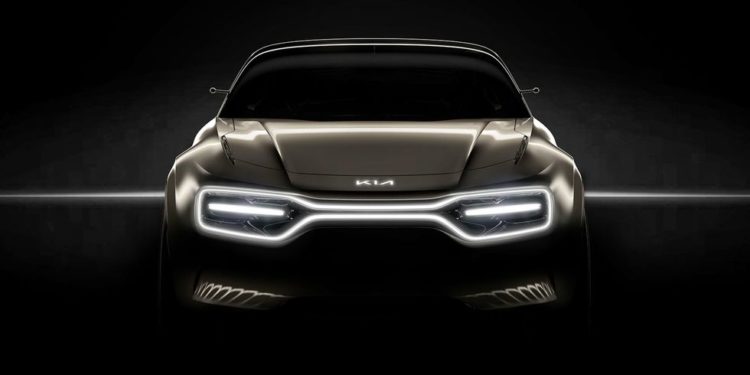 Kia has come a long way since its inception. Its vehicles are increasingly taking on a sleek and modern look that is appealing to a whole new generation of car buyers. The new Geneva that is coming out is a perfect example of this. It has a sporty new concept. The objective here is to prove that the EV concept can appeal to race fans and casual car buyers alike. It looks like it might just succeed. Here is a closer look at Kia’s EV Concept that they have developed for the Geneva Car Show.

More Than Just a New Logo and Lights

The first thing that people will notice when looking at Geneva is the new logo that has been designed. It is ultra modern and is obviously aimed at appealing to a broader consumer base. You will also notice that the entire grille lights up, giving the front of the vehicle an entirely new look. The logo even lights up, and the new font face offsets the look nicely.

The car itself is going to be all electric. The details have been slow in coming from Kia, illustrating the manufacturer’s desire to make a splash upon entering the EV into the market. That being said, the pictures that have emerged tell much of the story. The concept of the EV is centered around an extremely low slung vehicle. The stance is noticeably wide, which is a switch from many of the vehicles in this class. We also noticed the bulging fenders that really stand out. Beyond that, a new design is visible on the front fenders. You will notice a crease on the front of those fenders that is located right up along the edges of each wheel arch. This gives off a unique vibe that gives the arches an even bigger and sportier look than that which is already present.

The first look at the EV concept that is going to be unveiled in Geneva also illustrates a number of thin black elements. These are located around the edges of the hood. We are going to assume that these are air vents. There are also some tiny cameras that have been placed where the side mirror would usually be, which is another stylish feature that will set this vehicle apart from others on the market. The lower air intakes are also defined by a ribbed surface that looks a bit strange but is a feature that keeps with the unique look that Kia is trying to project. The design of the grille is also noticeable because there really isn’t one. The lights wrap around the area where one should be.

The Evolution of the Grille

The EV appears poised to redefine the function of the grille. Remember that is was Kia who first introduced the now infamous Tiger Nose grille more than ten years ago. This is a grille that takes on a rather lengthy rectangular shape and contains two separate notches around the center of the grille itself. These are located at the top and on the bottom. Some models will reflect this style of the grille and the corresponding notches more than others, but they are not always there.

The EV deviates from this concept just a bit. The tiger nose itself is now a lighting feature. There is one single LED strip that goes around the front, in the same lengthy form of a tiger nose. It is by far the most noticeable feature contained on the front end of this new sporty vehicle. It covers almost the entire width going along the front end of the vehicle. The inside of that strip appears to be surrounded by chrome. As if that were not enough, there are also two more thin LED strips that are located along the sides of the grille’s interior. It appears that these are designed to function as the headlights from the EV.

Geneva is going to be a great show if this EV unveiling is any indication. With such a new design and complete logo overhaul, it appears that Kia is trying to reinvent itself. With surging sales around the world in recent years, this could be the vehicle that continues that upward swing. It is certainly a uniquely designed vehicle that should appeal to many different types of car buyers.