Home
Cars
A Closer Look at Renault’s Alpine A110 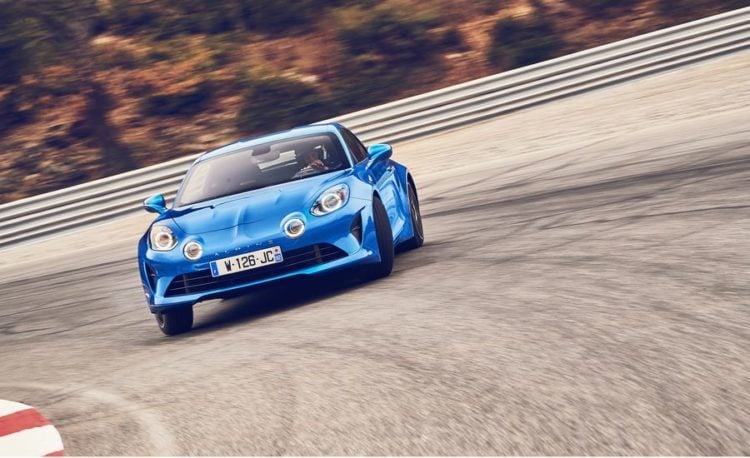 True sports cars are a rare breed. Most of the vehicles that are touted as such have no edge. True sports cars are about speed and handling. No frills needed. This is why we’re ecstatic about the revival of the remarkable Alpine brand. To make this happen, an agreement was brokered between British minnow Caterham and Renault’s Carlos Ghosn. This partnership was forged 7 years ago in 2012, but things turned sour soon after. Once this occurred, Renault was given total control. Caterham washed their hands of the affair and went back to making what they’re known for – building skeletal two-seaters. As a result of the French’s dedication to the project, the new A110 was released in Europe just a couple of months ago. Unfortunately, sports car enthusiasts in the United States won’t have the pleasure of experiencing this vehicle – not unless they take a trip to Europe. Currently, there are no plans to release it in the US.

The new A110 was inspired by its namesake, which was originally released in 1963. The company was created by Jean Redele, a garage proprietor that hailed from Dieppe. His previous experience in the industry (he raced and tuned Renaults) came in handy when he began building his sports cars. The competitive versions of the A110 remained at top of their game until the company became defunct in 1995 because of slow sales. In the meantime, they dominated a high percentage of the mountainous rally races that they entered. One such notable win occurred in 1973 when the Alpine won the inaugural World Rally Championship. It also took the first 3 sports at the infamous Rallye Monte-Carlo in the same year. 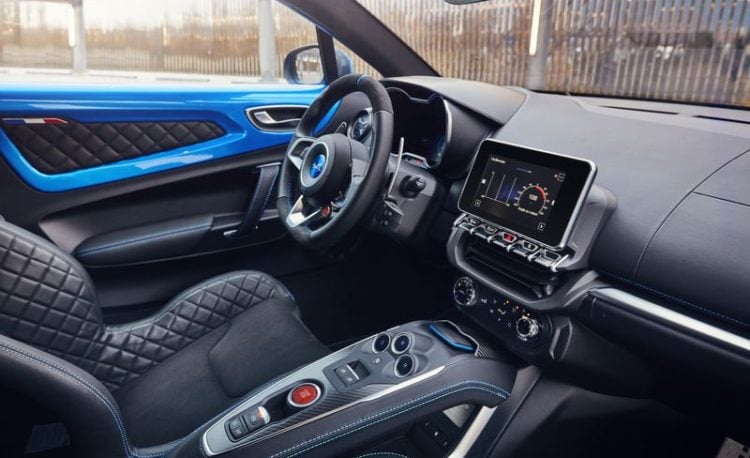 The new Alpine A110 has quite a legacy to live up to, but it does a great job at doing so. It kept many of its ancestors’ proportions and favorite details, like quad-highlights. The biggest difference is hardly noticeable. Instead of its four-cylinder engine behind its rear axle, it is mostly ahead of it. This powerful aluminum-framed coupe comes with a seven-speed dual clutch automatic transmission that makes driving fast that much more pleasurable. In fact, the manufacturer claims that it can go from 0 to 62 miler er hours in less than 5 seconds. Its thick-rimmed steering wheel ensures that ergonomics are good and its touchscreen infotainment system is a work of art. It’s configurable and comes with a performance logging system to help feed your need for speed.

Many of the Alpine’s features are impressive. But, it’s important to note that this sports car is short on frills. While the Premier Editions feature leather bucket seats, their backs are fixed. Don’t get us wrong, this feature is aesthetically appealing and it has a practical purpose – keeps in your place when cornering. But, it cannot recline. So, after a couple of hours of joyriding, things might get a little uncomfortable. Also, the cabin is noisier than most, especially when you’ve reached cruising speed.

There are also no audio system controls (except for the ones on the steering column) and the sun visor mirrors don’t have covers. These sacrifices were made to improve handling and reduce the Alpine’s weight. And the way it handles, these measures were very effective. 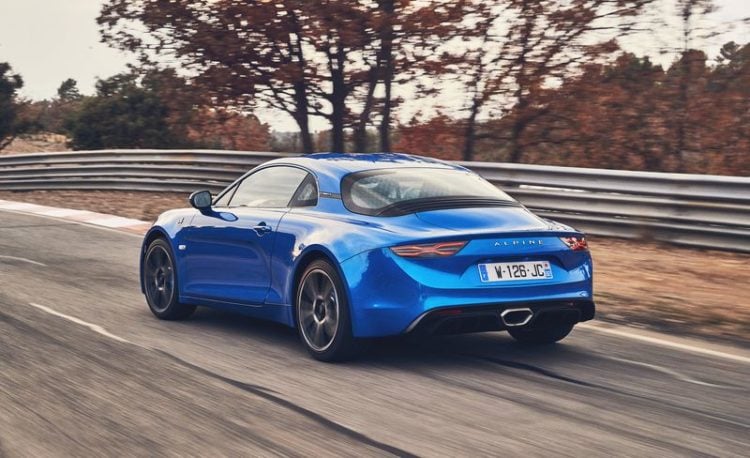 The A110’s turbocharged engine has 249 horsepower and delivers a whopping 236-pound-foot of torque. This makes it slightly less powerful than the Porsche Cayman. But, and this is important to know, it’s power to weight ratio is better. Renault’s Alpine A110 is smaller in size when compared to its aforementioned rival as well. In fact, it’s less than 2,500 pounds. In addition, it’s wheelbase is little over 2 inches longer. It’s roofline sit closer to the ground too. Still, when you step into the Alpine, you’ll notice that it has more headroom. This may be a moot point for some, but a boon for others. It’s entirely up to your individual preference. But still, it’s a worthy notation.

There’s no way around it – this is not a vehicle that you should use when going to work or running errands. It’s for pure pleasure. The way it handles, even on twisty roads, is orgasmic. The ride is smooth as well. Although its seats are close to the ground, the dampers do a great job at ensuring secondary motions are virtually nonexistent. Bumps are no problem for the Alpine.

If you’re looking for a powerful, no-frills sports car with impressive handling, look no further than the revamped A110. There’s no car, with similar power, that feels faster. In fact, we recommend our readers outside of Europe take a trip to experience the ride of a lifetime. It’s definitely one for the bucket list.