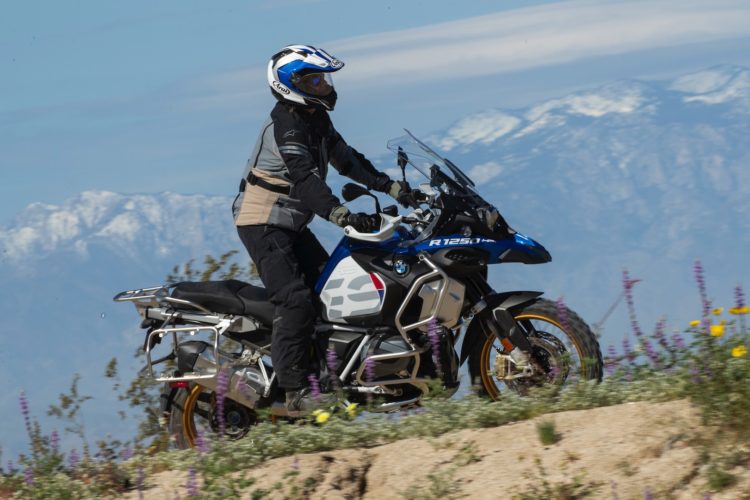 Since 2004, the GS has been the most popular bike in the UK and Europe if sales are anything to go by when determining popularity. The bike’s last revamp was in 2013, but four years later in 2017 it still was accounting for 6% of all bikes sold in Europe which goes to show BMW does not have to be releasing new models now and then to remain at the top. So, if the previous model was making such great revenues, why introduce the 2019 BMW R 1250 GS? Well, no one ever said no to improvement, and this new model has been designed to make the R1200 GS model much better. So let’s take a closer look at this new entry.

The R1250 GS has made a 4% improvement in fuel efficiency compared to the R1200 GS. Depending on your riding style, the R1200 GS has 40 mpg to 55 mpg therefore if you are riding with a 20-liter tank and you want it to be empty by the end of your journey, you will have covered 175 to 240 miles. However, if you’re going to retain a four-liter reserve, then the distance covered ranges between 140 to 190 miles. Therefore, with the fuel economy guaranteed by the R 1250 GS, even when you retain the reserve, you will still cover 146-200 miles.

It claims to have an increase of 9% in power to land at 136 horsepower up from 125 horsepower. Still, this much horsepower is not as impressive as other bikes in the market. For instance, although the R1250GS has managed to beat the Yamaha Ténéré 1200 parallel twin which has 110 horsepower, the Ducati Multistrada 1260’s 158 horsepower, and KTM 1290 Super Adventure’s 160 horsepower are both above what this BMW is offering. 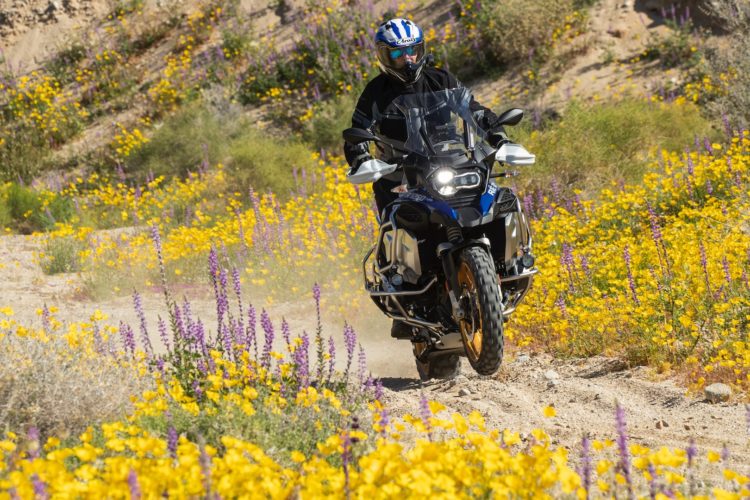 While the horsepower does not increase much at the same rpm, the torque difference is 14%, which is quite impressive. The 14% increase enables hitting 250 rpm although the new engine claims 105 lb-ft of torque at 6,250 rpm, up from 92 lb-ft.

This entry has come with what BMW likes to refer as “Shiftcam Technology” which is a dual timing setup of the inlet cam. The inlet cam has two lobe sets; the first one has a slight lift and modest duration to facilitate reduced emissions, high torque, and improved economy while the other set has a wilder duration and lift which kicks in at the onset of hard throttle twisting. Shifting between the two cam profiles is virtually seamless, and unless you are looking to feel for something in slow riding, during aggressive and regular riding, you will barely feel a thing.

The TFT display is now standard in both the GS and GSA models, and it is the primary control hub of everything in your bike. It is easy to read and clear, but programming some basic functions can give you quite a headache. The TFT also has a smartphone app which is not required for connectivity. The TFT permits integration with your smartphone such that you can receive calls from the dash, as well as control music and navigation. The bike does not have speakers, but you can use the features on the TFT to control a phone paired to a Bluetooth communication system.

Among the safety features is the Dynamic Braking Control which rolls off the throttle automatically if you need to stop suddenly. The computer can sense when you are holding the throttle and will automatically roll off the throttle. This feature was for safety purposes for new riders according to BMW though it is highly unlikely that beginners will go for the R 1250 GS. It also has a standard Hill Start Control feature which you activate by tapping the front brake twice when you stop on a hill. Such an action automatically employs the rear brake which stays engaged until you begin applying the throttle.

An optional feature is the Hill Start Control Pro which does the same thing as the standard one; the only difference is that it automatically detects when the rider is on the hill, so there is no need to tap the front brake twice.

Most of the features of the R1250 GS have remained the same as those of the R1200 GS with the main improvements being the fuel economy, torque and lower emissions in line with the upcoming Euro5 requirements. So, for only $18,645, you can now own a bike with the Select Package with the Premium Package and HP Style Package going for a little more over $21,000.