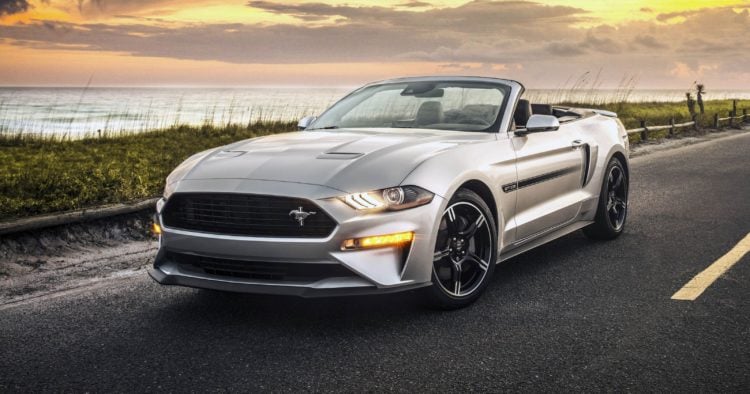 Everyone’s got that special car that they could only dream about. When we were all little, we were all asked questions of what our favorite colors were, favorite subjects, even what our favorite cars were—regardless of whether we knew anything about cars then or not. But everyone knows, there are just cars out there that represent what dreams are made of. They may not be the most expensive cars, but there is just something special about them that makes us all gush like little kids again.

That is what the Ford Mustang is. It is a dream car for many of us, who like the idea of the classics. The Ford Mustang is probably one of the most iconic American cars in the industry’s history, and this summer, the company is bringing back a consumer favorite: the Ford Mustang GT California Special. The car has changed visibly since it first came out in 1968, and when it’s released again this summer, we are sure that the new addition to the collection will be just as good as the cars that came before it.

The original 1968 Ford Mustang GT/CS was inspired by the ’67 Shelby GT. It was a classic among classics back then, with a blacked-out grille in the front and a racing stripe on the sides to feed our nostalgia. Since then, the California Special has been resurrected a few times. The first time it came back in the showrooms was in 2007, a 39-year gap. That car featured a 4.6-liter V-8 with only 300 hp. When the Mustang GT was re-released in 2011, Ford upped the engine to a 5.0-liter V-8 with up to 420 hp and 390 lb.-ft. of torque. Finally in 2016, the Mustang GT got 435 hp and 400 lb.-ft of torque. The increasing trend may be slight, but it’s increasing nonetheless. 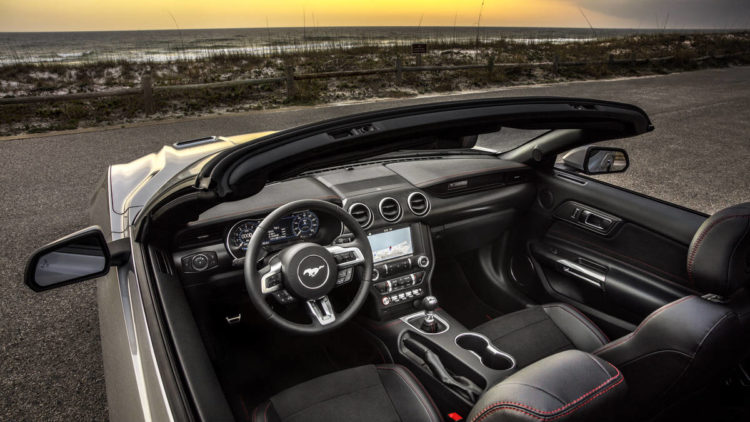 People will have a lot to be excited about with the next 2019 release coming to showrooms this summer. It might not be a huge difference in engine compared to the last 2016 release, but it’s definitely worth a look. According to sources, the 2019 Ford Mustang GT will feature a similar side stripe to the original as well as the usual nod to the blacked-out grille. It’ll have black five-spoke wheels that will be unique to this make and model, as well as a new aggressive front splitter. The interior will be black suede with red stitching and a GT/CS insignias on the headrests. It’ll even have custom embroidered mats. There will be a few California Special script badges throughout the car: one in the trunk and one on the passenger side of the dash panel. Again, it may not seem like much, but we are quite sure that once we’re sitting on the driver seat, we’ll have a completely different take.

The 2019 Ford Mustang GT California Special will be a 5.0 liter V-8 powered engine running with the stock 460 hp and 420 lb.-ft. of torque. It’ll have the capability of topping at 155 mph, something that’s fast enough for most of us.The new Mustang is expected to have a 6-speed manual transmission with a rev-matching function to smooth gear changes. It will also have the Mustang EcoBoost, an active exhaust system. Ford also announced additional features that many will appreciate including the 1,000 watt 12-speaker Bang & Olufsen audio system and a choice of three vintage-inspired color options: the iconic Dark Highland Green, Need for Green, and Velocity Blue.

There’s no pricing available as of yet for the 2019 Mustang GT, but the base price for the 2016 model was at $39,195. The California Special package will be available exclusively for the GT Coupe and convertible models. There are a few other cars to look out for from Ford in the next couple of years. Alongside the Mustang GT, Ford is also releasing the Mustang Bullitt to celebrate its 50th anniversary. Besides exterior and interior details, the Bullitt engine will not have much of a difference from the Mustang GT, apart from the additional 15 hp to bring the Bullitt’s total hp capability to 475. Early next year, Ford is also set to release a new Shelby GT500. Rumors are that the new Shelby will deliver up 700 hp. If that’s not something to get Ford fans excited about, nothing will.