Home
Cars
A Closer Look at the 2020 Ford Explorer 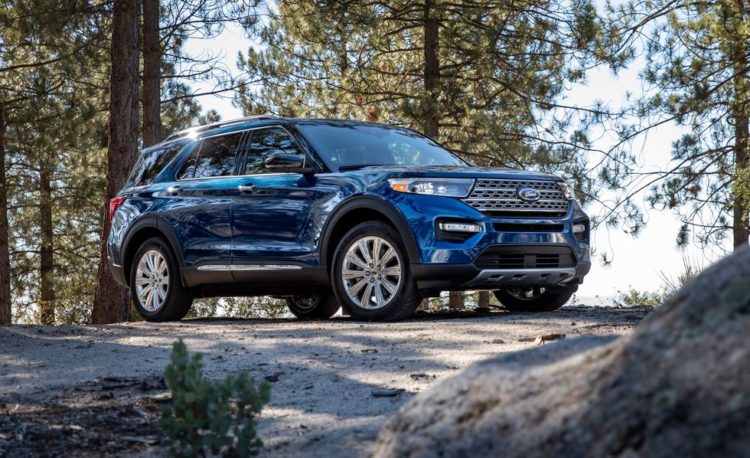 Great news for Ford-lovers everywhere! Their 2020 Explorer has undergone some of the model’s biggest changes in ten years! Yes, their triple-row family SUV has gone back to its rear-wheel-drive design and they’ve even added a new hybrid model. So, who can compete with that? Well, the Chevy Traverse, Toyota Highlander, Honda Pilot, Subaru Ascent, and the Mazda CX-9 will certainly try since they’re the Ford Explorer’s main competition. So, just what does the new 2020 Ford Explorer have that makes it so competitive? Let’s take a closer look.

Back in the early 90s when the Ford Explorer replaced the Bronco II in the area of midsize four-door SUVs, it was actually a derivation of the Ford Ranger pickup. Just like it has now in the 2020 model, the Explorer sported rear-wheel-drive but most of them actually had four-wheel drive. And, the 2020 Ford Explorer has been completely redesigned to switch it back to a the rear-drive/longitudinal-engine configuration of days gone by.

Sharing with the Aviator

The Explorer’s new design is actually being shared with another popular SUV, the luxurious 2020 Lincoln Aviator. And, in spite of the fact that the Explorer is only slightly longer overall, its wheelbase is growing by a full six-inches. In addition, Ford says that their new Explorer offers more passenger space in every one of its standard three rows of seats. Ford is also boasting that, when all of the seats are folded down, the Explorer is capable of fitting in building materials that are four-feet-wide lying flat on the floor. This capability is available for the very first time ever but only pertain to the second-row-bench-seat model. There’s also a second-row captain’s chair model being offered. The load-floor surface is reversible with vinyl on one side and carpet on the other. One other available feature that’s very popular is a power liftgate and third-row seats that are power-folding are also available. A few of the available tech features include: The 2020 Ford Explorer will be available with a choice of five trim levels:

(Other trim level prices not yet released).

Standard features will include:

On January 4, 2019, Ford released info and official photos for their new Explorer-based Police Interceptor Utility. It’s reported to be the fastest police vehicle available for 2019. That analysis is according to the annual in-depth testing by the Michigan State Police of all of the police vehicles currently available. So, with all of those 2020 Ford Explorer police cars out there, we’ll all surely be seeing a lot of these interesting new SUVs on the road but hopefully not in our rear view mirrors.