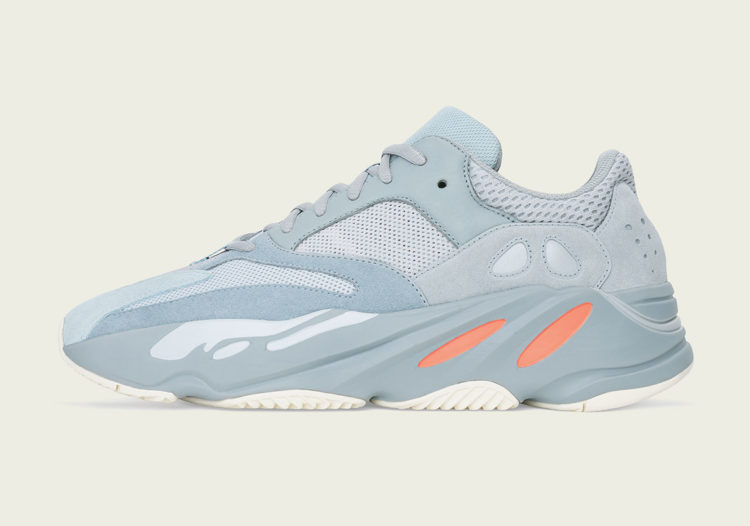 Adidas has done it again with another season of exciting new sneaker releases. 2019 is already shaping up to be an exceptional year for the brand as well as for fans of the Yeezy line that is churning out more and updated version of the highly anticipated sneakers. Their collaboration with Kanye West has been a smashing success and now the brand and the super star celebrity have once again teamed up to produce a new sneaker in the line that has stirred up some major hype in the community of fans who had been anxiously awaiting the announcement of the new shoe.

Kanye understands the necessity for the name of any new sneaker to give fans an idea of what they can expect in terms of aesthetic and performance. This is the reason why the name Inertia was chosen. It describes being forward moving and on an established trajectory. The new shoe hit the ground running so to speak, and it will maintain that same inertia we just described as they fly off the shelves as soon as they are stocked.

What makes the Yeezy Boost 700 Inertia so timely?

Kanye West has worked with Adidas to time the release of the new Inertia sneaker with the release of his new Yandhi album. It’s set to drop soon and “Inertia” is the follow up to the more recently released “Salt.” He’s making headlines in the news in the music industry but he’s not neglecting his positioning in the footwear industry either. We have a lot to thank Kanye for because he’s been hard at work to keep his fans in both industries happy. The Yeezy Boost 700 “Salt” kicked off the start of the line for the 2019 season and fans were in a hyper vigilance to be among the first to get in line for the new colorway to avoid aftermarket pricing from certain online vendors.

A close inspection of the Yeezy Boost 700 Inertia

This new colorway uses shades of grey to express its subtle power. Flashes on a bright orange in a neon hue are artistically positioned at the mid sole giving it a bright and effective contrast when compared with the neutral shades of grey that are used on the upper. It’s an aesthetic that works as it features a cool and airy upper portion that almost has an air of sophistication. We can visualize the performance as it it characterized by the vibrant orange at the mid sole, indicating what the design will do for you in terms of flexibility and a return on energy to put a definite spring into each step. The off-white colored outer sole brings the model back down to earth so it maintains its integrity. This gives us a visual cue that the outside takes care of the need for brilliant eye appeal while the inside of the shoe, or its design and construction attend to the performance values.

This is one comfortable shoe. The engineers designed it to include a full length of Boost cushion material from one end of the sneaker to the other. This innovative materials serves two purposes. It truly delivers the hallmark boost of the line in terms of a springy step, and it also protects the foot with cushiony and soft comfort in a perfect and balanced blending of the two.

The new Adidas Yeezy Boost 700 in the “Inertia” colorway was set for its initial release for retail sales and kicked off on March 9, 2019. So far, we’ve learned that they are slated for delivery to a variety of online and brick and mortar retailers. While this is not scheduled to be a limited edition, it’s among the Adidas brand’s hot sellers for the season. The suggested manufactures retail price for the new Inertia will be $300 per pair. We highly recommend getting yours while they’re on the shelves to avoid the inflated prices charged when supplies begin to dwindle.