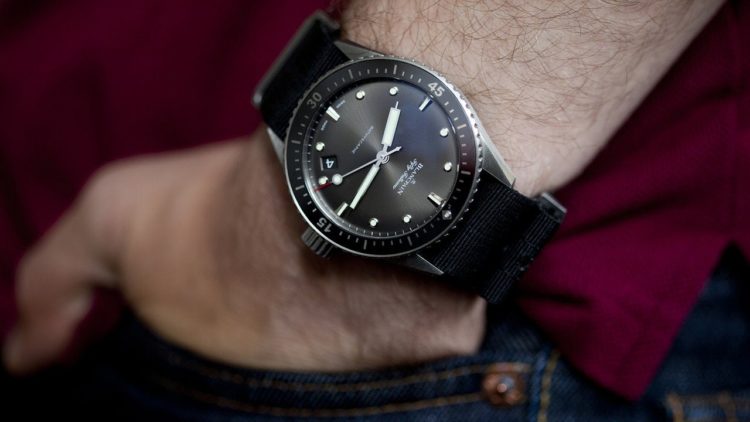 The minute you lay eyes on the Blancpain Fifty Fathoms Bathyscaphe, you know that you’re looking at something that is truly special. What you might not know at first is that this is the modern day reinvention of something that is considered by many to be a true classic. The original version of this watch was produced back in the 1950s and at the time, it was definitely designed for serious watch lovers that needed a high-performance timepiece on their wrist. As is the case with many watches of this type, it’s a dive watch, but more will be discussed about that later on. For now, the thing you need to know is that this is a watch that will get everybody’s attention if you’re wearing it but there are so many more reasons that you might want to own one for yourself. 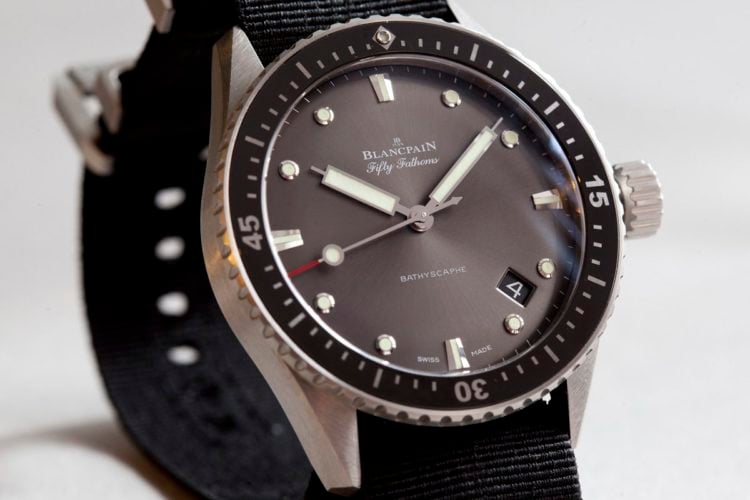 The original watch debuted back in 1953 and it was the premiere dive watch of its time. It was frequently seen on the wrists of military individuals who spent half of their time underwater, not to mention anyone else who spent time diving for a living. The modern-day version of the watch brings all of that history to light, wrapped up in a package that is very much capable of competing with any other modern-day watch out there. It is the perfect mix of nostalgia and technology. As soon as you look at it, you know that you’re looking at something special. This watch has a certain weight about it, and that statement is not supposed to pertain to its actual physical weight. It’s more like having a very presence of its own. It’s a good size watch to be sure but it’s not so big that it completely dominates everything. It has a black wristband that almost exactly matches the black face, as well as the same dark color that circles the outside of the bezel. In contrast, the case is stainless steel, as is the clasp. The watch features luminescent tick marks to denote the time, and the hands of the watch are made out of the same material. It has three hands so you can count the seconds easily. The wash even has additional tick marks on the outer bezel that keep you aware of time in seconds so you can track it using the second hand and the smaller tick marks on the face or you can use the larger set of numbers on the bezel, whichever you prefer. 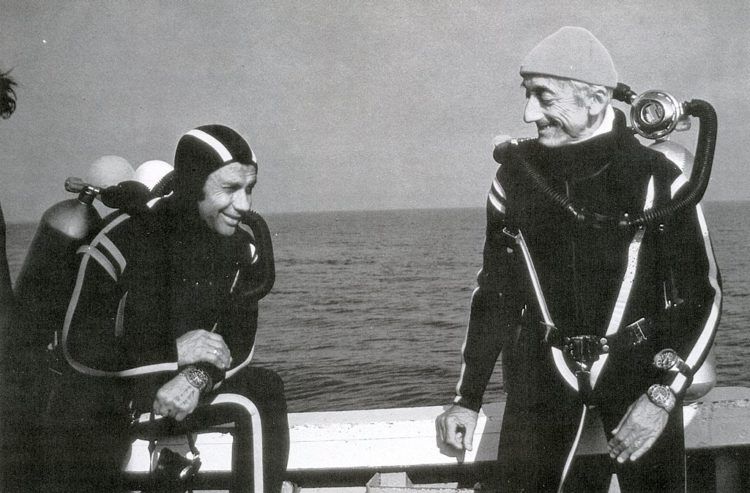 As you probably have come to expect with a watch like this, its performance is almost flawless. As a matter of fact, the watch was designed with precision movement and it’s capable of keeping the correct time for what seems like forever, even when the watch is performing at the very edges of its operational capability. It’s also certified be safe to wear all the way down to 300 feet, which is precisely how it got its name. There aren’t that many watches on the market that can handle going so far underwater. Most of them will start to leak or give into the pressure long before this one will. That’s why so many people that dive on a routine basis wear it. They know they’re not going to have to worry about remembering to take it off every time as opposed to having a watch with them while they are driving, which is one of the times that they could potentially need it the most.

This watch looks like a classic but it doesn’t look like it’s become outdated over the years. It’s a great looking watch that you could be comfortable wearing to a business meeting but it’s equally as effective when you decide to wear it on an adventure. By the same token, watches like this are frequently worn by First Responders and other people that can sometimes put their timepieces through a bit more punishment than most, largely by the very nature of their jobs. After all, if the watch is capable of standing up to being subjected to waters of 300 feet in depth, it can stand up to anything without being phased. As a result, it’s quickly becoming one of the most popular watches on the market, just as its namesake was more than a half century ago.

How Chris Cuomo Achieved A Net Worth Of $12 Million