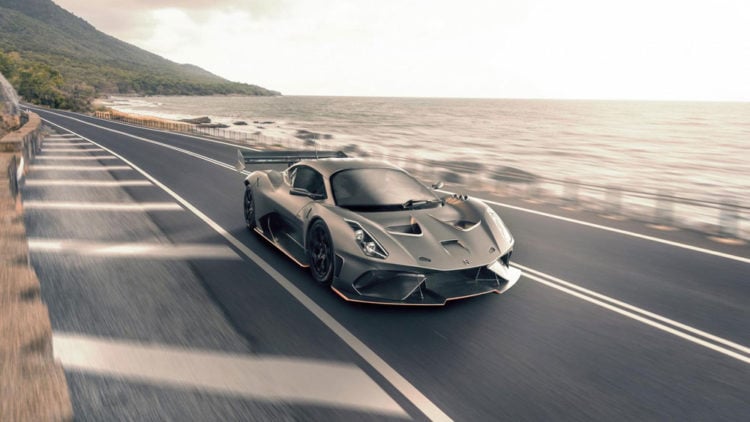 A race car is made for the tracks and who better to make one than a person who has the racing experience, David Brabham. David comes from a family of racers with his late father and brothers all having won in different competitions. David’s father, Jack Brabham was among the most accomplished team owners and drivers in the history of Formula 1, having owned a driver’s title in 1966 while driving a car he had built himself. This feat might also go down in history as the only time a Formula1 driver won behind the wheels of a vehicle he constructed.

Although Jack Brabham died in 2014, David decided to keep the motorsport legacy his father left behind going by establishing Brabham Automotive. By early 2018, speculations into Brabham Automotive were that it would be focusing on the production of road-going track cars. Finally, the rumors have come true through the Brabham BT62 track monster. Let’s get into the details of this machine.

The BT62 has body panels, made from carbon fiber, that wrap the lightweight superframe chassis. A race car has to be light, and Brabham adds to this feature by using carbon kevlar for the wells of the wheels. The track monster has a double-wishbone suspension on the front and rear, and as for the car’s damping, the car has a set of Ohlins.

This BT62 has a naturally aspirated mid-mounted 5.8 liter V8 that enables it to reach a 700 horsepower output at the crank and a torque of 492 pound-feet. The engine was designed by Brabham in-house which is a good guarantee for speed. The rear wheels get power through the six-speed sequential gearbox. During uplifts, the driver does not have to lift while its transmission will rev match during downshifts. You want to be careful while racing but BT62 still aids in the stopping power through the Brembo brakes that come with six-piston calipers, at the front and rear. The brakes are similar to the F1 designs of carbon-on-carbon, and they are hidden from plain sight by the 18-inch center lock set of wheels whose tires are produced by Michelin specifically for this vehicle. 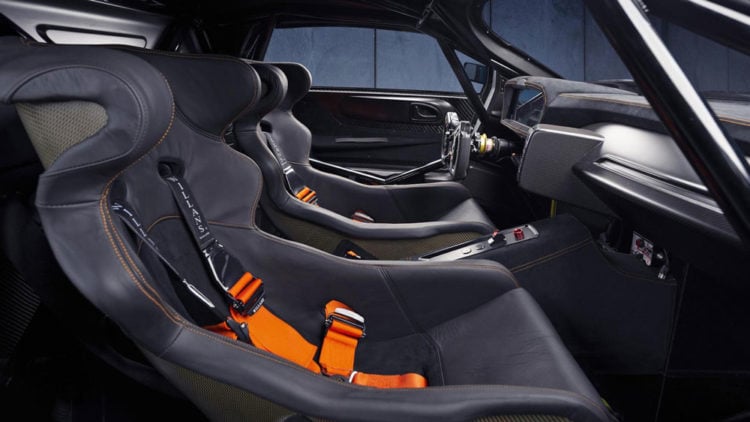 In keeping up with the car being lightweight, the BT62 only weighs 2142 pounds and the downforce, Brabham reveals, will be 2,645 pounds; 1,000 pounds more than its direct rival, the McLaren Senna and the same as what Apollo Intensa Emozione promises.

BT62 has doors made from leather, also to ensure that the weight is kept as low as possible. It has an adjustable pedal while the steering has multiple buttons. A six-point harness holds the driver securely in place in the suede-wrapped carbon buckets that act as the car’s seats.

For you to drive this newly-built machine, you will have to part with more than a million dollars, $1.3 million to be precise. That is a figure that truly separates the ordinary citizen from the rest, and helps us know our lanes. Still, who wants to spend such an amount of money if they cannot drive the car wherever they please? Brabham realized this fundamental fact and wants you to brag to your friend’s with your new set of wheels. Of course, that is only possible if you can dig deeper into your pockets and fork out an extra $200,000, in addition to the $1.3 million

Nothing is for free, and since customers requested that the BT62 be made road-legal to enable them to drive to and from the race tracks in the car, Brabham made a few adjustments to the car. However, he was quick to add that the tweaks were only for road legality and practicality, not to compromise the car’s “race-bred circuit dynamics.” Among the slight changes are that the road-legal BT62 will weigh a little more. It will have air conditioning, door locks and immobilizers, increased steering lock range and high-quality interior upholstery. Further, the lift kit on the front and rear axle will raise the track monster slightly higher off the ground. 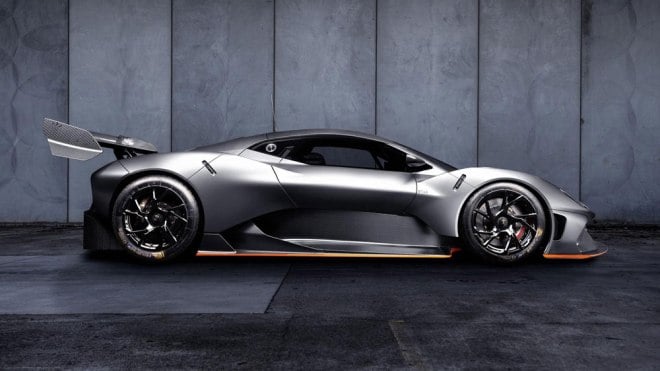 Safety of the street-legal version

Brabham assured its customers that each track monster that will be made road-legal is to go through the Driver and Vehicle Standards Agency (DVSA) Individual Vehicle Approval (IVA) test. The test makes sure that the car’s design and construction meet all legal and regulatory standards for it to be on the open road.

Unfortunately, Brabham will stop production of BT62 track monster at 70 models. 47 of these are earmarked for the Australian and European buyers while the remaining 23 are for other markets, the U.S .included. He will consult with the buyers on road legality so that the conversion on 23 models applies even to the customers outside of Australia and Europe.