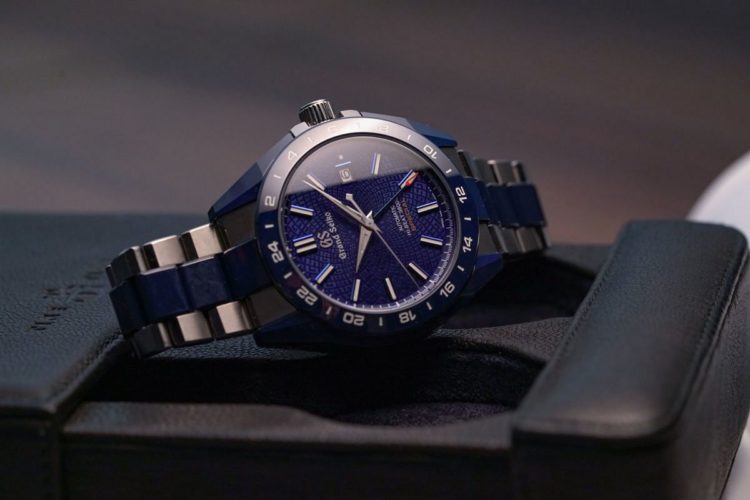 Watches have long been one of those things that people have a lot of very different opinions about. There are people that simply refuse to wear anything that isn’t a high quality timepiece, usually complete with a high price to go with it. Other people wouldn’t know the difference between one of these more exclusive watches and one that was purchased from the local department store unless someone left the price tag on both of them. It’s like any other type of jewelry. There are real diamonds and stones that are only made to look like diamonds, and the same can be said with all other precious stones. By the same token, jewelry is often made to look like precious metal as opposed to being made from the actual metal itself. Many of the watches that appear to have leather straps aren’t really made from leather at all. It all comes down to a matter of preference for the individual that’s choosing to wear that particular product. In this case, it’s all about the Grand Seiko Blue Ceramic Hi-Beat GMT Special Limited Edition.

The first thing that you’re probably thinking as you read that last sentence is that the name of the watch is a real mouthful. This is true, but it’s really the only way to describe such a magnificent piece. The name gives rise to the overall quality of the product, as anything that comes from Grand Seiko is going to be one of the best products of that particular type that you could ever hope to get your hands on. The “blue ceramic” part of the title gives you an idea of one of the materials the watch is made from. This is intriguing, because you really don’t see very many watches that are made from ceramic in any capacity, much less having that as one of the main materials used in the manufacturing process. The “special limited edition” part of the title sounds a little redundant at first, but it’s important to realize that there is nothing about this watch that isn’t special. As is the case with a lot of high quality watches these days, it’s being made in relatively short supply, so it really is a limited edition. 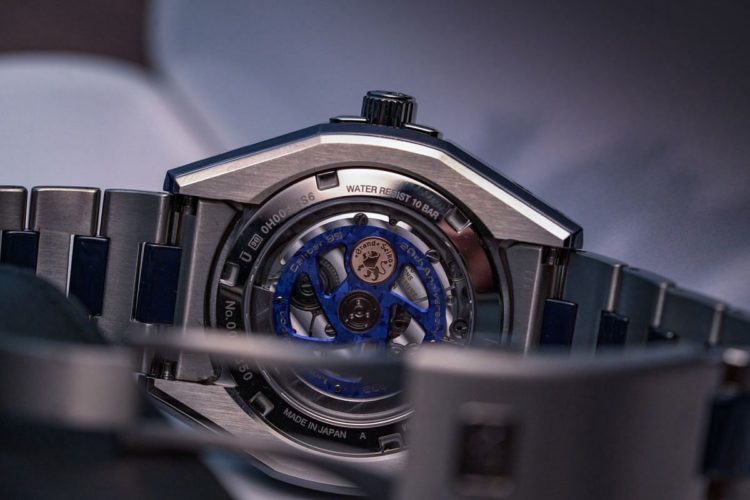 Tradition and quality are two things that have already been touched on slightly in the paragraph above. Suffice it to say that when it comes to Grand Seiko, you don’t have to worry about either one. You know that this is a company that has a tremendous amount of tradition behind it and every product that it turns out is one of quality. It’s just not ever a question, so there’s no need to even concern yourself with that idea in the first place.

If you’re more interested in knowing about some of the finer details of the watch, it’s important to know that it operates based on the famous Caliber 9s movement. This is a platform that the company has been using for about 20 years now. In fact, the debut of this watch is actually designed to mark the 20th anniversary of its development. When coupled with the titanium and ceramic used in the manufacturing process of the watch, you know that you’re going to get something special before you ever actually lay eyes on the product itself. Some people have mildly criticized its rather large size, but the whole point is to show off a product that is the combination of two decades worth of work. This is a watch that accomplishes that very well, so its size really shouldn’t be a concern. It’s a watch that manages to look classy despite its size and making it any smaller would make it harder to see what a true work of art this watch really is.

The blue ceramic and titanium that combine to make up its appearance work together to create one of the most astounding looks ever made. This watch doesn’t look like most other watches. Sure, you might be able to go to the local department store and purchase one that is roughly the same color and it might even appear to have some similar characteristics, at least from afar. With that being said, even someone that doesn’t really know anything about watches is going to be able to tell the real thing from the imitation in this particular scenario. When you think about sophistication of the watch, along with the tremendous amount of workmanship that’s gone into it, there just isn’t anything else on the market that is on the same level. This one goes above and beyond. If you want one of your own, don’t hesitate to get one, because there are only going to be 350 made.