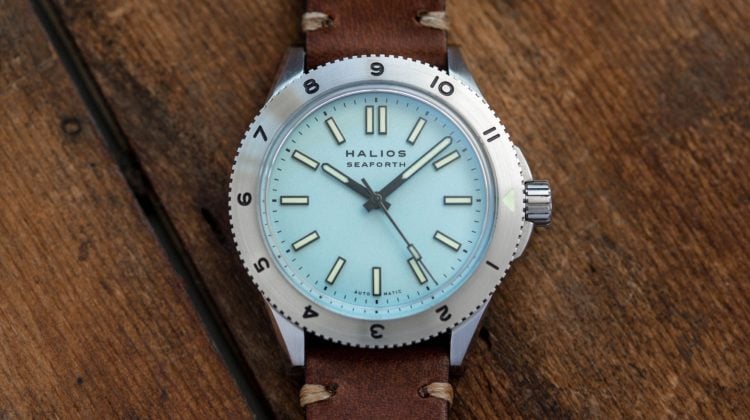 If you’re the type of person that appreciates fine watches, you might be interested in knowing more about the Halios Seaforth. If you know anything about the company that manufactures the watch, you already know that owning such a watch is something of a privilege. This is not just another timepiece and it certainly isn’t akin to the watches that you would go to your local store and purchase off the shelf. Everything about it is designed to give you the highest level of quality without sacrificing a single shred of class in the process. Many people that started out wearing a watch from the this corporation made the decision that they would never wear anything else. If you’re interested in knowing more about this particular watch, it might be time to take a closer look.

Obviously, the first thing you’re likely to notice is its appearance. Even at first glance, you know that you’re looking at something special. It has a way of standing out without being so large that it covers half of your forearm or utilizing some type of modern-day design scheme that makes people stare at it in order to try to figure out what it is. At its most basic core, it is just a watch. It’s not designed to look like a piece of art, yet it still manages to catch the eye and get your attention almost immediately. This is accomplished through classic design and a lot of hard work. 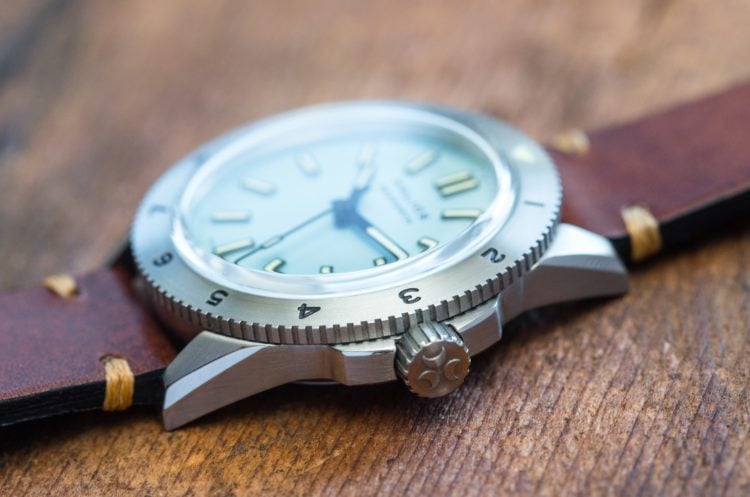 When you see it, you know that you’re looking at something that has been well made. Attention to detail has been paid in every respect and nothing has been overlooked. This is a sturdy looking watch that has a handsome brushed stainless steel case that marries perfectly to a leather wristband. The face of the watch itself has a dial that’s slightly blue in color, yet under the right lighting conditions it almost looks more like a blue gray. It has three hands and all of the tick marks, as well as the hands for the hours and minutes, are finished in a luminescent white that allows you to see the time easily, even when there’s virtually no light available. 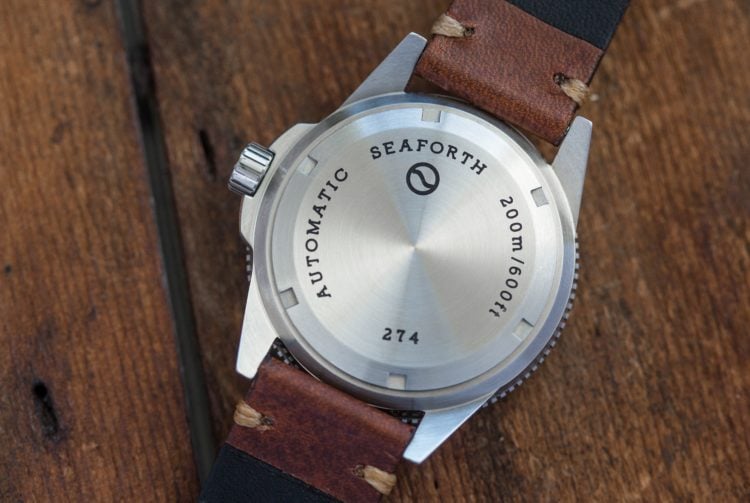 There are a few other things about this watch that are interesting, as well. For starters, it has a second time zone feature, which allows you to rotate the outer portion of the case in order to see what time it would be in another time zone whenever you look at your watch. If you do a lot of traveling to a specific area for business or you have loved ones that are living in another country, this is an especially valuable feature. That means that you no longer have to worry about calling someone and waking them up at three in the morning because you forgot how many hours ahead or behind they are of your current time zone. In addition, this watch features a crystal on the bezel that’s exposed on the edges, something that hasn’t been done in a very long time. It really does make the watch feel almost as if it’s from another era, yet you don’t feel like you’re being cheated. It feels classic in all the best possible ways but it never feels like it’s become outdated.

If you’re thinking about performance, you don’t have anything to worry about there, either. This is a watch that was painstakingly designed to operate smoothly and consistently for years or even decades. Everything about it has been designed in such a way that it is capable of performing at its best, even when it’s treated rather rough and exposed to less than ideal conditions. In fact, this watch was designed by a diving expert and as such, it’s perfectly safe to wear the watch all the way down to 200 meters without worrying about causing any damage. In case you’re wondering, that’s about 660 feet so the watch will stand up better to that pressure than your body will. 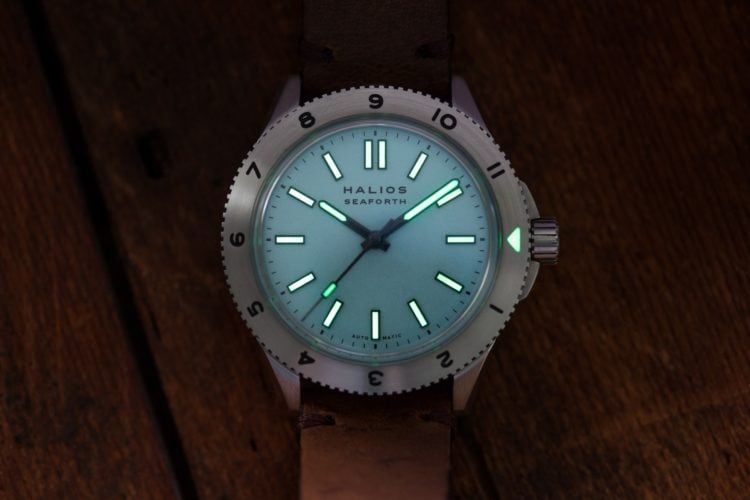 You might be thinking that a watch of this quality would be so expensive that would be almost impossible for people to buy it. It’s not cheap, that’s for sure, but it still comes in well under the price tag for a lot of high quality watches these days. The whole point of bringing this matter up is to help you understand that you’re getting a lot of value for the money you’re spending. If you’re looking for a watch that can give you a lot of bang for your buck, this one is definitely worth checking out. 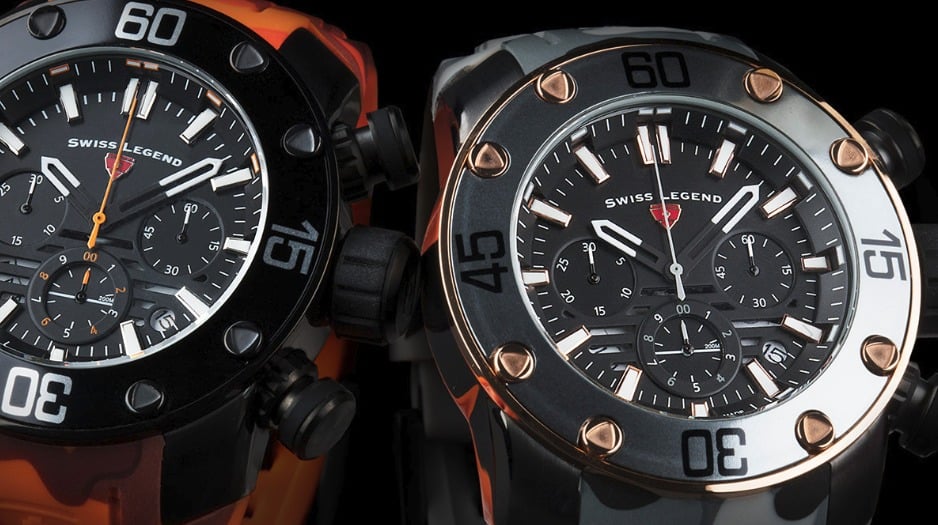 The Swiss Legend watchmaker is an independent company that has more… 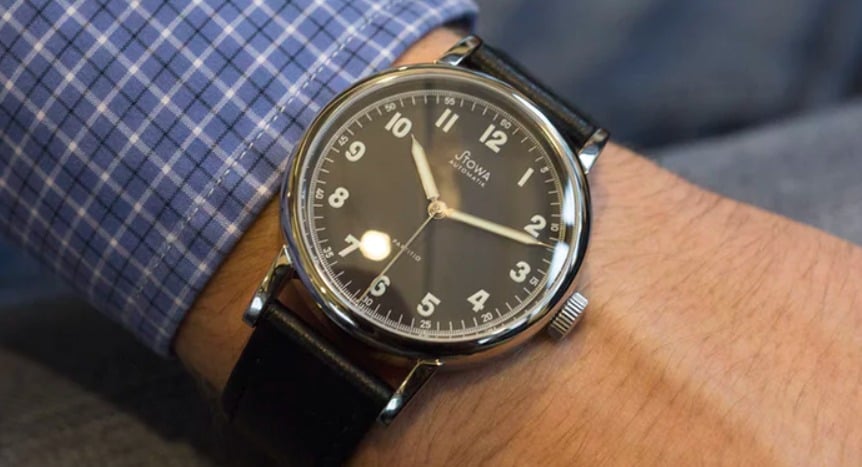 When German engineering is employed through the Stowa watchmaker, the aesthetic… 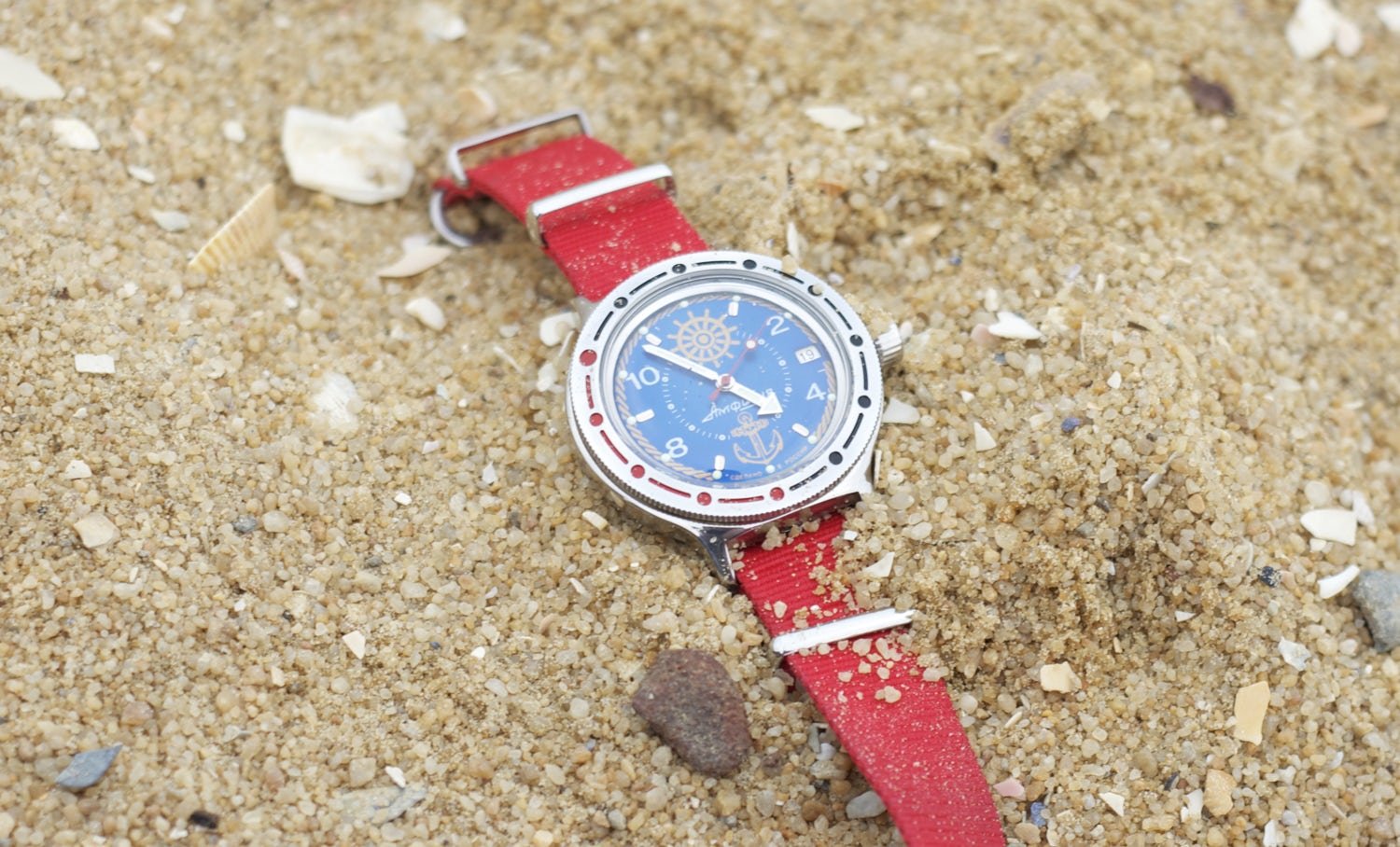 If you think the is just another watch, think again. It’s… 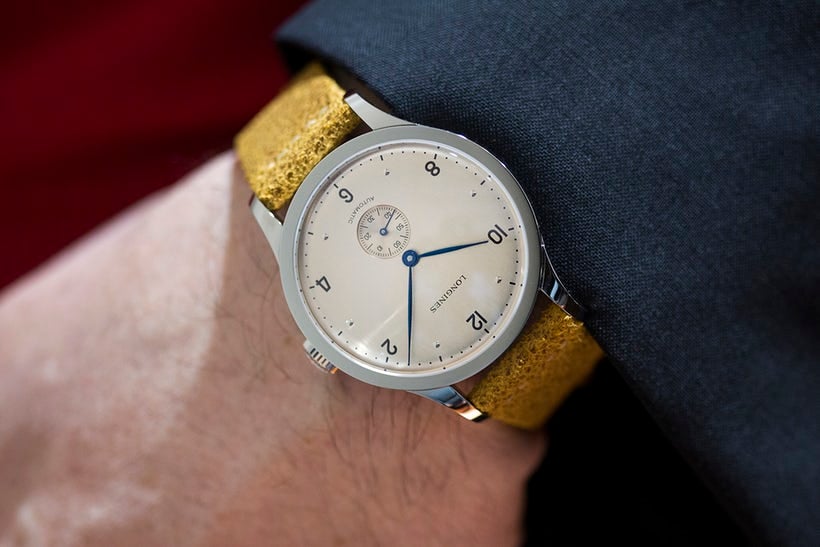 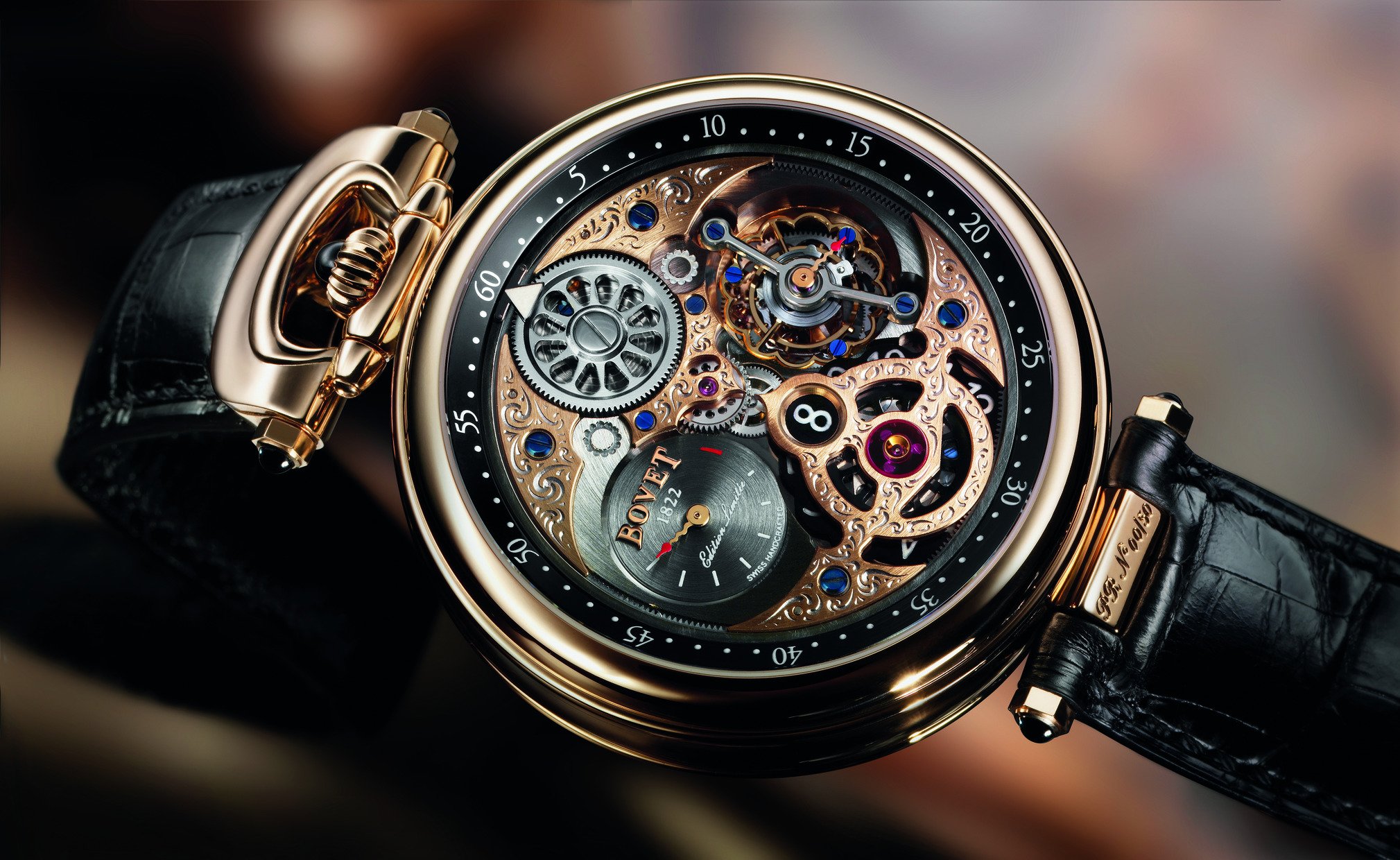 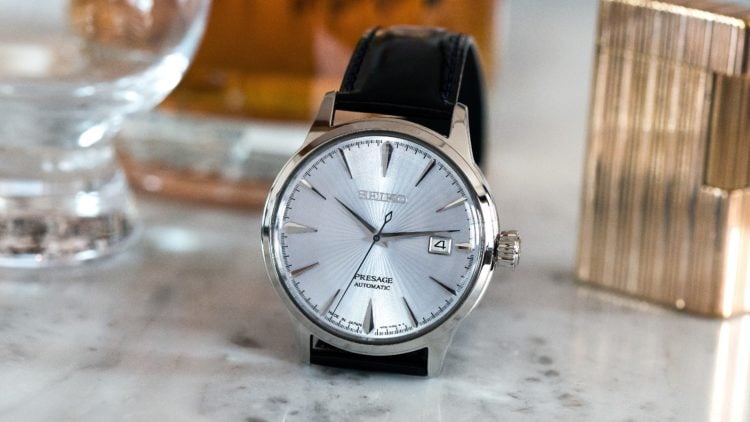 The Seiko Presage Cocktail time has been in circulation since its…