Home
Sneakers
A Closer Look at The Jordan Apex Utility 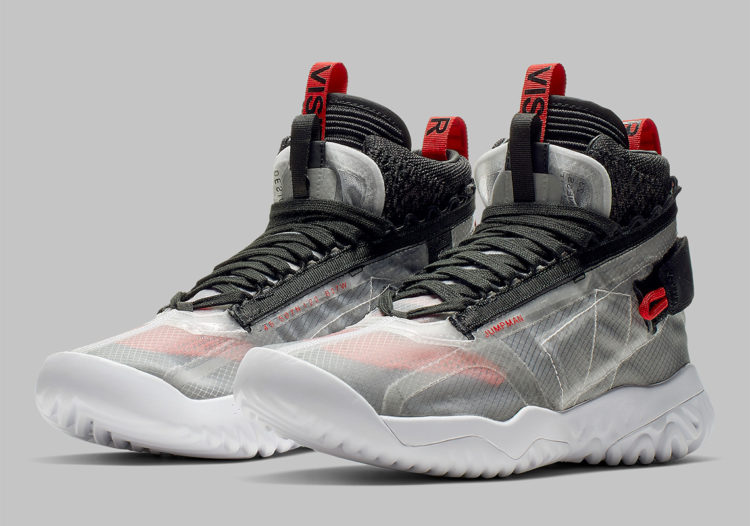 If you haven’t had a chance to see the Jordan Apex Utility sneakers for yourself yet, you really don’t know what you’re missing. You might be wondering how shoes can be so special. After all, shoes are shoes and for the most part, they’re all designed in much the same way because they have to accomplish a common goal. That being said, these really are a lot different than anything else that’s currently available on the market. They’re more like a work of art that you just happened to wear on your feet than they are some regular, run-of-the-mill pair of shoes. If you’re intrigued, you might want to keep reading because if you do, you’ll find out just how different these shoes really are.

For starters, you know that these are going to be high quality shoes that are well-made. That is a given. There’s no way that the Jordan name would be attached to anything that’s ready to fall apart after you wear it just a few times. Now that you know that the quality is there, you’re probably more concerned with the way they look because that is going to be the thing that everybody else sees. There’s no doubt that you’ll be pleasantly surprised.

When you first glance at the shoes, it’s hard to even wrap your brain around everything that’s going on at the same time. You know you’re looking at something that’s different from any type of shoe that you’ve ever seen before, but it actually takes a minute of just staring at the shoes in order to allow your brain to process it all. These are high tops and that should not really come as any surprise because that is routinely the type of shoe that is designed in these situations. When you first look at the top of shoe, you see the same type of black nylon shoe that you’re probably accustomed to seeing when it comes to any type of athletic footwear. However, it doesn’t take long for things to change and before you know it, you realize that you’re looking at something that really is revolutionary. 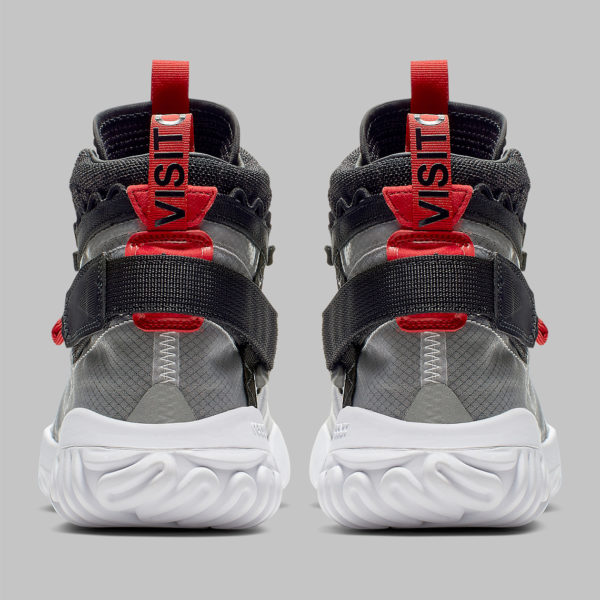 The thing about these shoes is that they look like any other sneaker right up until you get to the laces. Past that, everything changes. They have a look where they’re not devoid of color, yet they look almost ghost like in their appearance. This is thanks to a special technology that allows the shoe to have a frosted appearance without completely removing the color that’s underneath. As a result, you see some rich black colors and some brilliant reds, but it’s all underneath that frosted portion of the shoe. It really does contrast quite boldly with the dark black laces and the top of the shoe that is the same color. That’s part of what makes this one so unique. Just for a little extra kick, they made the tongue frosted as well so you have this alternating color scheme that goes throughout the entire sneaker. You start with something that’s extremely bold and then you end up with something that’s just as bold, only in a different way.

This is an extremely innovative design and the frosted look goes all the way down to the sides of the soles. It’s really not anything that’s ever been done before and it’s definitely an attention-getter. These days, people are learning to express themselves in different ways and one way that they do that is through footwear that’s a lot more exciting than anything that existed even a few years ago. This is an excellent way of allowing people to express themselves without giving up a single thing when it comes to the shoe’s performance. As is the case with every shoe in this particular line, they are more than capable of holding their own in virtually any type of athletic competition. Whether you’re playing basketball on the court or you’re running or doing something else physical, the shoes won’t have any trouble holding up, even under extreme abuse. The fact that they’re able to look good while doing it only makes them that much more special.

If you want to get your hands on a pair of these shoes, don’t wait too long. Like most sneakers of this caliber, it’s not likely that they’ll be offered forever. In fact, you can expect a limited release. That means that if you don’t get your hands on a pair of shortly after they’re released, you might be doing without while you watch someone else where the pair of shoes that you’ve been waiting years to get without even knowing it.