Home
Watches
A Closer Look at the Parmigiani Bugatti Type 390 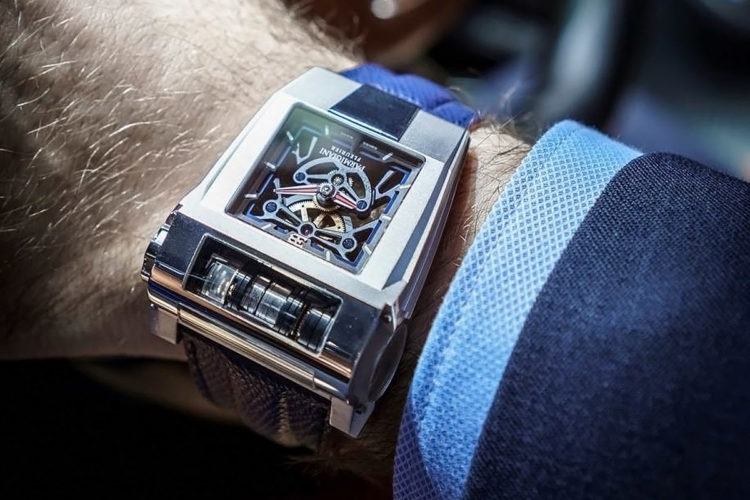 When two top brands work together, what you get is the very best. That is exactly what we are getting from the partnership between Parmigiani and Bugatti. The two brands, which we all know for their luxury products, have collaborated since 2004 to create high-end automobiles and high-end watches. Their most recent product is the Parmigiani Bugatti Type 390, which is truly impressive. Whether you are a novice or a watch enthusiast, its impressive design will definitely capture your attention.

The Parmigiani Bugatti Type 390 is a fusion of facets of the world’s fastest and powerful cars. Moreover, all the elements on the watch are not purely for decoration, but each one of them is performance-driven. The Parmigiani Bugatti Type 390 draws its inspiration from the Bugatti Chiron’s engine, exterior and interior body construction. Some of the watch’s facets such as cylindrical mechanical PF390 calibre with its flying tourbillon, as well as the patented 80-hour power reserve with a triangular barrel coupling system stand out in their exterior design that mimics the engine.

To be exact, the engine that it mimics is the Bugatti Chiron capable of supplying 1500-hp, from its combustion capacity of 8 liters, to drive the Buggati at a speed of 420 km/h or 260 mph, maximum. That is the not the only unique thing about this watch. You will also be surprised to know that its movement makes use of the world’s smallest ball bearing. The watches features three planetary gears, with each one equipped with three tiny bearings with a diameter of only 0.2 mm, and you do not need to lubricate them. In total, the watch has nine of those bearings.

The use of the ball bearings does not just make the watch unique, but it also makes it easy to maintain, and increases its reliability. Moreover, the watch’s designers replaced four parts that are found in regular watches with a rod clamp. The parts that they replaced are the yoke, setting lever, yoke spring, and lever jumper. The watch uses the rod clamp to set the time, and winds the series-mounted barrels in a coaxial manner.

To make its exterior as unique as its interior, the type 390 is housed in a titanium cage, while its two barrels are engraved with a Louis Chrion signature, while the other is engraved with the words, “le viex renard,” which is French for “the old fox.” The signature is Chiron’s, after whom they named watch, while the words on the second barrel are his nickname.

The other feature that stands out in this watch’s design is its black-colored dial that is openworked, a white gold or rose gold case, a sapphire crystal one the cylinder’s flat surface, as well as the words stating only 10 pieces were made, “edition limitee 10 pieces.” The case’s design is inspired by the Bugatti Chiron’s fluid curves that give the impression of a smooth motion when you look at it.

All the 10 pieces were preordered and custom made. Lastly, it has an alligator leather strap from Hames, which uses a gold-folding buckle to fasten the watch on a user’s wrist. The use of leather rather than a metal makes it comfortable to wear this watch all year round.

It quite appealing to look at the watch as it sits ergonomically on your wrist, thanks to its ability to pivot at 12 degrees around its drive shaft. Moreover, you can view most of the sophisticated mechanical design, which is the heart of this timepiece. The large openings that clearly visible through the sapphire crystals make it all possible.

Every part of this watch was manufactured by the Parmigiani Fleurier’s Watch making center, which explains why they were able to create a masterpiece that many critics and fans acclaim for its design uniqueness and originality. Just to bring into perspective what went into making this watch, it took them five years of research to develop it design into what was required to make it functional and reliable.

Looking at this watch it becomes clearly that the two brands did not just take a regular watch and slam it with a superior car’s name, and call it Parmigiani Bugatti Type 390. Instead, they made a miniaturized car form that you can wear on your wrist. We hope that if you are among those who ordered this watch, you will always enjoy looking at its revolutionary design.