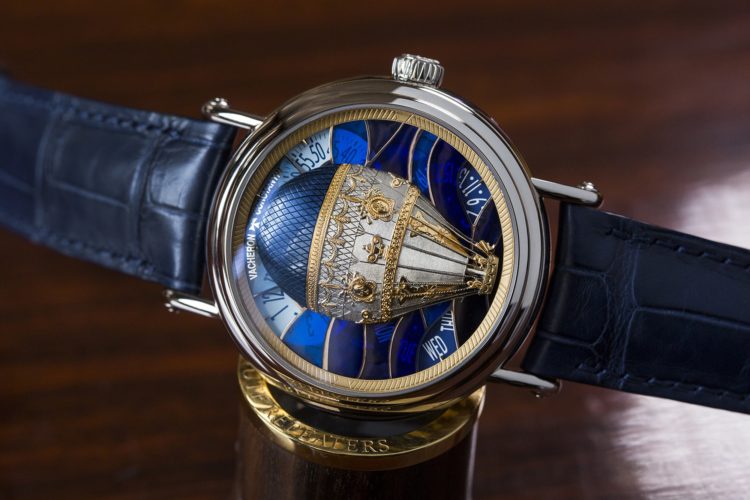 The Vacheron Constantin Metiers d’Art Les Aerostiers pays homage to the early aviators who braved the air, not in airplanes, but in baskets of wicker suspended below a large balloon filled with hot air. These early balloonists risked their lives in the perfection of a different type of aircraft which has led to the modern day hot air ballooning. A popular sport not for the faint of heart is now commemorated in the line of watches offered in five variants which each feature a famous balloon from the pages of history. Each aircraft took flight in France, late in the 18th century before the beginning of the French Revolution. The dials portray the images of the balloons respectively in their models titled Paris 1873, Paris 1784, Versailles 1783, Bordeaux 1784 and Bagnols 1785. Each is a distinctive piece that offers a little-known look at the history of French ballooning and the importance that the era played in the role of the now popular air sport. These amazing luxury watches deserve a much closer look and inspection.

An adventure in story-telling

Vacheron Constantin’s limited edition of the Metiers d’Art line of watches is crafted through the use of both Eastern and Western techniques. The European champleve enameling and the Japanese art of Maki-e lacquer using a sprinkling of gold dust adds an air of tradition and the embedding of luxury materials into each of Vacheron Constantine’s masterpieces, the five Metiers d’Art Les Aerostiers. Each exquisite material represents the true and lasting value of the historical feats performed and a reflection of this is mirrored in the unique specimens that pay homage in the depictions of actual historical events that took place in the history of France and of hot ballooning.

The case of each of the five watches is crafted of white gold material with a diameter of 40mm that gives them an oversized appearance. It is worth noting that the cases are sold gold in a round shape and a finish that is polished to a shiny mirror-like finish. The bezel is fixed and joins together as a part of the case with a brilliant recessed inset of yellow gold in a thin circle bearing a conservative pattern that adds the ambiance of stoic luxury. 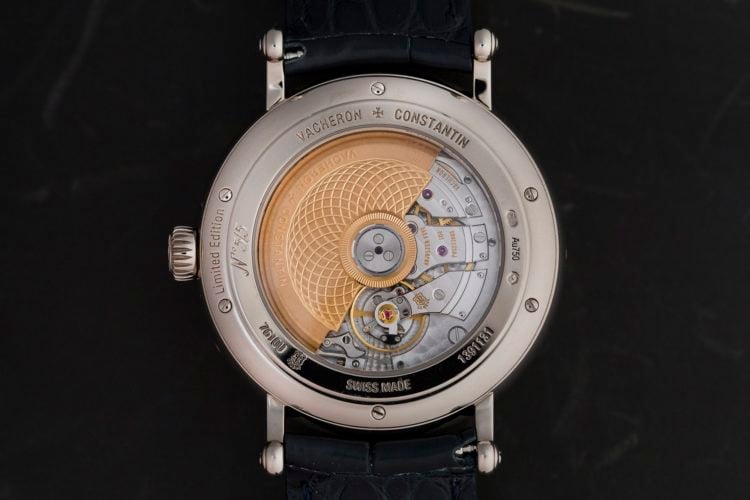 The dial is an elaborate rendering of a famous and historical balloon with large elements crafted in gold. A three-dimensional balloon is fastened at four points to the translucent dial beneath. The intricacy and beauty of the balloons are in the materials, the artistic design and the workmanship which infused a decor of plique-a-jour enamel which is only successfully applied by a master craftsman as the medium bears extreme difficulty to work with. The elaborate details resemble cloisonne enamel with a translucent and gauzy aesthetic resembling stained glass. Four empty frames are placed within the dial of each watch in the lower and upper portion offering windows which display the hours, minutes, day and date.

Each of the five watches in the Metiers d’Art Les Aerostiers line is powered with an exquisite movement featuring multiple displays and a gold rotor. To preserve the central portion of the dial for the embellishment of artwork that tells the important story, he tailor-made caliber 2460 G4/1 was the most suitable choice. The automatic winding movement beats at 28,800 vph at 4 Hz with a power reserve of 40 hours. The size of the caliber is 6mm in height the combined thickness brings the total thickness of the watch to a hair below 13mm. 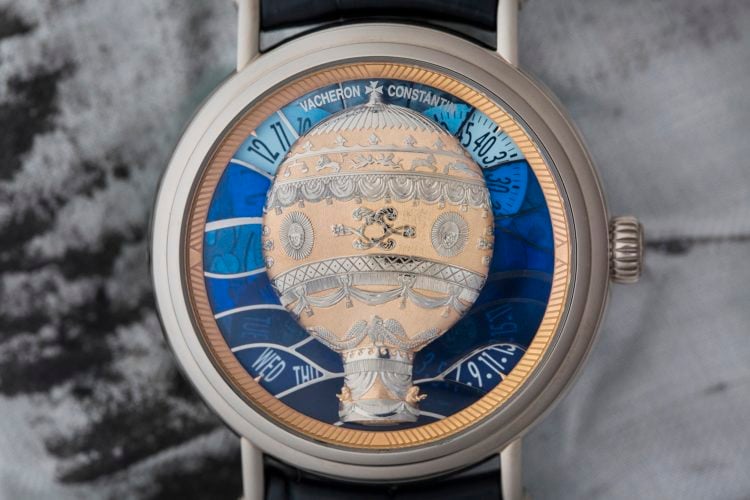 The balloons are the main focal point of each watch and each is made with three-dimensional effect with relief artistry that took the skilled craftsmen approximately three weeks for each watch, to complete. The handcrafted adornments pay homage to the Montgolfier brothers of France, paper manufacturers who were also pioneers in ballooning. We see them peering from the sides of the baskets in Paris. Pink and white gold was chosen as the medium for the balloons which demonstrate an amazing degree of detail applied by the engravers. The other watch is a depiction of the flight made in Bagnols which lies on the exterior of Lyon, which drew a massive crowd of 10,000 spectators. The balloon n this example features a white gold balloon with accents in yellow gold.

Each of the five examples of the Metiers d”Art Les Aerostiers limited collection is available for sale. The highest quality materials and the workmanship of each piece were painstakingly accomplished with the brand name that is a guarantee of high-end luxury and uniqueness. The price tag assigned to each of the watches in the group is set at $135,000. 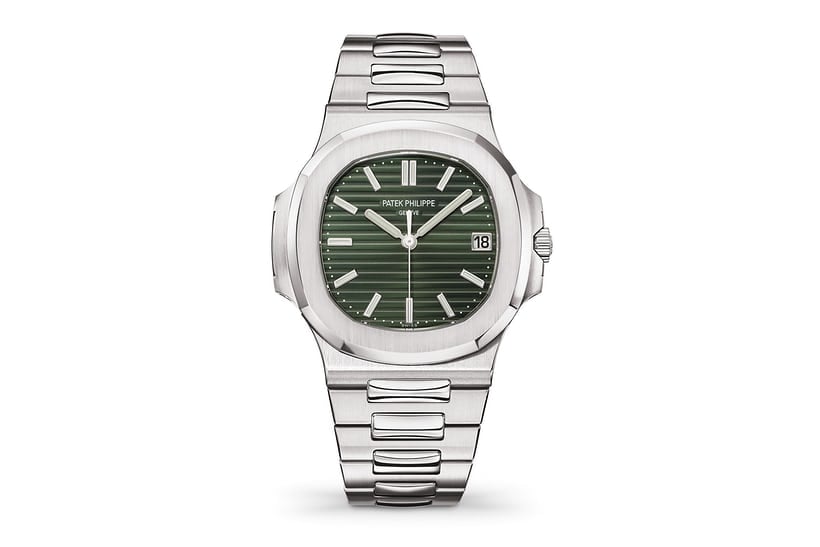 Patek Philippe’s Nautilus is among its most popular collections. It’s formed… 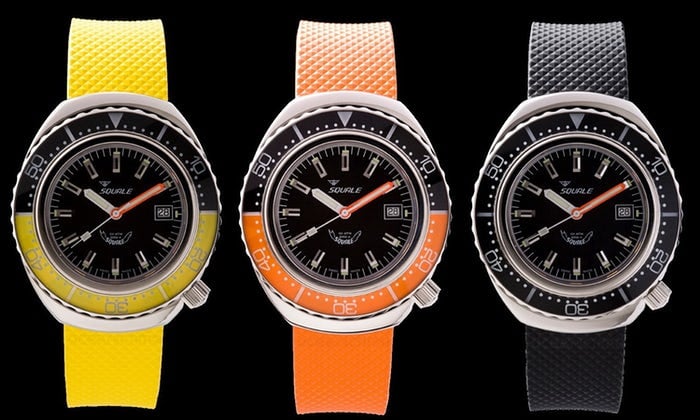 The Squale watchmakers are based out of Milan, Italy and the… 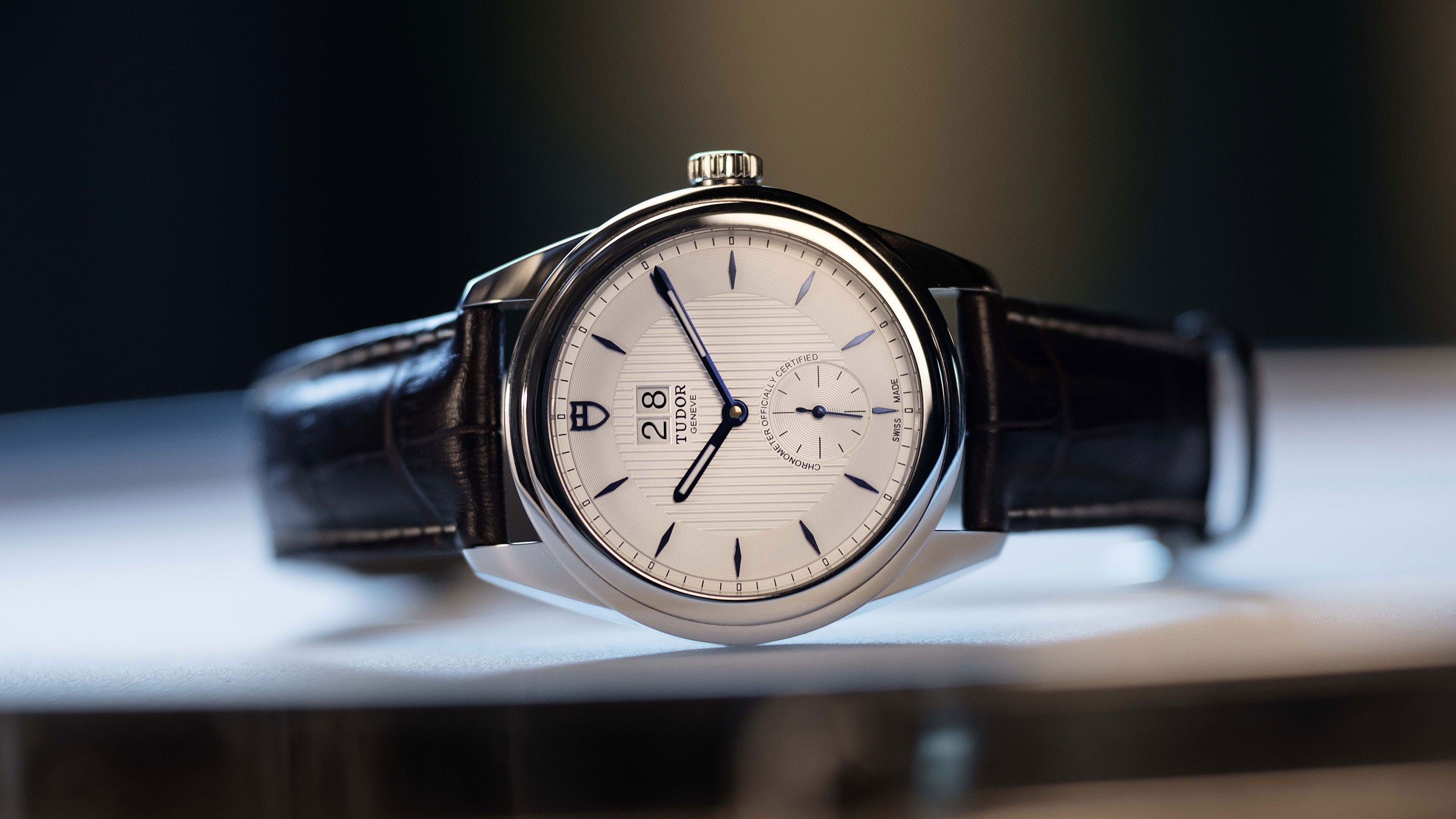 Tudor, a subsidiary of Rolex, was created by Hans Wilsdorf –… 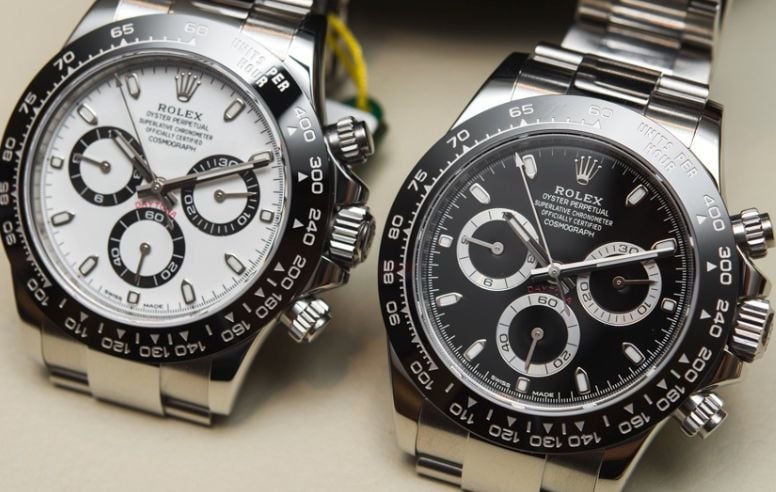 One of the most famous watch manufacturers in the world is…

Glashütte Original is a famous German watch company owned by The… 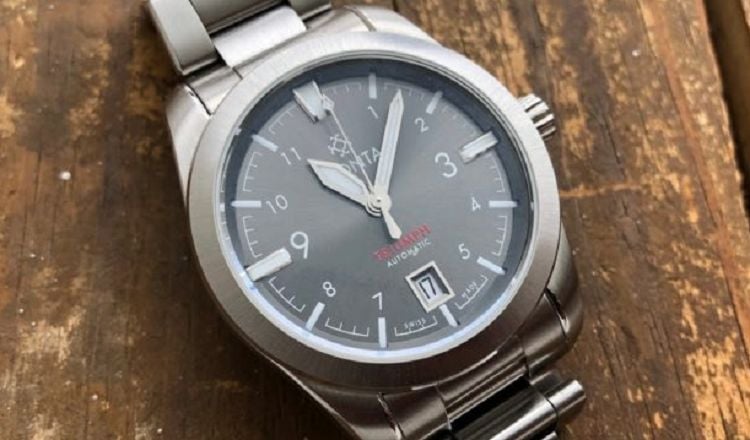 Monta is a watch brand that was officially launched in 2016…