Only 200 of the 750 Limited Edition new Thruxton TFC bikes are set for delivery to the United States and an even fewer number of 20 are planned for Canada. Priced at $21,500, each has the details you’d come to expect from a hand-built custom bike. The hand-painted gold details on the bodywork are a start, but there’s more. Each individual bike is numbered. There are handsome brushed nickel mirror details, too. The design team has given these bikes plenty of the details and features that make custom models exquisite. These are just a few of the things which make these new ultra-limited-edition motorcycles the exclusive Triumph Factory Customs.

Though Triumph has released the Thruxton TFC as the first of the new custom lineup, the company considers it to be the pinnacle in its long-standing ability to produce world-class motorcycles. In fact, this newest ultra-limited-edition premium cycle has been in the making for quite some time. The company has always sought to design and build custom special motorcycles.

Of course, the perfect ride for the riders has always been at the heart of Triumph’s designs. The cycles have been engineered, tested for quality, and hand-built. Most owners decide to personalize their own motorcycle with genuine accessories. The idea has always been that the company builds the high- performance machine for the customer while allowing for creative advancements fueled by the designers’ passion and vision for creating the best bike possible.

Triumph looks back to 2014 as the essential beginning of the new Thruxton TFC bikes. That was the year when Triumph formed two teams within their designers and engineers with a goal of creating the ultimate custom build. The two teams built two prototypes which Triumph considers the most beautiful ever created. They were the Bobber TFC1 and the Scrambler TFC2. These were the handcrafted ancestors of the Thruxton TFC. The company knew that these two bikes stood for Triumph’s leadership in transforming the way motorcycles could be customized and were the starting point for the countless custom specials which interested their brand fans in the years following. 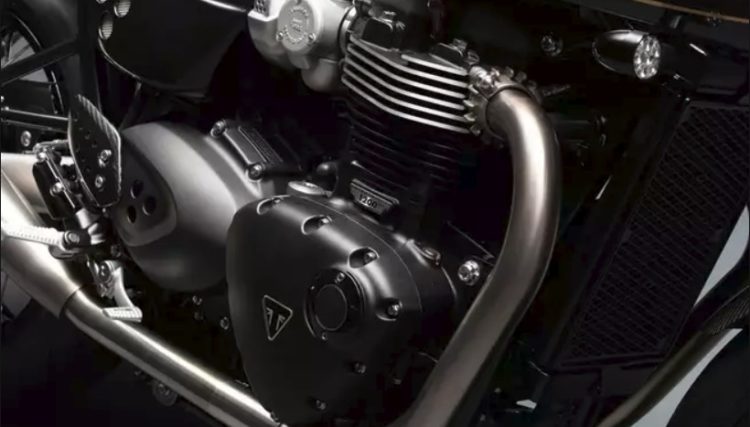 Triumph traces the lineage from the TFC1 and TFC2 prototypes through its Brand Ambassador Custom Builds:

Triumph is proud of its customizing expertise as evidenced by the many individual motorcycle builds it has accomplished over the past few years. Each custom build contributed to their knowledge and the Triumph legacy of innovation and craftsmanship. With celebrity associations such as Marlon Brando, Elvis Presley, Bob Dylan, James Dean, and Steve McQueen, Triumph has also established itself in the wider public eye. Who can forget McQueen’s ride on the 650cc Triumph TR6 in the movie The Great Escape? Triumph’s new line is intended to be a celebration of motorcycling.

The name Thruxton comes from the Thruxton Circuit, a motor sports racing track which opened on the site of the former Royal Air Force Thruxton combat fighter airfield. The airfield was used jointly by the Royal Air Force and the United States Army Air Forces during WWII. Motorcycle racing started at Thruxton Circuit in the 1950s using the airport runway and perimeter roads as the race track. The premier superbike racing series, the British Superbike Championship is held at Thruxton with three days of motorbike racing annually.

Triumph selected the iconic Thruxton name with intent. Long-established in the motorcycle racing world, the name evokes a spirit of feisty attitude and legendary racing success. Triumph has created a motorcycle which not only celebrates racing, but the best British engineering. 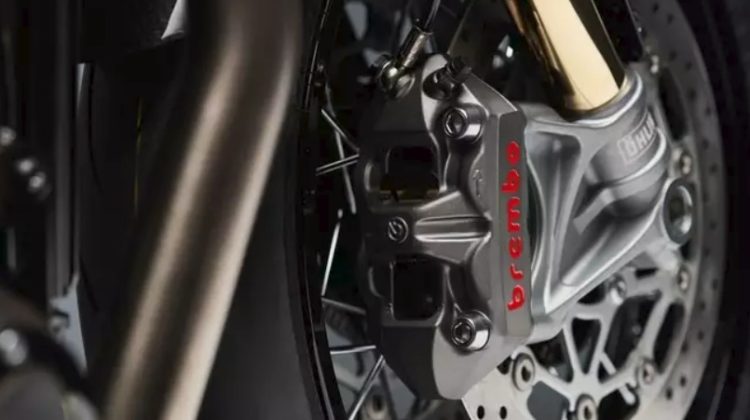 The specification highlights are significant:

The Thruxton TFC will be produced as a Limited Edition of 750. Each bike will be individually numbered on premium, customized badging. The 1200cc Bonneville Engine will be complemented by the titanium Vance & Hines mufflers. The 106 HP engine delivers more peak power than the previous Thruxton R at 107HP and 8,000rpm. The bodywork is made of carbon fiber and the engine rail features aluminum upgrades, making it 22 pounds lighter than its predecessor. The newest features focus on riding ease and handling completely new to motorcycle design. The Thruxton TFC is beautifully appointed with premium finishes and materials distinguished by intricate, detailing. Triumph promises the best of British design, British quality, and a British soundtrack only produced by the custom exhaust system. The Thruxton TFC promises to be a rider’s dream.