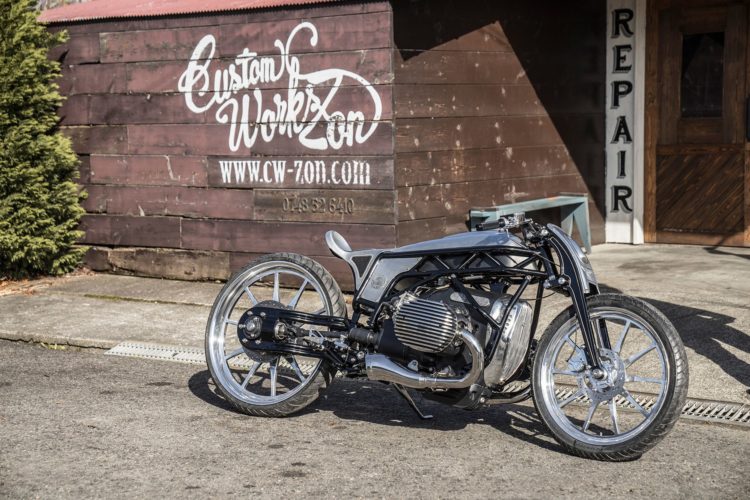 We are always told to follow our hearts, and that is what Yuichi Yoshizawa did when he began a company that would revolutionize the motorcycle world. With a collaboration with BMW, Custom Works Zon has created a bike that has people wondering what BMW has in store for us. As for this bike, here is how it came to exist.

It all started with a surprise call

Custom Works Zon is a Japanese bike builder founded in 2003 and best known for building exceptional custom bikes. Yuichi Yoshizawa was infatuated with motorbikes since his childhood, and he could always go to the local motorcycle shop. Although he tried many jobs after high school, none of them were what he was looking for, so Yuichi sought to do something he liked. He called upon his high school classmate, Yoshikazu Ueda to start a business and Custom Works Zon is the result of that partnership.

With such a passion for motorbikes, it was no wonder that they set out to create a name for themselves in the motorbike world with their unique bikes. It is, therefore, no surprise that they caught The attention of BMW who gave them a surprise call to visit the Motorrad company in Munich where the purpose of the visit would be explained. There was a catch, Yuichi and Ueda had to keep The trip a secret, so they went to Munich, and when they entered the factory, they had to sign a non-disclosure agreement before being shown the engine. They were then asked to build a custom bike around it, and the journey towards the Zon Works BMW Boxer Custom began.

Yuichi and Ueda made the rest of the bike from scratch while the engine arrived in Japan in late July 2018. Initially, the concept was to have the engine in a cruiser styled chassis due to its size. However, they changed this idea and opted to have a machine that portrayed the engine’s raw power which led to the design being drawn from land speed racers. Building the bike began with developing a custom-truss style frame which was designed to look like it was holding the engine from above. The front end has a girder style while the rear has a Sachs mono-shock which sports the custom single-sided swingarm. 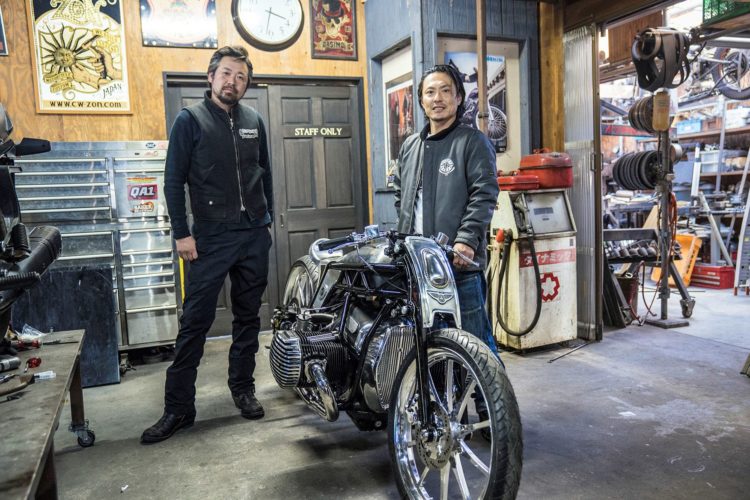 The wheels, both 22+ inch are the handiwork of Satsuma Cycle Works who milled them from aluminum blanks as per the design made by Yuichi. Kustom Tech disc brakes give the bike its stopping power while the grip is by Metzeler Marathon Ultra Rubber. Low and narrow handlebars, as well as rear set foot pegs, give the rider a suitable riding position as with a land speed racer from which they drew the concept.

To aid in streamlining the bike, 2/3 of the fuel tank is within the rails of the frame while the rest of the tank protrudes above. The rider is well-secured thanks to the tank that flows back into a single saddle. The engine arrived with neither an exhaust nor intake system which meant the pair had to design and build them too from scratch. The engine had a fuel injection system developed by BMW, but they did not supply it to maintain their secrecy. Yuichi, therefore, installed in their place a 40mm Dellorto carbs pair which are fed air through an airbox that is custom-made and rests on the engine. Yuichi built a 2-into-2 exhaust from stainless steel, and it includes mufflers.

Since it is called R18, it might imply that the engine may be a 1800cc and if it is, the bike becomes the first to have the biggest engine in the lineup of BMW Motorrad. Everything else is for people to speculate since the two parties have sealed their lips with BMW saying it will give further details later. We can, therefore, assume that since The engine is quite large, BMW might be planning to use it in the cruiser-styled model since it currently lacks such in its Motorrad range. However, these are but speculations, and we have to wait for BMW to reveal what it has planned for the engine.

What we are sure of is the buzz the motorbike created during the 2018 Hot Rod Custom Show that caused it to earn the highest honor of being named the “Best of Show Motorcycle.” The show which attracts 15,000 spectators annually even if it lasts for only a day has the motorcycle, and car custom builders from every corner of the world display their work. Gaining recognition amidst such tough competition goes to show that this bike surely is one of a kind.