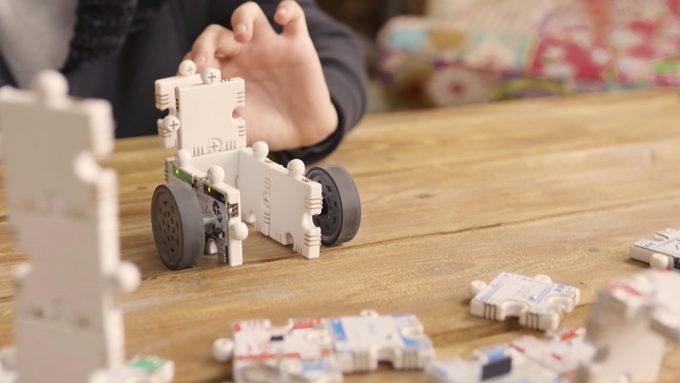 Children love to play, and they learn how to play puzzles and they prefer playing over learning. In this age where things like computers and tablets are entering the lives of children, coming with educational games that are there to challenge the mind and to give young minds an interest in technology, its natural something is going to be there to challenge them to go further.

Before computers came along, there were games that inspired children to develop their skills in problem-solving, their team working skills and being innovative. Now ActivePuzzle from Kickstarter has come along because children love robots – a modern, 21st-century piece of technology, and there are many toys on the market, particularly focusing on robots children can build themselves. Too bad electronics and programming are fiddly things to learn; there were cables, screens may not provide all the right instructions, and so the robot won’t work or look the way it should.

But ActivePuzzle solves that problem. It’s simply a game that allows children to learn how to construct little robots out of puzzles while children learn about technology. You just simply snap the blocks of the jigsaw together to form the robots, and you don’t need to worry about things like electronics and coding.

Anyone can construct robots with this toy. The benefits of ActivePuzzle are they teach children how to solve problems, enhance their skills and capacities in logic, develop their spatial cognitive skills, while they develop an interest in science and technology in imaginative and innovative ways. ActivePuzzle created this game to be gender neutral while it teaches children to work as a team while they learn whilst they play. 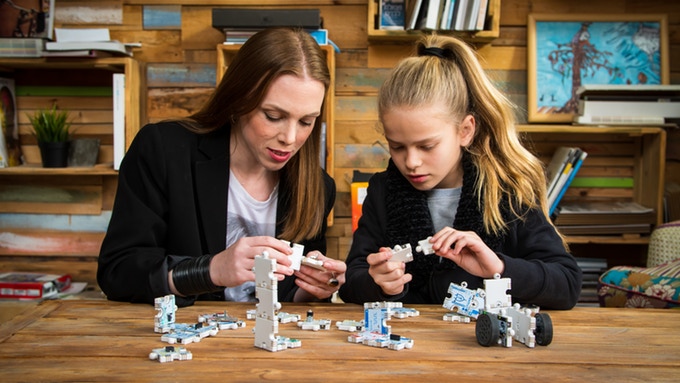 The puzzle pieces themselves contain an electronic function, and as the puzzle is fitted together the robot is created. Soon it is able to move, depending on the type of robot the child is developing. The functions of the blocks vary; one block can store the battery which the robot needs to move etc, while another could hold a sensor which lets it “see” anything in front of it, and the functions go on. The robots themselves don’t have a central processing unit. Instead, they work on a principle close to the Braitenberg Vehicle Concept which allows them to work in a distributed manner – there are input blocks which are combined to trigger the adjacent output blocks. The logic blocks will then manipulate the electronic value, and the robot will work.

The pieces of the puzzle visualize some of the most important concepts and functions in electronics and robotics – input and output, and logic.

For eight years they had problems, and then they realized that instead of making things complicated, they should instead make them learn robotics in their own language, the first language they learn before they learn how to speak – puzzles. ActivePuzzle have certainly developed a robot building toy which teaches children STEM – Science, Technology, Engineering and Maths, and offers a family a great game to play which also enhances their skills in spatial cognition, while giving them a chance to develop their logic and problem-solving skills.

The 20 Best Great Gatsby Quotes That Apply to Business

The 20 Best Things to Do in Glasgow for First Timers

A Closer Look at the 2021 Dodge Charger Hellcat Redeye