Home
Business
How is Amazon Going to Create 100,000 Jobs? 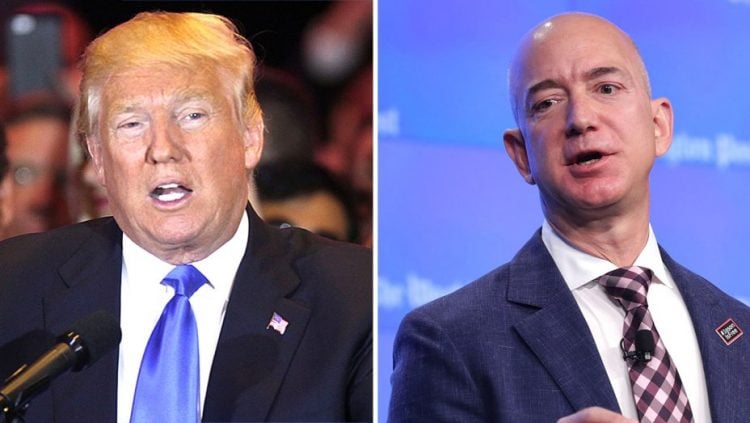 As the Obamas exit the White House and the new administration, headed by soon-to-be president, Donald Trump, prepares to enter onto the scene, there is a lot of concern as to how the economy, and specifically the job market, will be impacted by the transition. There has been a significant amount of pre-transition activity, more than in any time in the past. Already, the Trump administration has claimed responsibility for negotiating the stability of jobs in the state of Indiana, with Carrier deciding to keep its operations in Indianapolis, as well as the comittment of a Japanese investment firm to invest in the American economy at the tune of producing thousands of jobs for Americans.

Well, it seems that the Trump camp is not done laying claim to hefty numbers associated with a burgeoning economy. Recently, Amazon, the online retail giant, has announced its plans to create an additional 100,000 jobs, and almost immediately, the Trump camp is claiming that it has influenced this new development.

While president-elect Donald Trump will not even take office for another week, it has not stopped his administration for laying claim to credit for some advantageous economic maneuvering that has taken place over the recent weeks. When it comes to any type of job creation stories, the Trump administration has been willing to pounce on any announcement or projections for the purpose of taking credit. This includes the aforementioned stories associated with HVAC manufacturer, Carrier and Softbank, the Japanese telecom firm.

Now, the latest move to self-congratulate itself by the Trump administration is associated with more less-likely source — Amazon. During last week, Amazon made an statement that it has plans to add an additional 100,000 jobs to the American economy. This job aggregation is to take place over the next 18 months, which is a significant feat. While Amazon has been responsible for creating more than 150,000 jobs over the last five years, this latest commitment is definitely aggressive and optimistic.

While this number is significantly huge, it should not be a complete surprise, when the amount of growth that Amazon has experienced in recent years is considered. The company has experienced this growth across a number of different verticals simultaneously. In the press release in which Amazon made its statement about the new jobs, CEO, Jeff Bezos, indicated that the predominance of the growth that the company expects to experience is in several specific verticals that include logistics, machine learning, cloud technology and fulfillment centers.

With Trump only recently having been elected, one must be willing to ask themselves how was the administration in a position to influence such a major development. What is clear is that Donald Trump made job development a significant part of his campaign message, it would definitely bolster his position for Americans to see such immediate results. The manner in which the Trump administration claimed credit was very subtle, but nonetheless, direct. The statement was made by Sean Spicer, and it came after Trump with several other heads of tech companies, urging them to keep jobs in the U.S. the issuance of this statement is summated by the iteration that Mr. Trump was pleased to be able to play a role in The decision by Amazon.

It is obvious that there is definitely an attempt by the Administration to imply that the 100, 000 jobs that Amazon plans to create was in direct response to appeals by president-elect Trump. Bezos has been a consistent target of Trump’s ire throughout his campaign. On more than one occasion leading up to the election, Trump referred to what he considered immediate and obvious anti-trust issues associated with Amazon. In fact, Trump referred to Amazon as a huge tax shelter — promising to create problems for the company were he elected to office.

It is definitely possible that such threats became quite significant upon Trump winning the election, and it could have easily prompted Amazon to make some necessary moves in order to solidify its position moving forward.

According to those having access, Bezos, at least on the surface, was willing to move beyond the direct beef between he and Trump in recent meetings. In fact, Bezos was quoted as saying, “I found today’s meeting with Trump, his team of experts, and tech giants to be very productive.”

The idea that received a substantial amount of attention during these meetings was the need for the administration to make innovation a key pillar — creating a huge number of jobs across the entire U.S. — not only in tech, but all sectors, including manufacturing, agriculture and infrastructure.

This is not the first time that Amazon has sent out press releases touting its rapid growth, but the release of this latest statement definitely favors the Trump administration as far as its timing is concerned. While multiple attempts have been made to gain a confirmation from Amazon as far as the claim mentioned by Spicer are concerned, there has been no direct response.

While the inner workings of this development remain somewhat nebulous, it is obvious that the reality of a new administration and spurred activity in the sector of enterprise, which is a good sign for the overall economic landscape. The willingness of consumers to spend is essential to the sustainment of any economy, and it is much more like to see spending with job security and continued economic growth is expected in all major sectors.

With Amazon being clear in how they plan to accomplish such a feat of creating 100,000 jobs (fulfillment centers, cloud technology, logistics and machine learning), it’s become quite believable that this will be a reality.

Why Should Amazon Buy Souq.com?

What If You Invested $1,000 into Amazon At Their Original IPO Price?