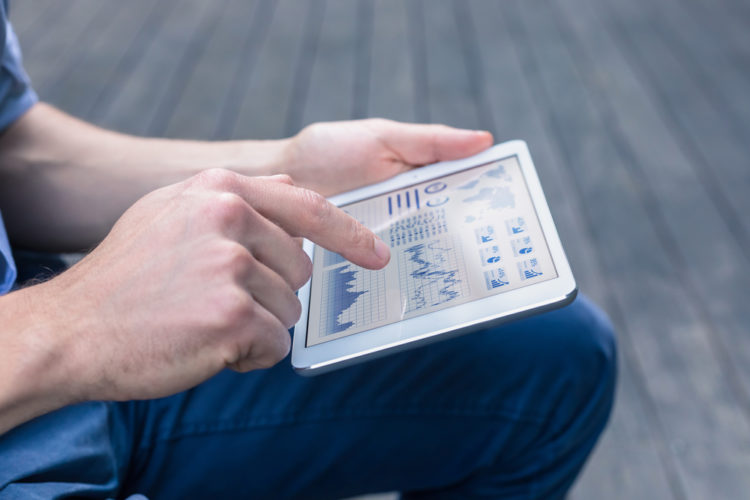 Most consumers who use smartphones, tablets, PCs, or laptops realize the importance of app performance. Frustration happens quickly when an app fails to live up to expectations. Glitches, slow performance, or freezes are simply not acceptable. Public demand for top performance keeps the companies that provide apps across the board busy with monitoring and applying quick fixes to keep consumers happy. The high demand for these services has made some of the startups and established businesses relevant and successful. Here are five companies that are leading the way in application performance that are worth a second look if you’re looking for good options for your investment portfolio.

Microsoft is the fifth-best ranked company leading the way in application performance. While some may disagree, they’ve come a long way in their fine-tuning of app monitoring and glitch repair patching. Although it’s one of the largest companies in this category, it’s not the number one ranked in our category. Its Azure Monitor app monitor is made for its own technology stack, which has been identified as a weakness. It could be challenging for clients working within a more diverse technology environment. However, Microsoft’s execution on the Magic Quadrant has placed the Redmond, Washington-based company in the top five. The APM solution Azure Monitor can connect to the System Center Operations Manager to take in data from other applications directly, even if they’re not Azure applications. It works well within the Microsoft cloud and integrates into the DevOps capacities. Microsoft is continually making upgrades such as native support or the microservices provided for Azure Kubernetes Services. It’s additionally offered expanded support for diverse tracing monitoring and assistance for video calls,, which have increased dramatically during the coronavirus pandemic. Azure Monitor clients give the service and support offered by Microsoft high marks for the services.

Dynatrace is the fourth highest-rated application performance monitoring company currently. The estimated APM revenues for 2019 were reported at between $250 million and $500 million. Dynatrace has been recognized for its Magic Quadrant vision with first place, and second for on-premises management services for SaaS through the same architecture. It offers solutions for core APM infrastructure monitoring and more. Also included are DEM and AIOps, log analytics, and elements of network monitoring. These features are all provided in a single module through the use of AI algorithms and real-time topology technology for analyzing events and providing traces and metrics. Detection of anomalies is automatic to have more most positive results for clients wishing to avoid business impact. Dynatrace offers a common data model with embedded ML/AI support for analyzing APM, DEM, and third-party data. The single identified drawback with Dynatrace is in its pricing model. Clients indicated that they would appreciate a simplified model that offers an idea of what the services would cost them. Currently, it’s confusing and requires direct contact with the company.

New Relic is a company with APM revenues between $500 and $750 million for 2019. The entity formed a partnership with Jay Snyder, former Dell Technologies star as the new CCO. The business received a third-place ranking for magic Quadrant execution and 2 for vision. New Relic is based in San Francisco, California, and has expanded its customer base from the United States to other countries throughout the world with a physical presence in foreign countries. New Relic One recently launched offering all of the capabilities previously offered in different modules into one. The APM also includes DEM capacity, logs, metrics, analytics, and infrastructure. It uses independent data sources and supports metrics, logs, and more. New Relic acquired SignifAI recently which greatly enhanced its Artificial Intelligence Ops capacity. It offers expanded support for environments operating without a server for clients opting for the IOpipe. The company has grown rapidly in the past few years receiving over half of the revenue it generates from new enterprises. The only remarkable drawback is that the program becomes complicated under certain languages and environments.

Broadcom is the second most highly ranked APM company in the world today. Revenues for 2019 ranged between $250 to $500 million. In 2018, the company acquired CA Technologies with high marks for vision and execution on the Magic Quadrant. Broadcom is based in San Jose, California with an APM that provides DX Application Performance Management along with DX Saas. The components that go with the service include mainframe and cloud monitoring, business transaction, network infrastructure, and end-user experience data ingestion and analytics. The company’s products support could native infrastructure and application environments. Analytics are rendered via Artificial Intelligence Ops. Data ingestion is achieved via other platforms thanks to one of the biggest IT acquisitions of its existence in 2019. Broadcom made the acquisition of the $2.5 billion Symantec Enterprise Security business for $10.7 billion. The target for Broadcom is [portfolio licensing agreements with 1,000 top global enterprises interested in an increase of their APM capacity. The only weakness for Broadcom is the DevOps teams lagging behind the competition.

Cisco AppDynamics is the top-rated leader in application performance. For 2019, the estimated APM revenues of Cisco AppDynamics were between $500 million to $750 million. The San Jose, California-based company is rated as number three for vision and number one for execution on Gartner’s Magic Quadrant. The product provides clients with end-user monitoring, core APM, business performance monitoring, and infrastructure visibility. AppDynamics integrates with the Cisco Workload Optimization manager and ACI. The AppDynamics functions through the AIOps platform along with the Cognition Engine. Support is delivered for insights across business data, infrastructure, user journeys, security, multidomain data, and cloud-native environments. Business analysis capability is enhanced through the product’s Business IQ solution and is ranked as the number one choice for APM.