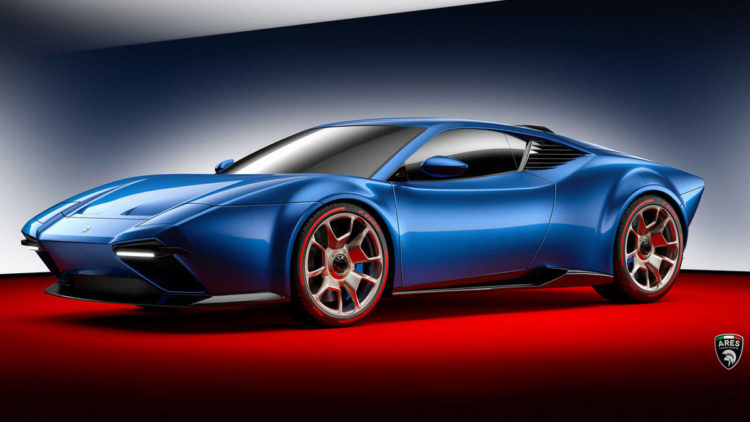 De Tomaso’s financial woes are to the fore with bankruptcy filing, and an acquisition made by a Chinese investment firm, but this will not interfere with the Ares Project Panther. The final car, and perhaps the finest from the automaker is heading to auction and it’s destined to become a collectors item for the lucky bidder who comes in on the top of the dogpile.

What is the Ares Project Panther?

The two word description is sheer genius. It begins with the elements of the Italian De Tomaso Pantera, which is a high performance machine, to say the least. The integrity of the recognizable Pantera are present with three quarter rear grille, a nose that is shaped like a wedge and the flat cover for the engine. The coachbuilt special is a Huracan based vehicle that is De Tomaso Pantera inspired.

Getting to the nitty gritty

CEO Dany Bahar formerly of Lotus, is the Modena coachbuilder famous for precision tuning, has recently made the announcement of what many believe to be, perhaps their most ambitious efforts in coachbuilding to date. Take the bare bones of the Lamborghini’s prized Huracan, and combine it with the De Tomaso Pantera. Add a pair of pop-up headlights and you get an extremely retro impression. We can all thank Mihai Panatescu, the in-house designer for Ares, for this novel and fitting aesthetic. His expertise took the Areas Project Panther to new levels of attractiveness, which easily trump the Italdesign Zerouno. There was no need for this kind of complexity and when comparing the two, it isn’t really a competition.

What we know about the internals

Ares is keeping their lips buttoned about mechanical upgrades, but what we do know is that Project Panther is keeping the 5.2 liter V-10 that is stock in the Huracan. They thought it a fair amount of horsepower to keep it at 601, with 413 pound feet of torque. This should generate an easy zero to sixty in a little over three seconds. The expected top speed should exceed 200 miles per hour. Every parent hopes that their children will get the best possible genes from each contributing parent and it’s looking like the Project Panther has done precisely that, extracting the most impressive elements from the Huracan and the De Tomaso Pantera.

Where they’re at in the process

Although you can’t run down to the dealer and drive on off the lot as of yet, the Project Panther is on its way. Before it will be made available to the public, there are a few more tests and we’re sure some tweaking that will need to be completed. First will be the completion of crash safety testing, along with further assessments of the aerodynamics. This is where it could be slated for a few minor tweaks, but most likely, nothing too major nor time consuming. They automaker has figured all of these factors into the equation and the projected delivery date will be in the latter part of 2018. That leaves a mere 6 to 7 months until its arrival.

The Ares Project Panther is the production of the Ares newest department called the Bespoke Creations division. The purpose is solely for catering to customers who are well-heeled and looking for low volume vehicles to satisfy their cravings. In fact, the Ares Project Panther, is the first roll-off for the division, and we’re expecting to hear the announcements for several more in the near future.

The art is in the design

Bahar has made a habit of successes in his new endeavors, as he did for the Ferrari automakers during his time with the high end luxury sport automaker. He’s hit the ground running and in step with his reputation, is bringing Ares into the realm of Bespoke autobuilding to meet the requirements of the most discriminating clientele. It really shouldn’t come as a surprise though. Guys like Bahar are never underutilized for their talents and creative genius. That’s one of the reasons why he’s in such demand. He’s a mover and a shaker with a creative flair of genius. Some other Bespoke vehicles we can look forward to in the near future are a rebodied G-Class Mercedes-Benz and a new Bentley Mulsanne coupe.