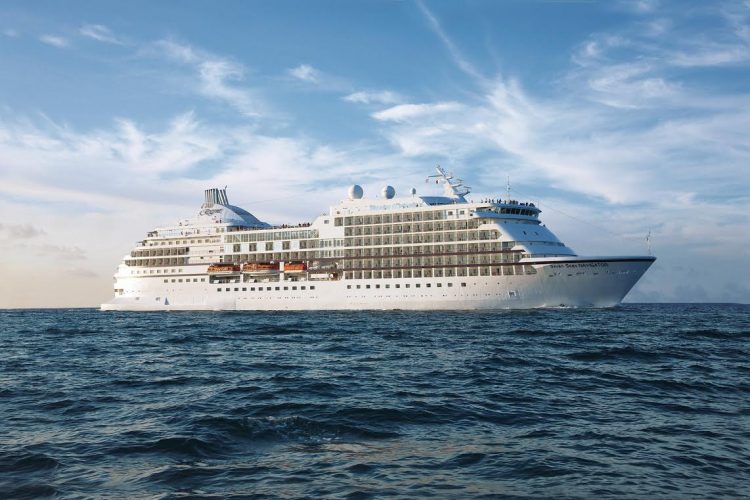 The luxury cruise industry is really ship-shape – and that’s putting it mildly. The just-announced 2018 world cruise by Regent Seven Seas Cruises is perhaps the most lavishly spectacular example of this trend. The 137-night Navigate the World voyage – on the recently-refurbished Seven Seas Navigator – will offer 490 guests the trip of a lifetime.

Setting sail on January 8, 2018 from Los Angeles, the 38,528-nautical-mile sojourn will begin and end in Los Angeles. Along the way, passengers will have the opportunity to explore some of the world’s most exquisite destinations, visiting five continents, 28 countries and 64 ports of call – featuring dozens of free shore excursions. Included are 28 UNESCO World Heritage Sites, destinations such as Hawaii Volcanoes National Park and Singapore Botanic Gardens with special cultural or physical significance.

The cruise industry is enjoying strong global growth, with an estimated 24 million passengers setting sail this year, according to the Cruise Lines International Association. That’s a 35 percent increase over 2009, and there’s evidently no end in sight to this unprecedented growth.

Much of the increase is coming at the high end of the market, where intrepid travelers seeking luxury, comfort and adventure are enjoying exotic voyages on opulent ships that rival any vacation on land.

According to Jason Montague, president and COO of Regent Seven Seas Cruises, the line’s 2018 world cruise was scheduled because of rabid consumer response to its 2017 world cruise. “The overwhelming response to our 2017 world cruise prompted us to offer another unprecedented global adventure,” he said. “The newly refurbished Seven Seas Navigator is absolutely stunning, and for our 2018 Navigate the World voyage we added more included amenities, making this world cruise the most luxurious and inclusive world cruise available.” That ship – Seven Seas Navigator – was recently refurbished as part of a $125 million fleet-wide renovation project. All accommodations are suites with ocean views, and the majority come with private balconies, including the 1,067-square-foot Master Suite that features marble bathrooms, a private balcony, a spacious bedroom and expansive living room.

Plus, nearly every amenity is included in the price of the cruise – from unlimited beverages (including fine wines and spirits) and 24-hour room service, to a pre-cruise gala at the Beverly Wilshire Hotel and Wi-Fi throughout the ship. Even roundtrip airfare to and from Los Angeles is provided at no extra charge.

But there is equal lure outside the ship, given the varied destinations included in this months-long journey. The journey begins in Los Angeles, as Seven Seas Navigator sets sail across the Pacific Ocean to the lush Hawaiian Islands and tropical oases of French Polynesia, American Samoa and Fiji. Multiple stops in picturesque ports of New Zealand and Australia precede a cruise through such exotic Southeast Asian destinations as Indonesia, Singapore, Thailand and Malaysia. The ship will then cross the Bay of Bengal, making many stops to explore the cultural wonders of Richards Bay, Durban, East London and Cape Town of South Africa.

Crossing the Atlantic, the Seven Seas Navigator will arrive in South America with stops in Uruguay, Argentina and Brazil. From there, it will cruise the Caribbean Sea to Curacao and Aruba and then traverse the iconic Panama Canal. The ship will explore delightful Central American ports in Costa Rica, Nicaragua and Guatemala before returning home to Los Angeles on May 25, 2018.

A vast array of complimentary and unlimited shore excursions allow guests to become immersed in each destination visited. For instance, guests can dine in the bush at the Zulu Nyala Private Game Reserve in Richards Bay, South Africa, take a tranquil visit to the Australian countryside for a tasting at a local winery in Adelaide and encounter an active volcano closer than ever imagined at Hawaii Volcanoes National Park.

The popularity of this and other luxury cruises has prompted Regent Seven Seas to add a fourth ship to its award-winning, all-suite fleet. Seven Seas Explorer, set to debut in July 2016, has been hailed as the most luxurious ship ever built.