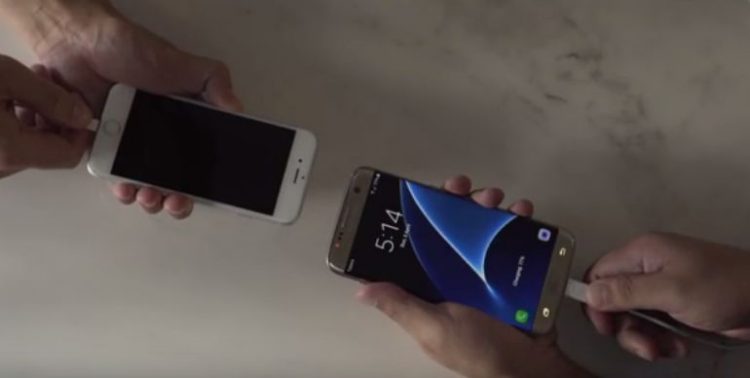 At first glance, there doesn’t appear to be a lot of opportunity for innovation in cables. Everyone has several – some maybe enough to power a small army of phones – and they all work just fine to charge our devices. Fortunately, something is missing and ASAP Connect filled the gap we didn’t even know existed with their unique approach to magnetic connectors. They’ve even succeeded where it seemed impossible – providing a magnetic connector for the iPhone.

Instead of accepting this and just walking away ASAP Connect has developed a mechanism that does not require the Lightning connector itself to be magnetic. With their unique and innovative method of attachment, there’s no need to go rogue and sell something uncertified. Instead, ASAP Connect can be marketed as a legitimate Apple accessory making it the only magnetic charging method for the iPhone and other Apple products that use the lightning connector. It works for Android phones too and comes in several nice colors including rose gold.

The best part about the new ASAP Connect is that the magnets involved are properly polarized to pull the pieces together correctly. You don’t need to line everything up with exact precision. In fact, you can turn the piece a complete 180 degrees, and it will still connect appropriately. Given the busy lives, we all live it’s an excellent time saver no matter how little time it would waste. We need everything we can get these days.

ASAP Connect bills itself as revolutionary 18K gold tipped cables with magnetics and they deliver. They also offer a great deal for early access to the product. For $85 you can order a batch of five cables. They don’t all need to be the same. In fact, every single one can be different for those whose home resembles an Android vs. iOS battleground.

This impressive project has raised $505,738 leaving them an impressive and staggering 845% funded on July 2, 2016. They are a feature in the emerging technology collection which likely helped their fundraising efforts along. One of the key improvements they’ve made – at least as far as Apple products go – is they’ve constructed a significantly more stable attachment between the plug-in and the cable itself. The Apple connectors tend to bend and eventually break with heavy use. The ASAP Connect cables are significantly longer lasting. You will likely have them over multiple iterations of phones and tablets, regardless of brand.

I mentioned above you can order a batch of five for $85. That offer has already been maxed out for 2016, so you’ll have to wait until 2017 to get it. There are, however, a few other great offers. For example, they have a collection that’s Pokemon themed. Choose between iOS and Android attachments and select your Pokemon team. All three are available with the team’s champion Pokemon printed on the aluminum casing. They’re delivering October 2016, so essentially now. You’ll be able to get your hands on them in time for Christmas.

ASAP Connect is offering an adapter in addition to the cable if you’d prefer to keep your current cable. They warn that the cable is a better option. With the adaptor, the head is heavier. The more hefty head to hold up makes the magnetic connection more likely to break loose and fall apart. If you just use their cable, everything is designed to work seamlessly together, so you’ll have less unintended disconnects.

The cables – and other products the company appears to offer – are patented and designed and manufactured to widely accepted industry standards across technology sectors. The makers have taken great pains to ensure the developed product is sellable across many markets and retailers without fear of lawsuit or other charges. ASAP Connect is not only a promising set of cables. It’s also a promising brand that is bound to do well on future product releases.

It’s difficult to imagine what else they might add on to something so straightforward as a charging cable, but apparently, they’ve already come up with some innovative ideas no one else had considered. Their future looks promising as they continue to come up with unique ideas – like Pokemon branding – to sell their cables. Supplying an adapter as well means they understand how committed users are to their existing products and that it may take time and some trial to convince them to migrate to something different.

The future for this company appears to be quite bright. If they’re this competent with product design, manufacturing, and fundraising it’s difficult to imagine where they might trip up in the future. Sometimes these companies have difficulty ramping up with demand, but so far that doesn’t appear to be an issue for ASAP Connect. Their best bundle is sold out for 2016, but they’ve offered others that will still get you the product – just not in the bulk pricing that’s ideal. That said each offer includes a note that for $19 a piece you can add additional cables on to any of those orders.

Give ASAP Connect a try and let your friends know about them as well. A tech company that’s this innovative and well managed has nowhere to go but up. If they can make this significant of an improvement on something as simple as a charging and data transfer cable, it’s a difficult thing even to imagine what they could do for headphones, laptop power cables, and more. There’s a lot of room for growth, and these guys look like a promising path to get there.