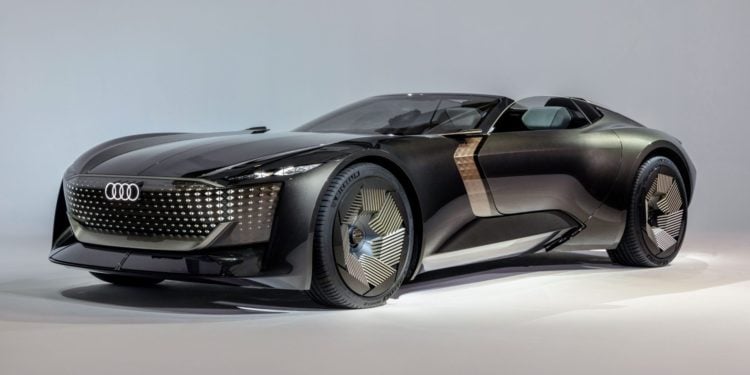 Have you ever wanted to own a real-life Transformer or a spaceship? Audi’s New Skysphere EV Concept car is a gorgeous, futuristic-looking car that no one would be surprised to see take off for the stars. Sadly, it won’t actually lift off (yet), but at least it looks like it was made for filming 007 in space. On the plus side, this car can actually transform. Audi has really outdone itself with the Skysphere EV Concept car; let’s check it out together.

First debuting at Monterey Car Week, Audi’s new Skysphere EV Concept is a taste of things to come in more ways than one. Firstly, this is an electric car, hence the “EV” designation. That means this is more than just visually forward-thinking because the Skysphere signals part of the VW Group’s intended, eco-friendly direction. According to the Robb Report, Audi has committed to investing twelve billion dollars into electrifying its lineup. Additionally, they plan to completely stop developing new combustion engines by 2026. Gas burners are fast going the way of the dinosaur, and it’s a huge win for progress and the future of humanity every time a big auto company agrees to change its outdated ways. Second, we can’t avoid talking about the way it looks. This vehicle is actually breathtaking, but the look can change. This electric space bullet will physically convert at the push of a button. No, it’s not going to change things up by becoming a giant talking, sentient robot, but it will go from a roadster to a grand touring car.

The modifiable wheelbase isn’t just an added feature customers would pay for. It’s integrated. If this were on the market now, you would almost literally be getting two cars for the price of one. It’s a real stretch of the imagination to make such a versatile vehicle, but we couldn’t love it more if we tried. Sadly, the Skysphere EV is not for sale. Finally, despite Tesla’s recent setbacks, the VW group can see that self-driving vehicles are the wave of the future. In theory, not only will Audi’s new Skysphere EV Concept change its style, but it will also get you there in style, with little to no effort on your part.

Cars have changed a lot over time. From the boxy, thin-wheeled Fords that scared horses in the early part of the 1900s to the big, beautiful steel boats of the 1950s, there was a world of upgrading that went on behind the scenes. By 1960, a classic Cadillac tipped the scales at a massive four thousand, seven hundred and three pounds curb weight. That same 1960 Cadillac might get up to nineteen miles per gallon of gas. A single gallon of gas weighs around six-point-three pounds. Yet, according to NASA’s Climate Kids Website, it produces an astonishing twenty pounds of CO2. So one of these old cars could put out almost a pound of pollution per mile.

Modern cars are very different. The Audi TT, for example, weighs in at around 3100-3300 lbs and gets a stellar twenty-three mpg in the city and twenty-eight on the highway, but it’s still not enough. By moving toward a design like the Skysphere, the weight goes up a little to just under four-thousand pounds, but its CO2 output is nonexistent. There’s no question that cars like the Skysphere are everything early automakers never even considered in their wildest dreams. Henry Ford would be proud to see how far things have come, though he probably wouldn’t even recognize the new Audi Skysphere EV Concept as a car at first. It makes us wonder what cars will look like in another hundred years.

Audi’s new Skysphere EV Concept car has some incredible features that are a little harder to see. For example, the air suspension is upgraded. Moreover, this car can raise and lower it’s ride height by a quarter of an inch. That’s not the only cool thing the suspension can do. According to Green Car Reports, the wheels can raise and lower independently to compensate for road conditions. Whether you’re driving or riding, the Skysphere can certainly go the distance. The batteries have eighty kilowatt-hours split between two different modules. Functionally that gives you a range of around three hundred to three-hundred and ten miles on a single charge. The Skysphere EV Concept also has decent acceleration.

This car can go from zero to sixty-two in about four seconds. While that won’t beat the Aspark Owl, which is the fastest in the world and can cover that distance in a mere one-point-seven seconds, it’s still exceptional acceleration. Finally, you can look forward to a great engine, not just ‘for an electric’ but a car in general. Audi’s new Skysphere EV Concept offers six hundred and twenty-three horsepower and five hundred fifty-three pound-feet of torque. All that is riding on a gorgeous set of twenty-three-inch wheels. The design is reminiscent of wire wheels, but the appeal is still futuristic. When you look at the stats and capabilities in the Skysphere, the future of Audi and the VW Group looks very bright indeed. You could even call it brilliant. Best of all, the entire car was designed digitally. Audi’s Malibu Studio really outdid itself with this dream machine.

There has been a trend recently where some companies bring concept cars to the general market. The Skysphere EV isn’t one of those cars (yet), but we can dream. This wonderful, sporty car has a lot to offer beyond its truly out-of-this-world looks. If you always wanted a car that transforms, this is the first real-world step to getting one. This innovative tech isn’t available today, but Audi plans to use these features in future models. In the 1950s, everyone wanted flying cars, and they are finally starting to become a reality. Now we all want a real-life transformer. With luck, it won’t take seventy-plus years before you can have one. 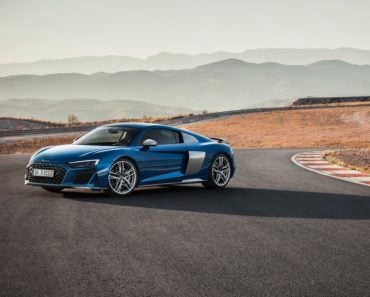 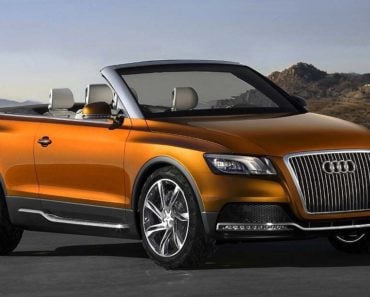 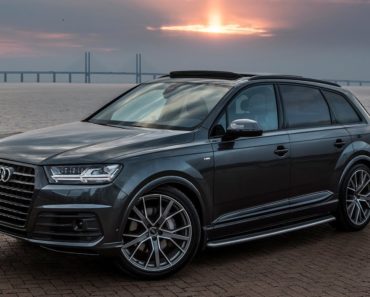 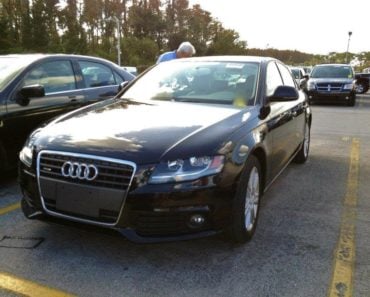 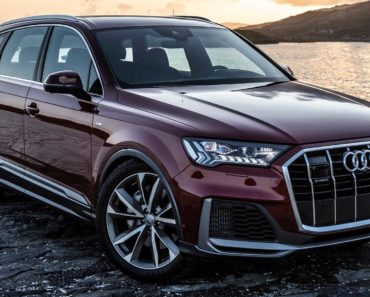 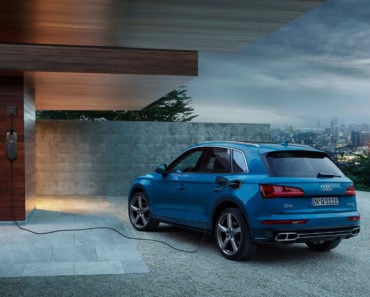