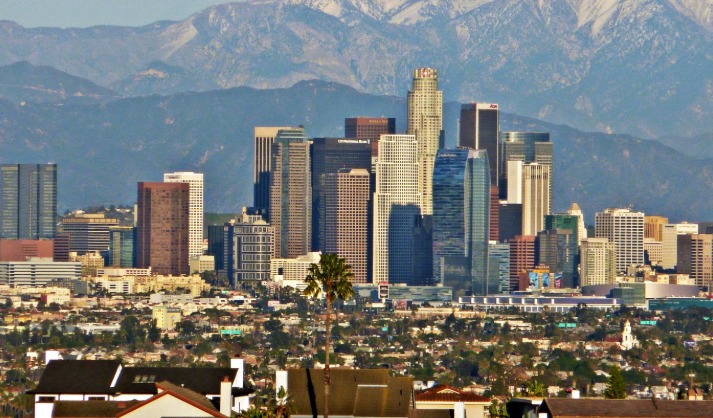 As the home of many celebrities, Los Angeles is often seen as a luxurious and expensive place. While there are many five-star hotels, fine dining restaurants, and expensive attractions. Although this is one type of vacation in Los Angeles, it is not the only option. There are just as many things to see and do if you have a limited budget. The diversity of Los Angeles means that there are attractions of all types, so there is something to suit all preferences, ages, and budgets. In fact, there are plenty of fun and interesting things to do without spending a single cent. Here are 20 awesome free things to do in L.A. 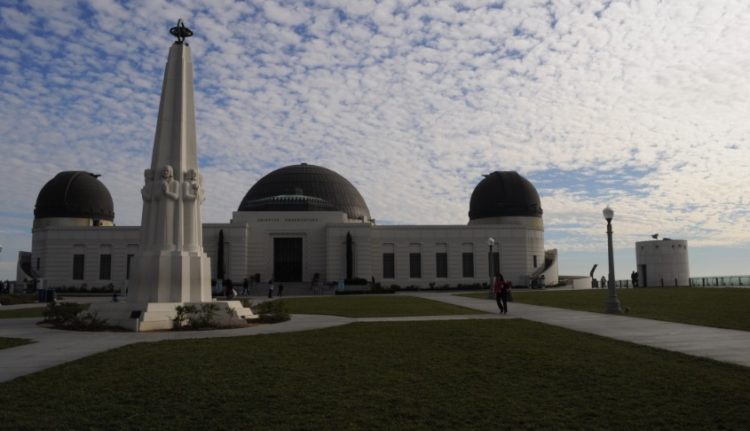 Open every day except Monday, Griffith Park and Griffith Observatory is located on East Observatory Road. This attraction combines stunning grounds with one of the most historically significant landmarks in Los Angeles. Within the observatory, you can look through telescopes, see live shows in the Samuel Oschin Planetarium, explore the exhibits, and enjoy spectacular views across the city. As the Getty Observatory sits on the south face of Mount Hollywood, you will get a bird’s eye view of the Los Angeles basin and the surrounding area as well as seeing the cosmos from the telescopes.

2. Spend Time at the Beach L.A. is a coastal city with some stunning beaches. Some of the best beaches in Los Angeles include Malibu Beach, Zuma Beach, and Venice Beach. These are stunning beaches with gorgeous ocean views. You will find plenty of things to do on and around the beaches, including taking a stroll, trying watersports, taking fitness classes on the beach, stall, beachside stalls and cafes, cycle paths, and many more activities.

3. Walk the Hollywood Walk of Fame 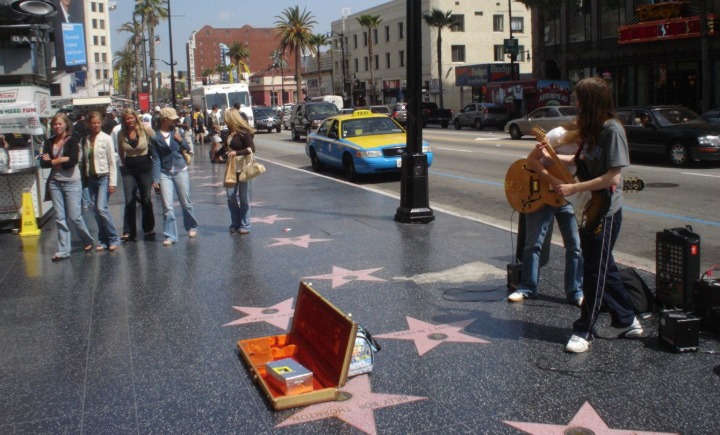 The Hollywood Walk of Fame in the Hollywood district of Los Angeles is famous around the world. The stars embedded into the sidewalk are a celebration of some of the most talented stars in history, and it is a great honor when a celebrity has one of these stars dedicated to them. You can walk along the Hollywood Walk of Fame, which is located on Hollywood Boulevard, for free. If you wish, you can take a photograph of yourself standing on the stars of your favorite celebrities.

4. See the TCL Chinese Theater’s Forecourt of the Stars

A similar attraction to the Hollywood Walk of Fame is the TCL Chinese Theater’s Forecourt of the Stars. Rather than having a names star embedded into the sidewalk, this attraction has the handprints and footprints of many celebrities. You can measure your hands and feet against those of the stars and have your photograph taken next to your favorite celebrity’s prints. A trip to the California Science Center is a great day out for all the family. This is an interactive activity that combines education with fun. It is located within the Exposition Center and one of the highlights is the space shuttle on display. Admission to the center and most of its attractions are free. However, there is a fee to pay for some special attractions, including entry to the IMAX theatre. This venue is particularly good if you are traveling with children as the interactive elements of this attraction will keep them entertained for hours.

6. Go to a Television Studio 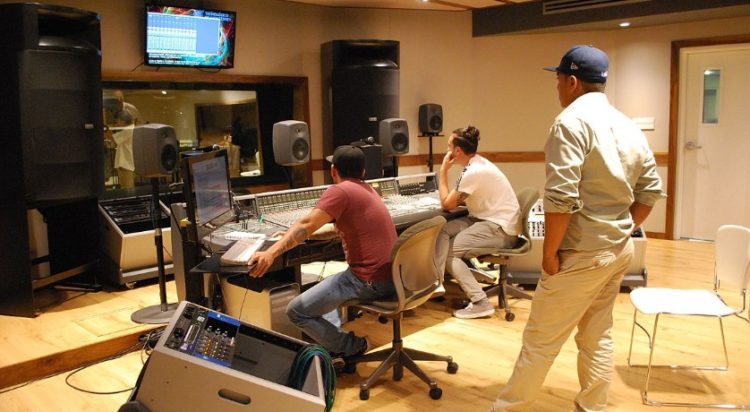 Los Angeles is home to many television studios and these are usually much smaller than people expect. It is possible to become a member of the live studio audience at many of the studios, so you can enjoy watching a live performance of your favorite sitcom or quiz show while it is being filmed. It is best to check out the rules of different studios before choosing this as an activity to include in your vacation itinerary. Some television studios also offer free tours, while at others you have to pay.

7. Stroll Along the Venice Boardwalk The Venice Street Boardwalk is a great place for admiring the beach and ocean views and for shopping. However, it is also an attraction in itself. Throughout the year, there are street performers and artists on almost every corner. You will also see many interesting characters and people working out on the famous Muscle Beach. The only cost you may incur is parking, but there is some free parking if you are willing to drive around to find a spot. The Hollywood sign is one of the most iconic landmarks in the world. Although you cannot stand directly next to the sign, no visit to Los Angeles is complete until you have viewed the sign. It is a fantastic photo opportunity to commemorate a trip to this fabulous city. There are several hikes around the Hollywood sign that allow you to take a closer look and this will give you the chance to appreciate the scale of the sign. Hiking on Mount Hollywood will also allow you to appreciate the natural beauty of the area just outside the city. 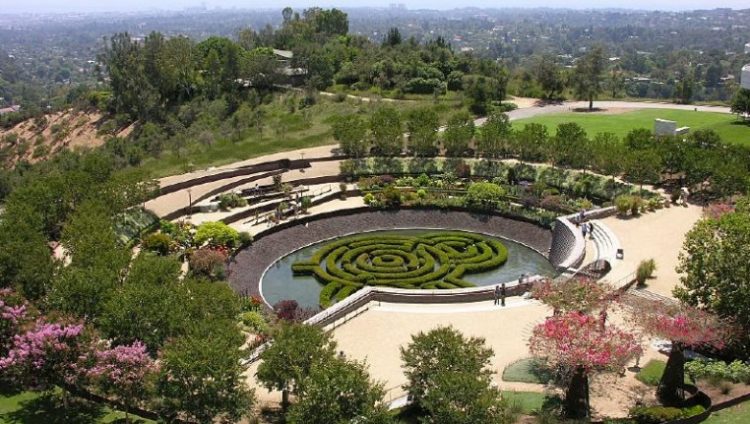 The Getty Center and Getty Villa are actually two separate attractions, but you can easily visit both on the same day. Located on Getty Center Drive, The Getty Center is an art museum in a building that is a fine example of contemporary design. The art on display ranges from Medieval art to modern works. The Getty Villa, which you will find on Pacific Coast Highway, is also an art museum in a building that replicates Ancient Greek and Roman architecture. The pieces on display are from the end of the Stone Age through to the fall of the Roman Empire. Admission to both these attractions is free. You will find Venice Canals just off 25th Street in Venice Beach. Walking by the Venice Canals is a unique experience as you will feel like you are in Europe rather than California. There are five canals in total and these have some interesting bridges. It is one of the most peaceful areas in Los Angeles, and the canals are lined with pretty gardens to admire. Sitting on the benches along the canals is a good way to relax and people-watch.

11. View the Annenberg Space for Photography 12. Have Fun at Santa Monica Pier 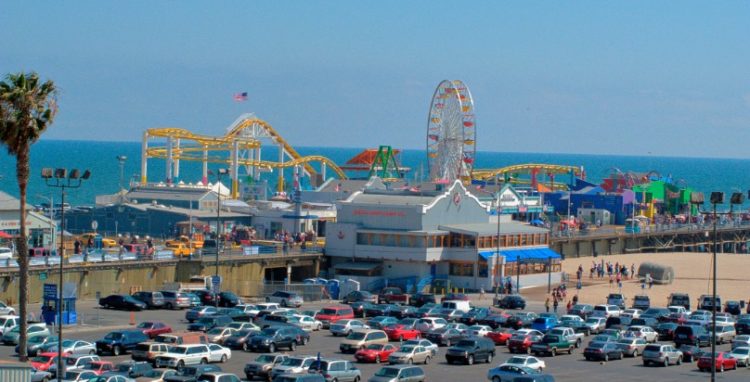 Head just west of downtown and you will come across Santa Monica Pier at Venice Beach. This pier has one of the most legendary beach scenes in the whole of the United States. Admission to the pier is free, as are many of the attractions. You can spend anything from a few hours to a whole day at this attraction, but it is wise to take some money if you plan to spend all day there. This will give you the cash to spend at one of the pier’s amazing restaurants or to have fun at some of the attractions with a fee. If you are a fan of the great outdoors and you want to get away from city life for the day, then one of the best places to head for is Runyon Canyon Park. The park is open seven days a week from dusk until dawn and it is dog-friendly. There are several trails throughout the park, and you can enjoy panoramic views of Los Angles and the Pacific Ocean from the high points of the park. Three or four times a day, there are free yoga classes held. If you are interested in natural history, then viewing the fossils at La Brea Tar Pits is the perfect activity. Some amateur paleontologists found animal remains in the Rancho La Brea pits in 1875. The pits is a petroleum lake under Hancock Park and paleontologists and historians are still working on the site to this day. Although it is free to explore the tar pits, you must pay to take an excavation tour or enter the Page Museum. Children and adults alike will find this attraction fascinating. There are many different types of art on display at the Hammer Museum. One of the regular exhibitions is the Armand Hammer Collection, which consists of works of art from the 16th century to the 20th century. There are regularly changing exhibitions that feature modern art by talented artists. This museum is open from Tuesday through to Sunday and there is free admission to the public. The museum’s restaurant, Audrey at the Hammer, is also open when the museum is open and for dinner service after the museum is closed. For those who want a cultural experience that allows them to learn more about history in the area, Greystone Mansion and Park is a fascinating place to visit. You will find this venue at Lorna Vista Drive and admission is free. There are tours of the estate daily and you will learn about the history of the mansion and have the chance to appreciate the beauty of its grounds. This is a good choice of activity for those who are interested in history and architecture. To attend a concert at Walt Disney Concert Hall, you will need to pay. However, you can view the concert hall for free. The first thing to appreciate is the stunning modern architecture of the building, which is an impressive sight. Once inside the Walt Disney Concert Hall, you can take a guided tour of the building or roam around alone. This venue is home to Los Angeles Philharmonic Orchestra, although there are performances by many other artists that take place at this concert hall. The Broad is a free museum in downtown L.A. The highlight of this popular contemporary art museum is the Infinity Mirror Rooms, which are rooms designed by Yayoi Kusama that are laden with mirrors. Another great feature is the Eli and Edythe Broad collection of post-war works, which consists of more than 2,000 pieces by famous artists including Cindy Sherman, Andy Warhol, Ed Ruscha, Jeff Koons, Roy Lichtenstein, and Barbara Kruger.

19. Climb to the Observation Deck at Los Angeles City Hall Los Angles City Hall is one of the most striking landmarks of the city and it was once the tallest building in Los Angeles. Although this is no longer the case, you can still enjoy some pretty impressive views from the Observation Deck on the 27th floor of the building. While you are on the observation deck, take the opportunity to snap some photographs of the Los Angeles skyline.

20. Picnic at the Hollywood Bowl