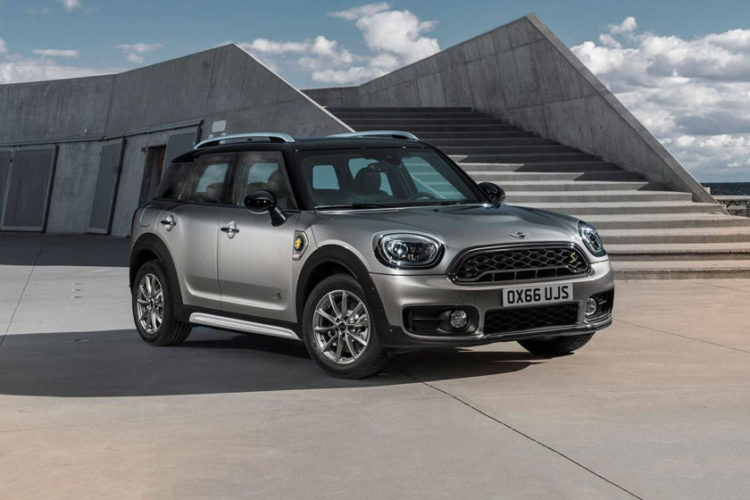 If you’re in the market for a brand new plug-in hybrid car for the 2020 model year you’re in the right place. We’ve checked into the most highly recommended brands and models that will be offered for a price tag that will come in at under $40,000. Of all of the new models coming out, we’ve carefully screened them to list only those that will save you money at the dealership, but also those that will give you the best possible mileage range on a single charge. Here are the top 20 plug-in hybrid cars that will be available in 2020. 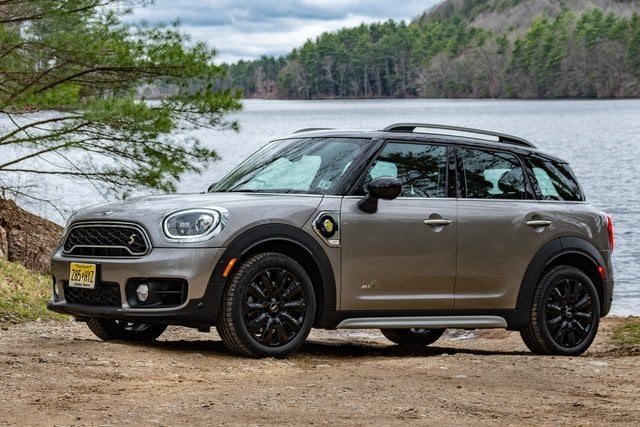 This plug-in hybrid vehicle made its first appearance on the scene in 2018. Since that time there have been a few changes. For 2020 it’s going to get an upgraded battery with a longer range. The new version will feature a range up to 12 miles in all-electric mode with a combined range of 270 with gas and electric motors. It also comes with heated front seats, sporty steering wheel designs and a host of other options. 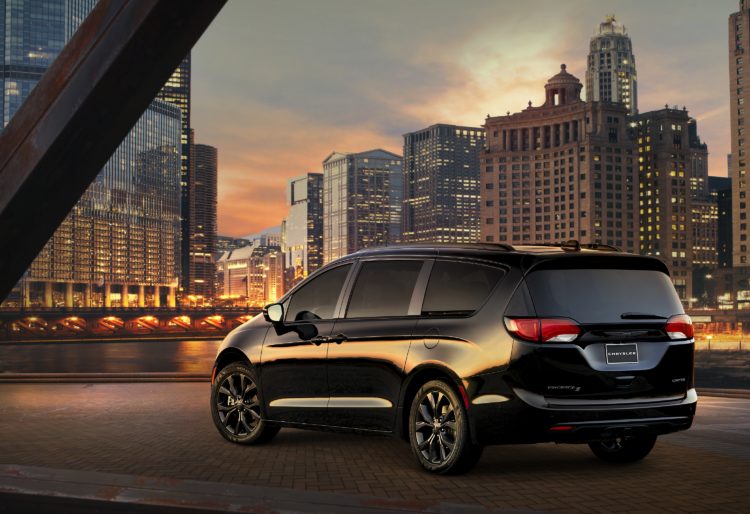 The Touring edition of the Chrysler Pacifica available in a plug-in hybrid model starts at less than $40,000. It’s a minivan that boasts a range of up to 33 miles on the battery only. The dimensions of this vehicle are204″ L x 80″ wide by 70″ in height. 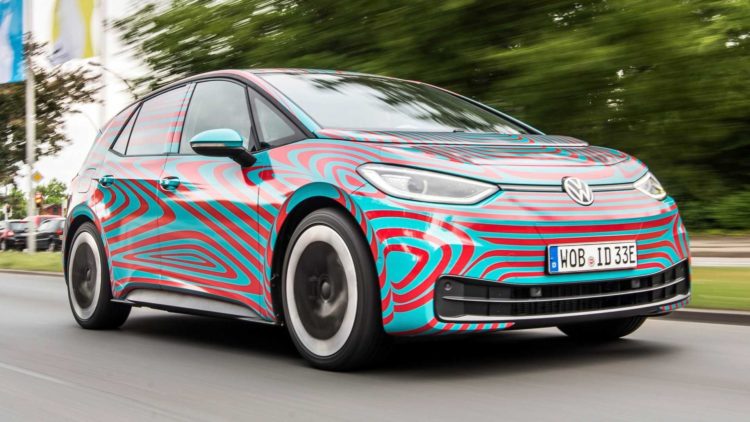 ID.3 is only available in the European market so far but there is talk that in the future it could make its way to North America. This plug-in hybrid will be available in Europe with three different battery capacities with a range between 205 miles up to 342 miles combined electric and gasoline engine power. 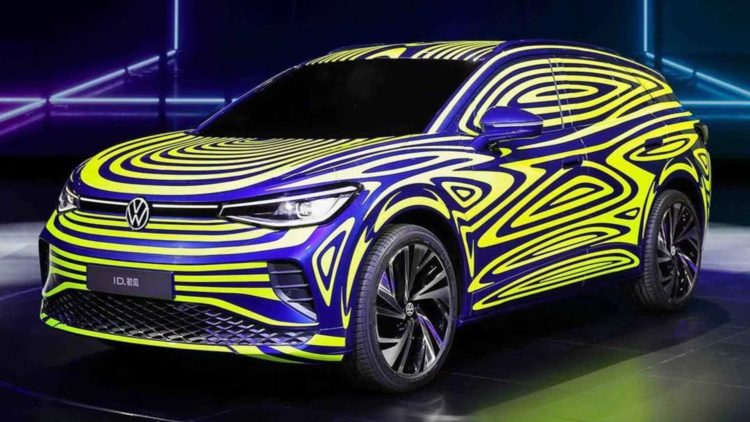 The 2020 ID.4 unlike its predecessor the ID.3 will be sold in the North American Market. It may be sold under another name but the details have not yet been released. It’s scheduled to make its appearance sometime in late 2020. This is a plug-in hybrid from the German automaker that is highly anticipated. 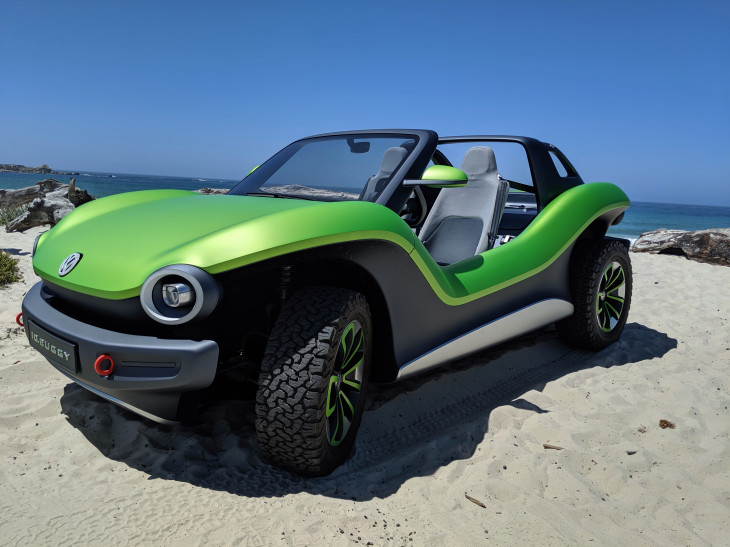 The new Volkswagen ID. Buggy is going to come equipped with a 201 horsepower electric motor that will be located in the rear. It claims a range of 250 km on a single charge. It’s going to be produced as a 2 seater with conversion capability to a 2+2 seat vehicle and if a four-wheel-drive unit is desired it can be ordered with an extra electric motor at the front axle. 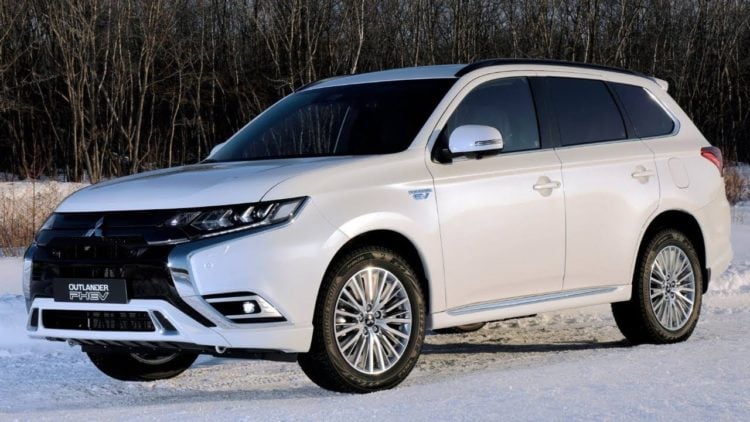 The new Outlander can achieve a range of 22 miles of travel distance when in electric-only on a full charge. It is rated at 74 MPGe combined. It comes with all-wheel drive as a standard feature. It’s one of the more reasonably priced plug-in hybrids for 2020, but there are less expensive vehicles that offer just as much. 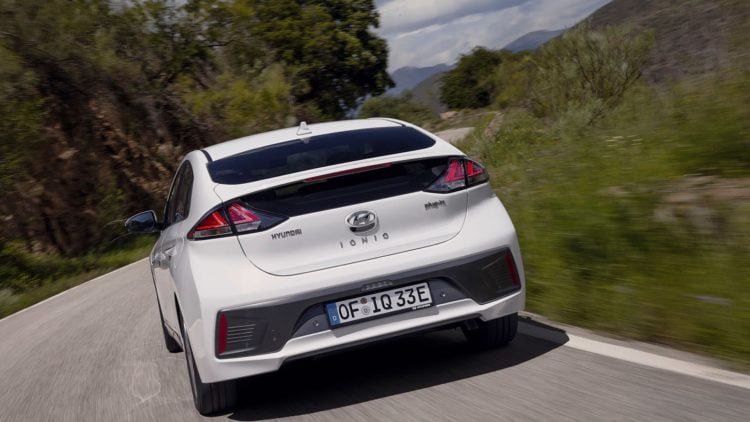 The new Ioniq is a versatile car that is offered as a hybrid, a pure EV or a plug-in hybrid. It’s styled like a traditional sedan and has an attractive appearance. The plug-in model achieves a travel distance of up to 29 miles when driven on the batteries alone. It’s one of the most affordably priced plug-in hybrids of the 2020 model year. 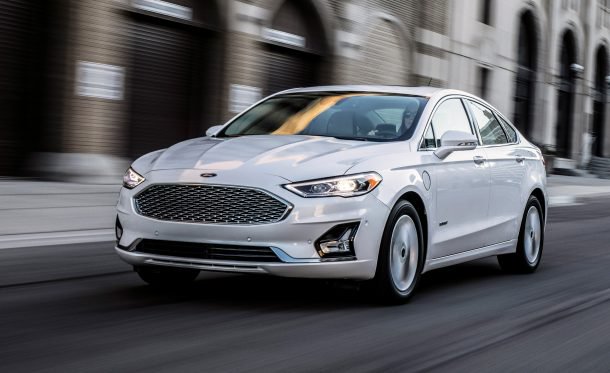 The new Energi is a mid-size car that offers a cargo volume of 8.2 ft³. In the battery-only mode, it can get up to 21 miles of distance for the range with a horsepower of 188. The engine is a 2.0-liter 4-cylinder and the total curb weight is 4.034 lbs. 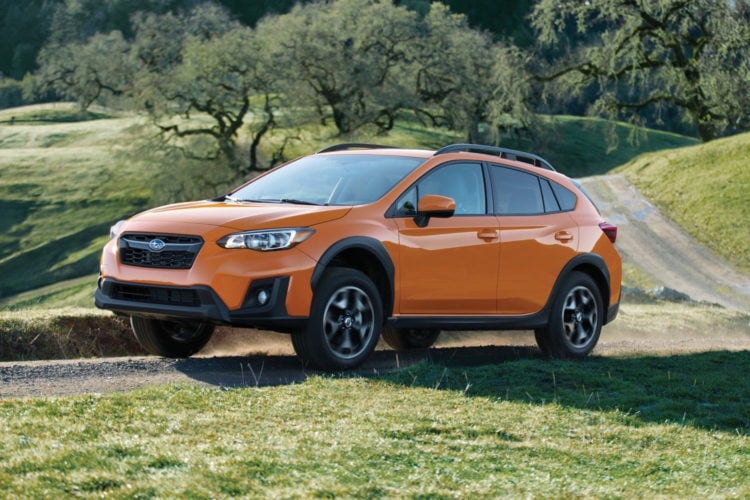 The new Subaru Crosstrek plug-in hybrid is going to get a bump of between $150-$250 which isn’t bad considering that automatic door locks will now be standard along with automatic climate control, Standard EyeSight Driver Assist Technology is also available on the models that feature Lineartronic CVT, along with the auto start-stop system. It will be available in a pure red color option which is replacing the Venetian Red Pearl and a new Magnetite Gray Metallic will replace the ark Gray Metallic color. 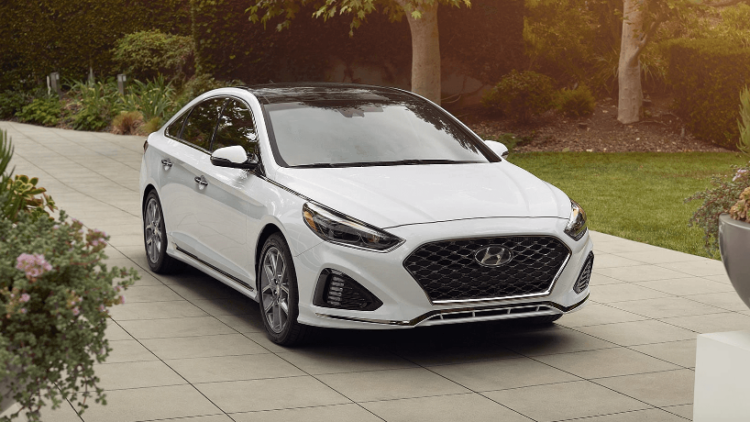 The new Sonata will first be offered in a new and innovative new model that features solar panels on the roof for their hybrid edition and this will be followed with a plug-in hybrid version later in the model year. The new car which is a part of the N Line is claimed to offer more than 275 horsepower as it was presented to the public at the 2019 New York auto show. It is an attractive vehicle that is being offered in a gas-only model as well as an electric variant for a greater economy. It’s going to be a new generation for the Sonata plug-in hybrid. It’s been rumored that the 2020 model will be issued with a suite of driver assistance aids. It will combine an electric motor with a gas-powered engine and a six-speed hybrid automatic transmission. 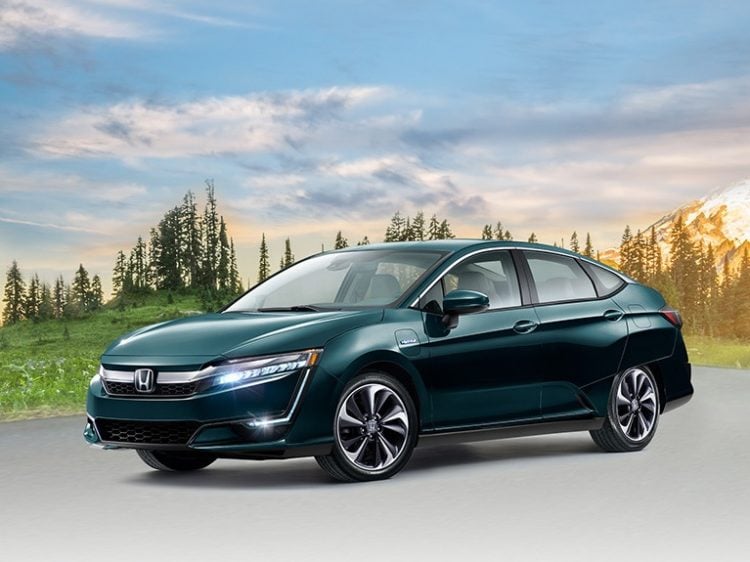 The new Clarity plug-in hybrid is going to be higher in price than the Accord, but it’s claimed to offer 212 horsepower with 232 lb-ft of torque with a 1.5-liter 4-cylinder engine combined with dual electric motors and a 17 kWh lithium-ion battery. The all-electric range of the vehicle will be up to 47 miles on a single charge with the overall estimated mpg of 42 combined highway and city. 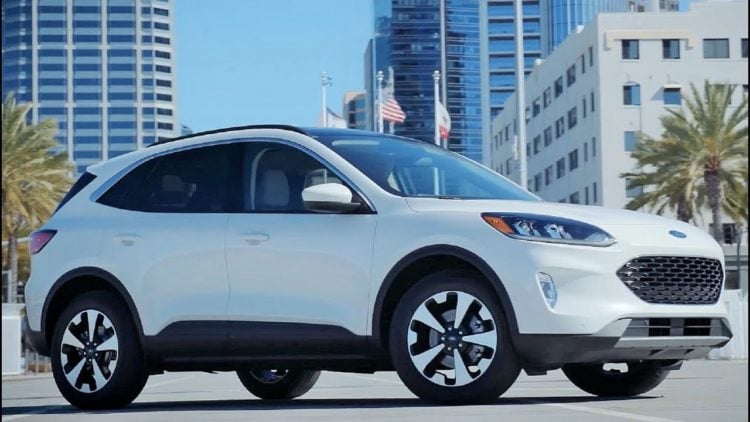 The new Escape in its plug-in hybrid format is going to come in at a price that is under $30k. It will make use of a 2.5-liter 4-cylinder engine paired with an electric motor and a lithium-ion battery. The plug-in gets a higher range battery rated at 14.4 kWh with a rating of 198 horsepower. 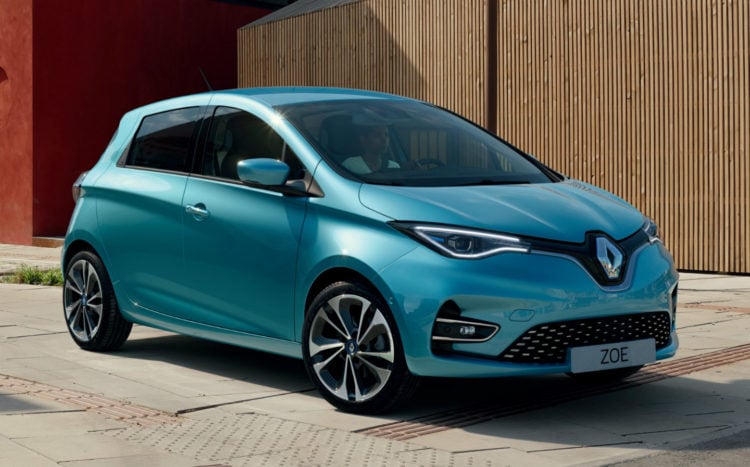 The 2020 Zoe is going to be one of the more affordable plug-in hybrid models for the new year but they’ve not been generous about leaking many of the details. What we do know is that you’ll be able to get approximately 90 miles of driving in electric mode for plugging it into a 50kW public charger for half an hour, which is impressive. To fully charge the battery from depletion will take about nine and a half hours. We also learned that the new Zoe will come out with a ton of driver aids including traffic sign recognition, systems, hands-free parking assist, lane departure warning, and blind-spot monitoring. 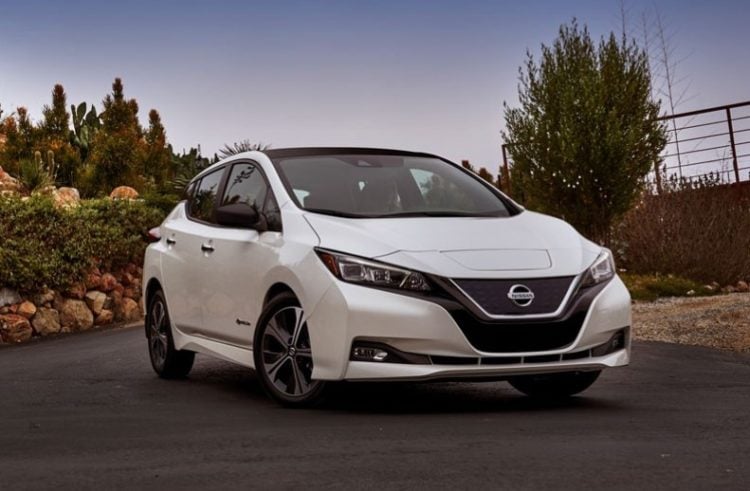 The 2020 Leaf is going to be offered in two battery size choices with a 40 kWh battery offering 147 horsepower or a stronger 62 kWh battery that cranks out 214 horsepower. The manufacturer is claiming a fast acceleration with up to a 226 miles range on a single charge before depleting the battery. 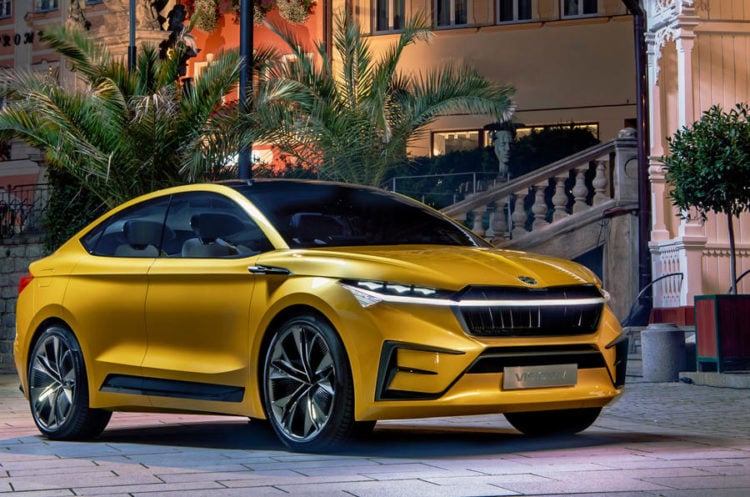 The new Skoda Vision IV is going to be priced at a little under $30,000 for its starting price. Until this year it’s only been a concept but it’s scheduled for production for 2020 in the form of a four-door crossover coupe. It’s slated to be aerodynamic on the exterior with creature comforts on the interior. 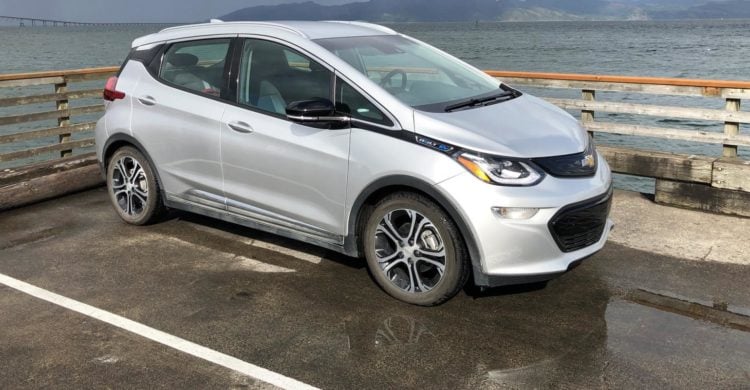 The new Chevrolet Bolt will start for $36,620 for the base model and will feature an impressive MPGe range of 127 in the city and 108 on the highway with a range of 259 miles when using the battery only. It will come with a 55kWh 350 V lithium-ion battery. The approximate charge time from empty to full for the battery is 10 hours at 220 volts so it can charge overnight while you sleep. 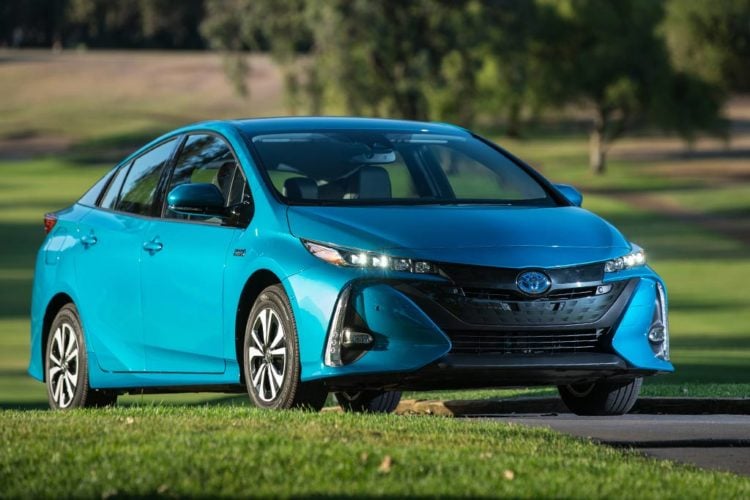 The new Prius Prime is coming out in a plug-in model of the hybrid with a larger battery capacity that will operate for up to 25 miles on battery power alone, before kicking into the gasoline power. the total range of this hybrid can go as high as 640 miles on a single charge and tank of gas, depending upon the driving conditions, speed and driving style. It takes approximately two hours to charge on a 240-volt line which is impressively fast charging. It comes with Apple CarPlay and Amazon Alexa integration with a host of potential tax credits fand robust safety aids as standard features. This 5 passenger car is an upgrade over the previous 4 passenger version and it also gets black interior trim instead of white and additional rear USB ports. The estimated combined fuel economy is 54 mpg and 133 MPGe. 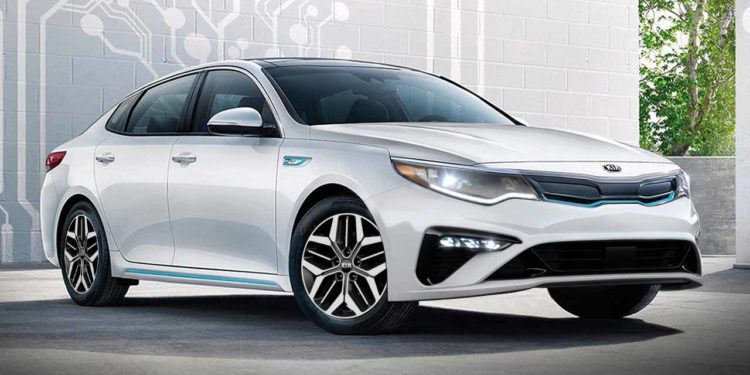 The new Kia Optima Plug-in hybrid is coming out with a few new features including updates of Forwarding collision avoidance for the S and LX models with pedestrian detection as an update. Also, the EX and SX models will feature wireless smartphone charging as a standard feature and optional on the base model. It’s a midsize sedan that offers a roomy interior with a generous safety suite as standard features. The combined fuel economy is projected at 41 mpg in gasoline mode and 101 for its MPG3 mode with 154 horsepower. 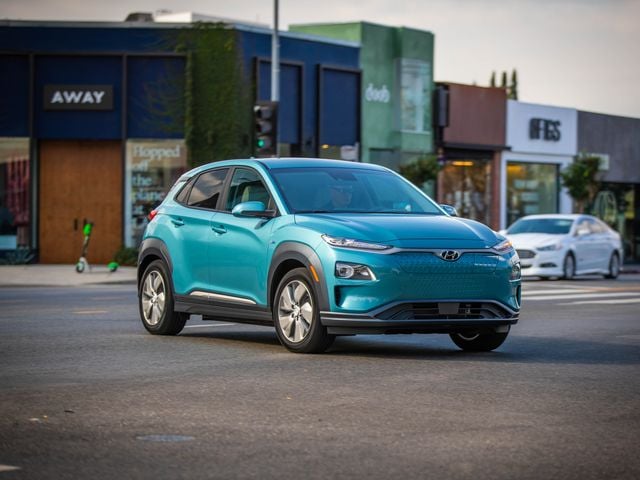 The new Kona Electric has the appearance of the gas-powered version that was released in 2019. The EPA-estimated rang for the 2020 edition will be up to 258 miles on a single charge. What we love about the new Kona electric is that it is offered at a reasonable price and comes with a ton of standard and optional features. It’s stylish and has a spacious cabin for passenger comfort. 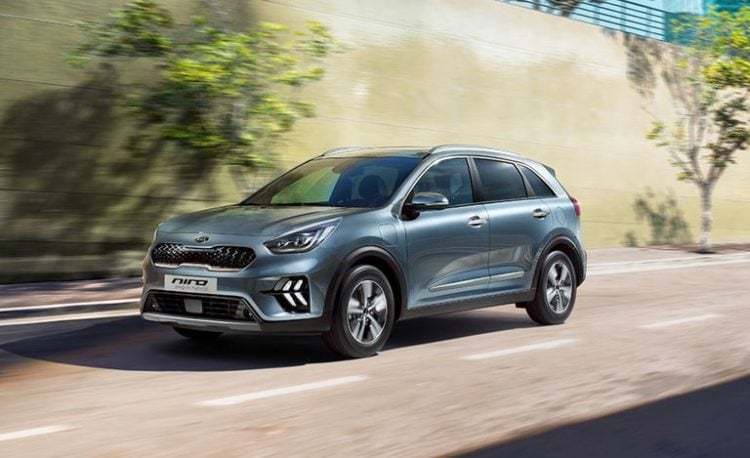 The new Kia Niro Plug-In Hybrid is a crossover vehicle that is offered at an extremely reasonable cost at the dealership and it even saves money in fuel economy. The EV version claims a range of up to 239 miles and the base hybrid gets up to 52 mpg with the plug-in version at 26 miles of travel on the electric-only range, and then the gasoline engine takes over. 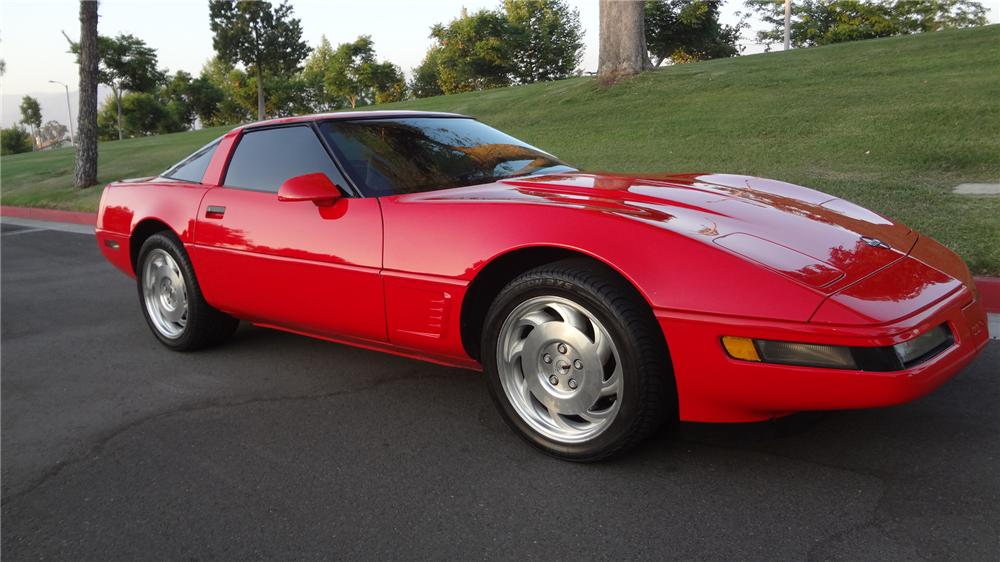 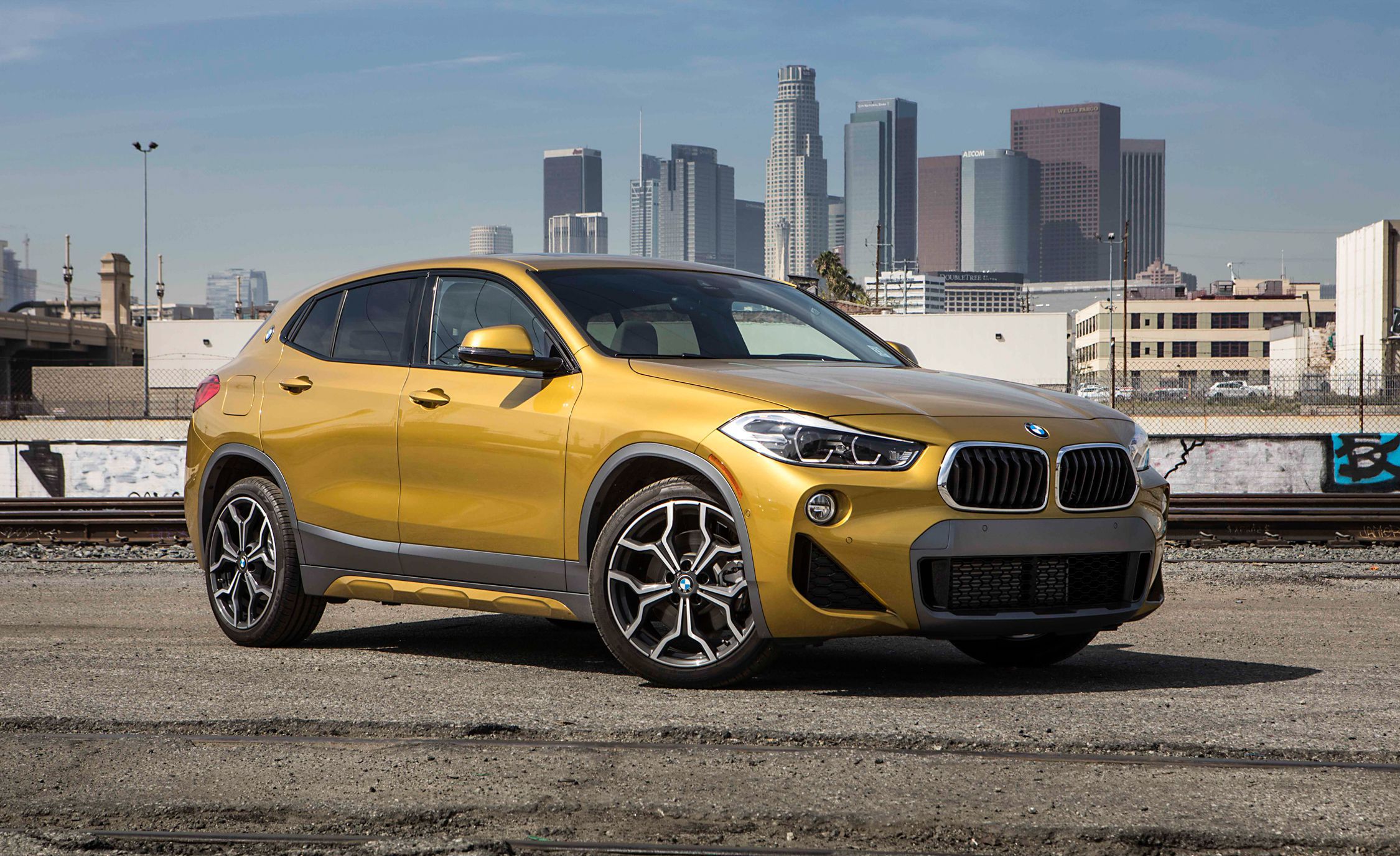 BMW‘s new 2018 X2 model is a unique new crossover that promises to deliver on compact size with a lively performance and handling. For a small CUV, it’s worthy of further inspection and consideration. We… 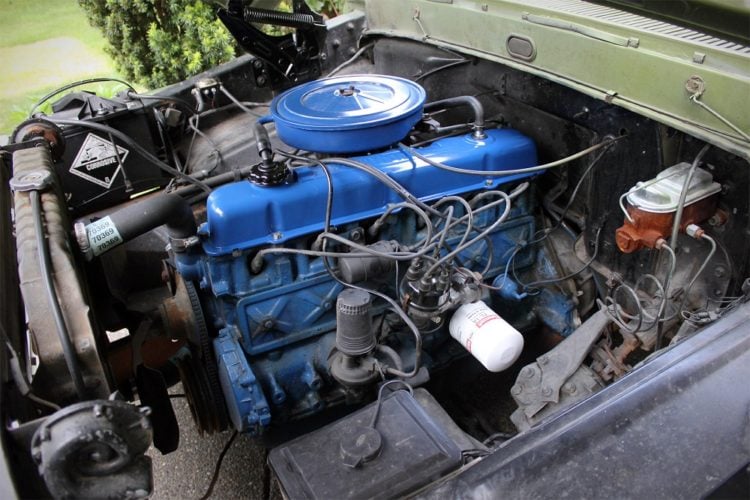 Famously known as the “King of the Road,” Henry Ford’s 300 inline 6 engine was a staple in American culture. The six-cylinder inline engine was used by many car manufacturers and became popular because it… 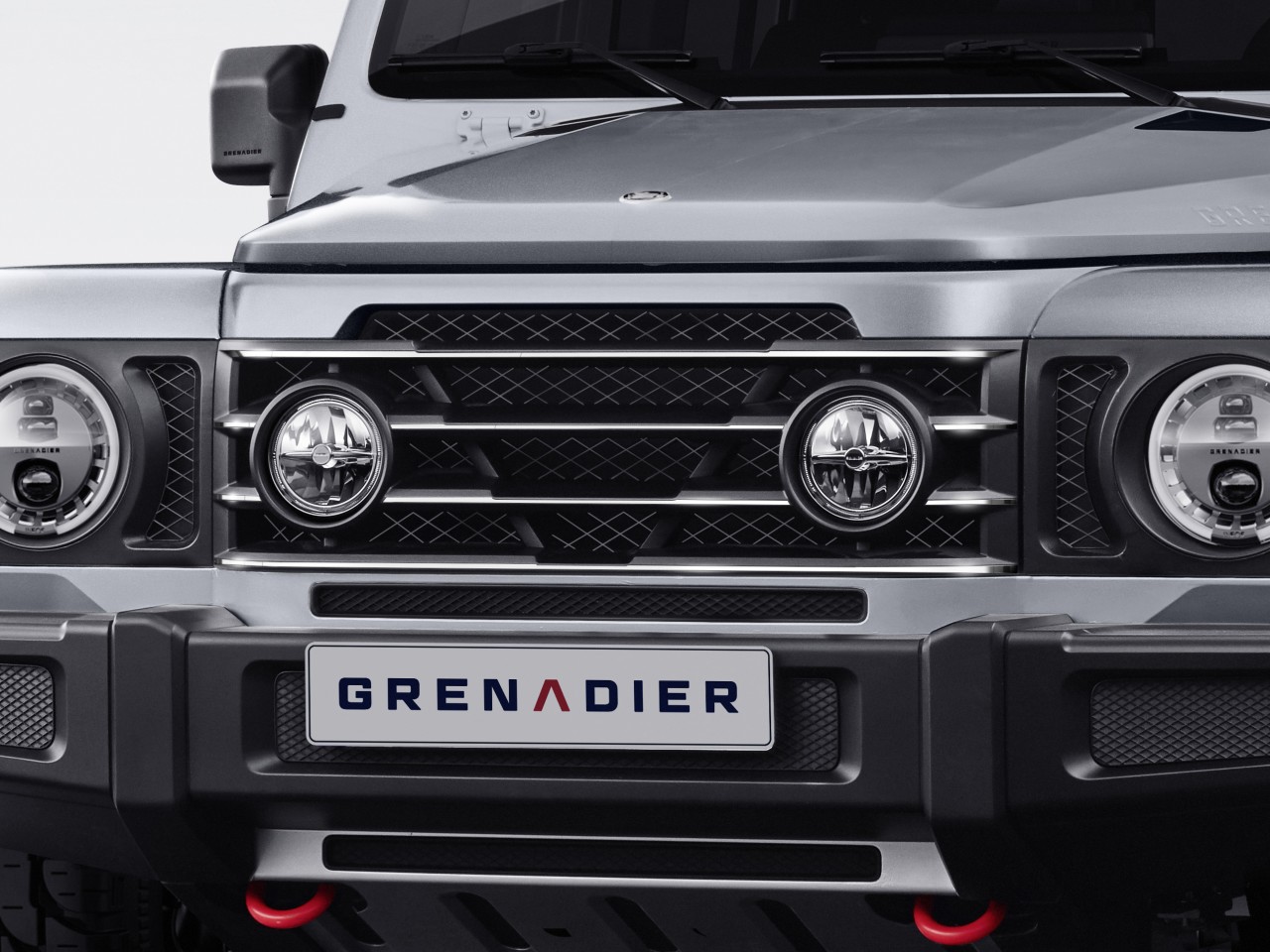 Serious off-roaders, explorers, agricultural workers and more require a vehicle that can withstand the pounding offered up by the environment in which they function. Enter the INEOS Grenadier.Built from the ground up, based on an… 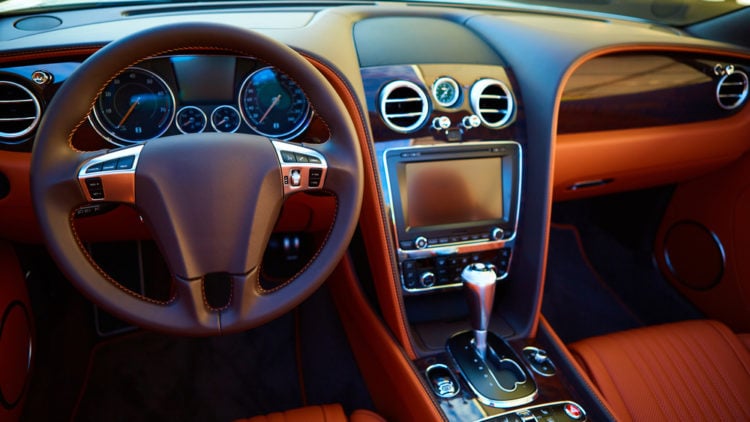