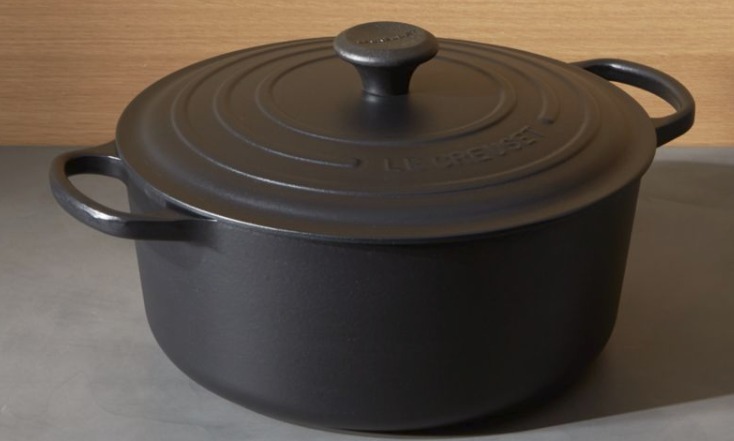 Serious cooks and campers know that a great cast iron Dutch oven is an indispensable piece of cooking equipment. Dutch ovens are great for making stews, braising meats, putting together savory one pot meals and even making yummy desserts. There isn’t a Boy Scout alive who hasn’t experienced a Scout cook-out or Jamboree without having something scrumptious to taste from one. For home cooking, a Dutch oven is comfortable on the stove top and in the oven. For campers, the sturdy ovens offer a great meal cooked over a campfire.

Though Dutch ovens in the past were made of bare cast iron which required regular seasoning with vegetable oil and some gentle cleaning expertise, today there are also enameled versions which cover the bare cast iron to help keep rust spots from forming and allow for easier clean-up.

The most important features to look for in an excellent Dutch oven are its capacity, its ease of use, how easily it cleans, and its durability. Cast iron Dutch ovens weigh anywhere from 13 to 18 pounds, or so, and its best to buy those which will hold about 6 quarts. The best enameled interiors are light colors. Wider pots with at least 9 inches of cooking service are more efficient than tall and narrow ones. Looped handles are much more comfortable to hold and more secure to grip.

That being said; here are five of the top Dutch ovens available in both types. These are the ones at the top of nearly every list of best Dutch ovens, and for good reason. 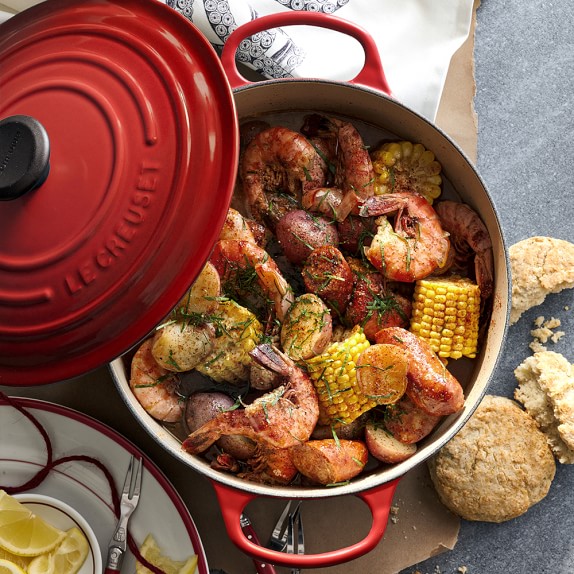 This long-standing favorite is considered the best of the best in the world of Dutch ovens. It’s usually the most expensive, too, often priced somewhere near $300 to $400. It has large handles so its easier to grip. The brand has superior heat retention and distribution, and the exterior enamel resists cracking and chipping which is often the downfall of lesser brands. It has a very nice heat-resistant phenolic plastic knob. It comes in many popular colors in addition to the ever-popular, signature red. The pot is designed to withstand temperatures up to 500 degrees. Foods can be fried, braised, boiled, and baked in it and that’s a large reason why it’s maintained the top ranking for so long. The Le Creuset is heavy, but it’s designed to last for generations. Many who own them consider them heirlooms to be handed down to children and grandchildren. 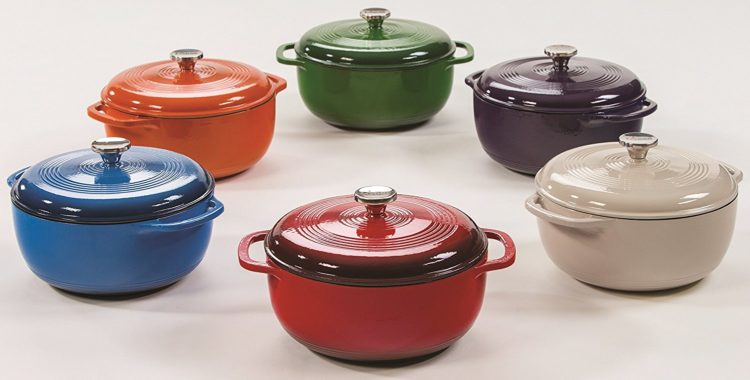 This is an enameled pan which performs very well at a price point of about $55- much less than the Le Creuset. The Lodge has an enameled interior which is light colored, and this makes it easy to keep an eye on the browning process. Foods may be seared evenly, with just the right amount of crispness. The sides of the Lodge curve a bit outward and this makes it easier to stir foods and keep them from sticking to the sides. It also makes cleaning it quicker. Because the sides aren’t straight, like the Le Creuset, this Dutch oven doesn’t fry as well as its top-of-the-line brother, but it holds its own with other cooking methods. The knob on the lid isn’t heat resistant. It also weighs 14.7 pounds, and this is heavier than the Le Creuset. This is an excellent first oven for someone new to Dutch oven cooking. It also is good for someone who wants one but won’t use it frequently. This model Lodge is the portable, pre-seasoned camper’s favorite. It has a flanged lid to hold hot coals and it can be inverted to make a nice griddle. The legs are designed to sit over a campfire for slow cooking. The company is famous for these Dutch ovens. Since 1896, the family-owned company has been making these camping stoves in Tennessee. Priced at about $74, these are capable of cooking stew, roasting chicken, and even making apple cobbler for dessert. With a price point of about $84, this Dutch oven is very similar to the Le Creuset. It has a wide cooking surface, a light-colored interior to make it easier to see what’s cooking, and its sides are low and straight which makes it easy to work in and very efficient. The handles are smaller than the Le Creuset and it weight 3 pounds more, bit it is several hundred dollars less. It also comes with a lifetime warranty, which is good, because its lid and rim have been known to develop cosmetic chips over time, which doesn’t tend to happen with the pricier Le Creuset. The Cuisinart is a lighter cast iron model, but it still has the ability to conduct heat evenly and well. 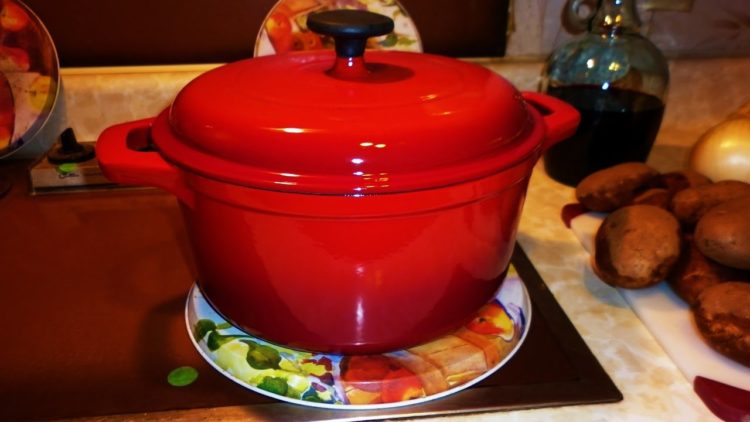 This Dutch oven is one of several outliers which did very well in cooking trials and customer reviews. It runs about $80, which makes it one of the less expensive options. But it performs well, with even heat retention and more contemporary styling. The porcelain enamel cooking area is free of PFOA and PTFE, so foods don’t react to it. It’s also easy to clean. There are condensation ridges on the lid’s interior which help keep foods moist because it literally self-bastes foods while cooking. The lid has a knob made of stainless steel which is oven safe. It is oven safe to 450 degrees and must be washed by hand.