Home
Travel
The Best Places to Watch Fourth of July Fireworks in the U.S.
Prev Article Next Article 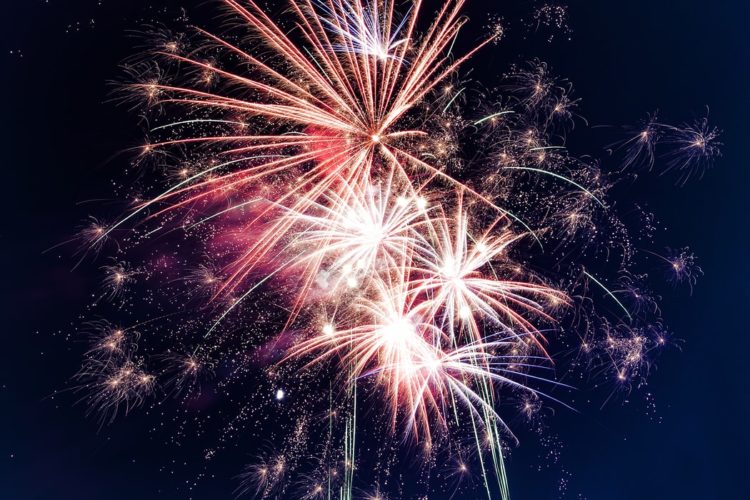 From sea to shining sea, or more aptly the Atlantic Ocean to the Pacific, the United States is filled with unique, lavish places to marvel at fireworks displays in honor of the country’s Independence Day. Be it a bayside spectacle in San Diego or a patriotic extravaganza in the nation’s capitol, these are some of the best places to watch the show this Fourth of July.

What better place to commemorate America’s birthday than America’s birthplace? Head to Philadelphia’s Benjamin Franklin Parkway, appropriately named for one of the nation’s founding fathers, and revel in patriotic festivities all day long. The massive festival is free to attend, with food, art, musical performances by the likes of this year’s headliner Mary J. Blige and activities, including a zip line. It all leads up to a fireworks display at 9:30 p.m. over the Philadelphia Museum of Art.

Another one of the country’s most historic cities, home to a myriad of important events and establishments in American history, Boston is a particularly fitting place to settle in for the U.S. holiday. The city takes it seriously too, pulling out all the stops for a series of events over the weekend preceding the holiday and the day itself. This includes Harborfest Fireworks off the downtown waterfront, Chinatown’s Main Street Festival and concerts from the Boston Pops on the Esplanade both July 3 and 4. It culminates with drum rolls and actual cannon fire after the concert, followed by more fireworks over the Charles River. Since the concert runs into the night, the fireworks don’t start until around 10:30 p.m., when several barges floating in the middle of the river blasts off about 10,000 fireworks up to 1,500 feet in the sky.

An all-important destination for this all-American holiday is the nation’s capitol. Each year, Washington, D.C. does it up right with a marvelous fireworks demonstration over the National Mall, and you haven’t truly experienced the holiday until you’ve seen the Lincoln Memorial or the Washington Monument lit up in hues of red, white and blue. Put on by the National Park Service, the free-to-attend event begins at 9:09 p.m. on July 4. While in town for the holiday, there’s plenty of other patriotic things to partake in too, like the annual National Independence Day Parade at 11:45 a.m., a free concert on the U.S. Capitol on the West Lawn and free museums like the Smithsonian African Art Museum and the National Museum of American History. Also, important artifacts like the Declaration of Independence and the U.S. Constitution are on display at the National Archives.

Snagging a hotel room for the holiday is a good idea if you’d rather not grapple with incessant crowds in a park. The Atlanta Renaissance Waverly is one of the best options for holing up and enjoying the show from the comforts of your own quarters. Why? The hotel has ballpark-view rooms that overlook the brand-new Braves SunTrust Park, where Atlanta’s main fireworks display takes place. Fireworks out of a baseball stadium? Doesn’t get much more American than that.

Bring the brood and make a whole day of it at Houston’s Eleanor Tinsley Park, where Americana activities and events get underway at 4:00 p.m. For a small entry fee per person, attendees will be treated to an evening of games, food and music performances by country star Hunter Hayes and DNCE. After the music, fireworks take center stage over the park, with the Houston skyline as the backdrop.

The main fireworks display in Chicago can be seen rocketing off Navy Pier just east of downtown’s skyscrapers. Since it’s essentially launching off over Lake Michigan, the show is easily seen from a variety of angles, especially rooftops in River North and the Loop, and beaches lining the waterfront. The best vista, however, is from the lawns along Museum Campus about a mile south of Navy Pier. Like the Pier, Museum Campus juts out into the lake, providing an unhindered view of the fireworks as they explode over the city’s shimmering skyline. The show starts just after sunset, once the sky is sufficiently dark.

Each July 4th, the San Diego Bay illuminates with the explosive glow of a massive, destination-worthy fireworks showcase, otherwise known as the Annual Big Bay Boom July 4 Fireworks Show. Starting around 9:00 p.m., this is one of the largest displays in the country, with fireworks ignited from four different barges throughout the Bay. There are plenty of places along the water for optimal viewing, but best areas are Shelter Island, Harbor Island and Coronado Landing. Unless of course you have a boat of your own, in which case that’s the ideal front-row seat. Added bonus: if you’re looking to really maximize the Americana of it all, head to the Coronado Island Marriott Resort & Spa, which hosts an annual BBQ dinner on the pier for the holiday, with prime views of the fireworks.

Perhaps a more unexpected place for Fourth of July merriment, Charlotte features an impressively festive fireworks event at The Ballantyne, a Luxury Collection Hotel, Charlotte. The majestic, sprawling property feels like a trip back in time, to an era of luxury, afternoon tea, cottages and rolling green hills outfitted with pristine ponds. It’s a great place to be for all the festivities lined up for the Fourth, including a lawn party with live music, food trucks, local beer, games and fireworks on the evening of July 1.

Macy’s really has a monopoly on holiday spectacles in New York City. From the world-famous Thanksgiving Day Parade to the Fourth of July Fireworks, the company definitely knows how to put on a good show. For more than 40 years, the event has taken place on the East River, becoming one of the biggest displays in the U.S. Set off from barges lining the river from 24th Street to 41st Street, the best views are from waterside parks in Brooklyn and Queens, especially Brooklyn Bridge Park, and it all goes down around 9:25 p.m.

Come July 4, everyone in Seattle flocks to the shores of Lake Union to marvel at the immaculate display of pyrotechnics brightening the night sky. Starting at 10:20 p.m., the 20-minute spree features some 9,000 pounds of fireworks lit from a barge in the lake. If you can snag a seat, the best views are from one of Argosy Cruises boats. The company runs a select few cruises each holiday, getting passengers up close and personal to the show above their heads. Otherwise, head to Gas Works Park for a spot on a lawn or the hill. For the Fourth, the fireworks at Lake Union are apart of Seafair Summer 4th, a festival that runs all day with beer tents, pie-eating contests, games, sack races and more.