Home
Business
Can ALOHA Be a Force in the Organic Food Market? 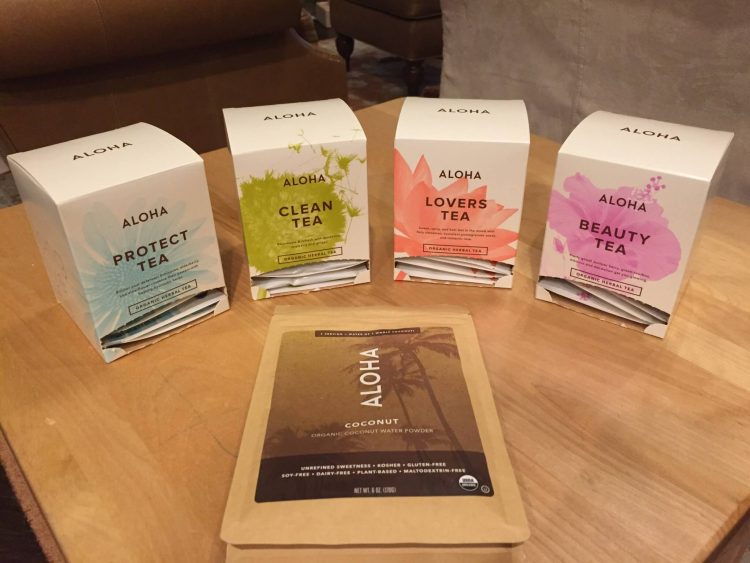 Constantine Bisanz is an entrepreneur. To be exact, he is a successful entrepreneur who has founded a number of companies before moving onto something new, with the most famous example being Brands4Friends. In brief, that particular business was a provider of e-commerce solutions that had become so successful in Europe that Bisanz was able to sell it for $220 million to eBay in 2011, which still speaks volumes about his business skills.

Regardless, when Bisanz sold Brands4Friends, he came to the realization that he was no longer interested in just building up companies and then selling them to others in spite of the rewards that a string of successes had brought him. This convinced him to head out to India, where he proceeded to learn about yoga, Indian meditation, and Indian philosophical practices. In time, he came to the realization that he wanted to make a real difference in people’s lives, which is why he set out to start up ALOHA in 2014.

On ALOHA’s website, it states that it has become harder and harder for people to live in a healthier manner. In part, this is because of the misinformation circulated by an often credulous media, which makes it difficult for consumers with limited time to spend on such matters to sift out the truths from the lies so that they can make the right decisions for themselves as well as their families. However, ALOHA also believes that people are being exposed to more and more hazards in their environments, which combine with the constant stress in their day-to-day lives to create a serious threat to their continuing health and happiness.

Given these statements, it should come as no surprise to learn that ALOHA is one out of countless companies promising a solution to these problems, which have become more and more relevant as consumers become more and more aware of them. For an example of their economic potential, look no further than the fact that the Organic Trade Association claimed an astonishing $43.3 billion in sales in 2015, which goes a long way towards explaining the saturation of the organic food market as well as its related markets. With that said, while Bisanz’s previous successes should instill confidence in those who want to see ALOHA succeed in meeting its stated intentions, it is this saturation of the market that makes it interesting to see whether it will succeed or not.

What Does ALOHA Do?

First and foremost, ALOHA sells health foods meant to promote the health and happiness of their customers. Like a lot of its competitors, it believes in using nothing but the best natural ingredients to create simple products that will please consumers instead of misleading them through not so straightforward marketing. Furthermore, it is interesting to note that it believes in ethical practices as well, which should reassure those who want to be not just eco-conscious but also ethical in their eco-consciousness.

To support these points, ALOHA’s first couple of products were what it called The Daily Good and The Foundation. The first was a dried green juice powder created using natural ingredients such as lemon, berries, mushrooms, and moringa leaves while excluding the fillers that see so much use in other juices that can be found on market shelves. Likewise, the second was a packet of vitamins that sought to avoid some of the problems that can be found in other vitamin supplements, which are sometimes either useless or even in rare cases, detrimental to their users. Since those initial successes, ALOHA has gone on to launch more products along these lines, which in turn, have managed to find receptive customer bases.

However, it is important to note that ALOHA’s desire to promote the health and happiness of its customers is not limited to its products. For example, it publishes resources on its website for interested individuals, which explain how people can make the best use of its products as well as other information meant to promote personal well-being. It could be said that this is the right approach, seeing as how good health is based on not just good nutrition but also regular exercise, social interaction, and numerous other factors, meaning that a combined approach is not just helpful but also critical.

What Are ALOHA’s Future Prospects?

ALOHA started out strong, as shown by the fact that Bisanz managed to secure $4.5 million in seed funding, which was perhaps not too big a surprise considering his string of successes with his previous companies. Most of the seed funding came from three venture capital firms, but it is interesting to note that there were 30 other investors involved as well, which shows the sheer range of people who believed in the money-making potential of his newfound vision.

Assuming that ALOHA continues to carve out a place for itself in its chosen market as it has been doing under Bisanz’s guidance, it seems possible that it will go on to greater things in addition to its health foods. While it is still far from realizing them, it has big plans for its future expansion, which consists of not just new products but also new markets entirely. For example, Bisanz’s eventual goal is to create multiple resorts situated in the most peaceful settings that can be found in the entire world, where visitors will have the chance to learn more about ways to better manage their lives for healthier outcomes. In the meantime, however, he is more interested in setting up ALOHA cafes, which will serve as a stepping stone by providing a place where people can eat well with maximum convenience.

Ultimately, Bisanz’s goal is to democratize wellness by bringing all of the products and services that are available to a select few at the moment to a much, much bigger segment of consumers. While this is ambitious, its money-making potential matches the scale of that ambition, meaning that ALOHA could become a big player not just in the organic food market but also in the wellness market as a whole in the future.